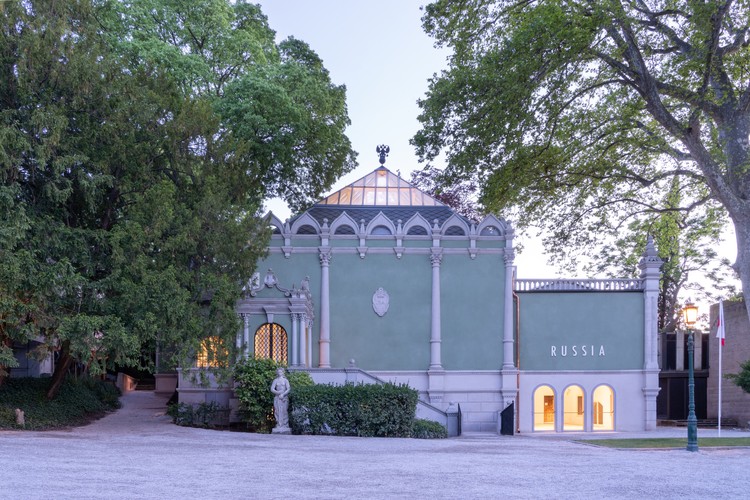 The transformation project began this year by devising a new spatial contract that occupies the tension between the physical renovation of the pavilion and the creation of its online counterpart. Today the seat for the renewed institution of the Russian Federation Pavilion draws on ‘care’ and ‘inclusivity’ as a model to establish more empathetic and meaningful connections between built and digital environments, people, and ecosystems.

The original architecture of the Pavilion was defined by the porosity between its exhibition spaces and their surroundings - with a terrace overlooking the lagoon, a lavish staircase along with one of the main avenues of the Giardini, several outward openings on all sides towards nature, and the large skylights that are the defining features of the building. Another original feature of the Pavillion was its green facade, originally intended to blend in with the trees and greenery of its setting, and then changed into yellow after World War II.

Over time, several modifications to the envelope of the building have led to most of its windows and doors being closed off entirely, thereby devising an introverted box. While on the inside, the floors of the central and northern rooms were raised to expand the exhibition spaces beneath on the ground floor. Additionally, a series of structural issues over the years have led to compromises in its usage.

The renovation project revives the original spirit of Schusev’s architecture, forging a character that speaks once again of openness and transparency, interpreting the historical traces ingrained in the building. The upper floor is now restored to its original appearance, with its white walls and durmast flooring, while the ground floor is conceived as a rough, experimental space. Windows reopened, doors transformed into glazed surfaces, and the façade returned to its original color.

Accessibility and circulation are improved by the addition of an elevator and new stairs in the northern room designed to mark the original height of the floor and recover the view of the terrace and the lagoon beyond it. The re-opening of several doors, built originally at the end of the 1960s on the level with Giardini, introduces the opportunity to reverse the circulation path of the building, opening up the exhibition spaces directly on the ground level.

The northern room, as a new feature of the renovation, is now suitable for large scale installations with the possibility of turning it into a double-height: a temporary floor is installed on a series of beams rolling along with the balcony of the new staircase, devising a space that is able to adapt to different curatorial demands.

In the central room, the removal of a circular stair introduced in 2016, leaves space to another operable floor located in the center of the space: acting as an oversize manhole, this device too allows to connection or disconnect the two levels in response to artistic needs.

The ground floor is instead transformed into a porous space, generated by the introduction of a series of portals that connect each room, a new bathroom, and a new gallery under the terrace – the latter, made accessible for the first time, expands the repertoire of exhibition spaces and curatorial formats.

With its history as a home for Russian culture for over 100 years, the architecture of the renewed Russian Federation Pavilion turns today into a theatrical machine for contemporary arts. It establishes new spatial connections and alternative possibilities for producing and exhibiting. This enables visitors to redefine the meaning of cultural institutions, engaging with different models of care towards architecture, people, and ecosystems. 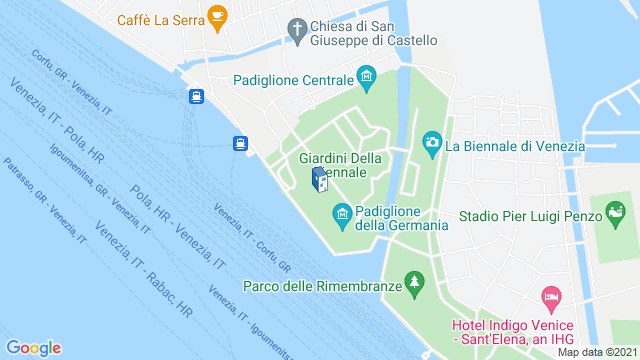 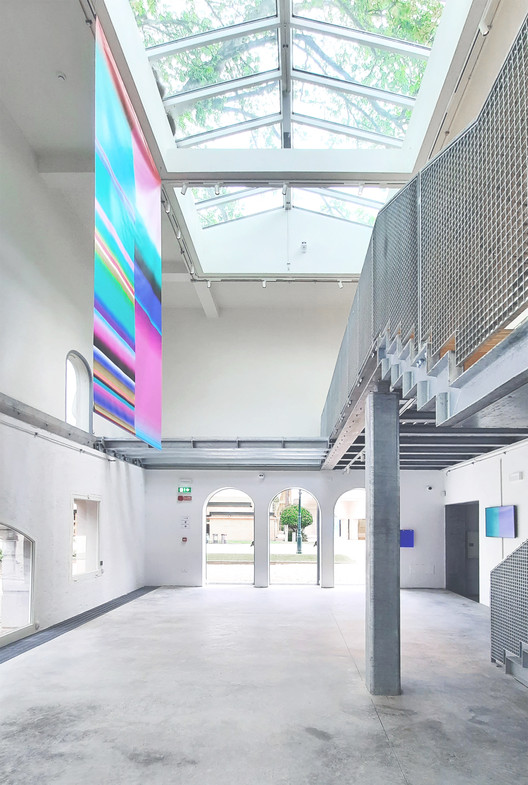 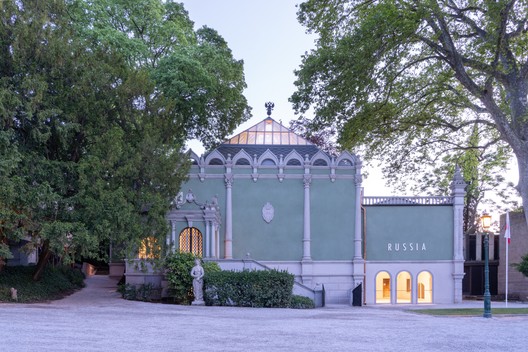