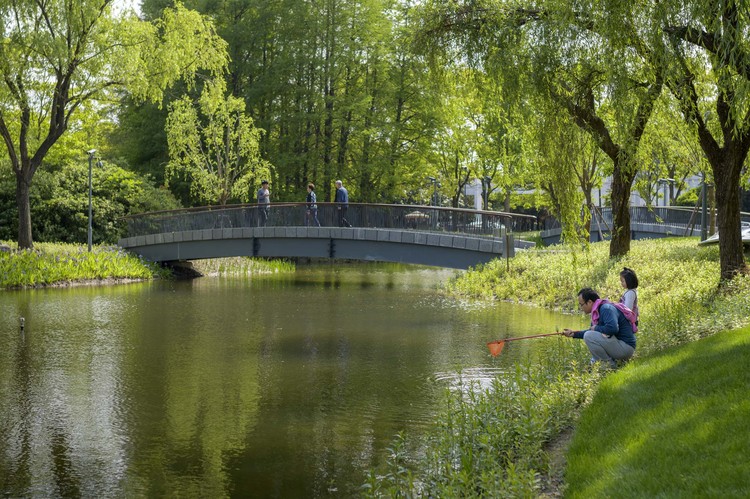 Text description provided by the architects. Zhangjiang Art Park is located in the core of the northwest area of Zhangjiang Science City in Pudong, Shanghai. Originally two, adjacent parks divided by the Chunxiao Road in the middle, the north and south parks which were built in different eras and with different landscape styles. The park on the north side was designed with an open character, while park on the south side was densely forested. In addition, the Zhangjiang Contemporary Art Museum is located in the southern park. Over the years, this southern park accumulated a large number of free-standing outdoor sculpture works, which were densely placed in the limited space around the museum.

West 8 led the overall planning and landscape design of Zhangjiang Art Park and cooperated with local consultant teams including the landscape department of the Tongji Architectual Design (Group) Co., Ltd. for the developed design and construction supervision.

Under the urban reconnecting principle of the green framed park, a brand new waterfront boulevard is extended along the park edge of Bibo Road. On the widened pedestrian walkway, the three-color overlapped paving pattern emphasizes the importance of this location as the core “show- off space” as the charm of urban life. At the same time, it also acts as the landscape ridgeline between the soft and green park on the inner side. The clear lake and lush flowers and trees slowly spread out along the east side of this main traffic axis.The diverging park paths and the pedestrian bridges across the water give the urban crowd on the boulevard the flexibility to enter or leave the park at any time. The waterfront boulevard is like a zipper, stitching the previously separated parks and urban blocks together. This project is proof that integrating Landscape and urban development drive, coexist and prosper each other, together.

On the south side of the park, the Zuchongzi Road with its heavy traffic and Zhangjiang High-tech Metro Station are facing the axis of Zhang Contemporary Art Museum. The entrance plaza, covered by the cherry tree canopy, faces the turbulent traffic to declare the main entrance of the park and strengthen the axis towards the Art Museum. The lush canopy filters out the noise of the Zuchongzi Road and brings people into the green environment of the park step by step. The transformation of the museum axis respects the original layout. The large trees that have grown over the years are kept. At the same time, the space under the trees are cleaned and unified with a coherent design language. The space in this area, which has been gradually scattered over the years, is now reorganized into a clear and linear space, a three-layer axis of "museum - green trail - waterfront walkway".

The original paths in the park have been reorganized and adjusted. The existing foundation that can be reused is recycled as much as possible; whereas the park paths which hinder the overall accessibility of the future park is decisively removed. The selection of hard landscape materials are a comfortable and low-key gray color: The main pathways uses gray asphalt which is suitable for jogging, the secondary pathways use traditional and stable blue-gray bricks.

30 cm wide granite curbstones, wider than the general park path, and small cobble stones are holding the path in place on both sides. Besides visually delicate and stable, it is easier to transfer to and easier to maintain the soft green on both sides. As the extension of the drainage slope of the path surface, the cross-section of the curbstone is a gentle curve, akin to a pillow, as a cushioned edge to the soft terrain. "The soft hardscape" - the gentle and soft look and feel bring an unexpected closeness to the sharp and hard granite and brick landscape.

The artworks, previously densely placed in the park on the south side, are now the hidden treasures of the combined park. During this renovation, the artworks were rearranged, repositioned and relocated in both north and south parks of the park. Against the backdrop of the newly designed terrain, water features and vegetation communities, these artworks with their own independent stages turn to be the most representative focus points in the park an provide a unified theming to the combined parks.

The original lake and waterways in the park are not only the main elements dividing the park spaces, but also an important stage for the display of the artworks. The transformation of the park needs to start with the transformation of the water body. Water bodys that had been disconnected due to siltation were relinked. After the silt is cleaned up, ecological water plants that can improve water quality are planted on the bottom of the water. The former muddy water body once again became a leisure place for citizens to congregate. Large surfaces of lush flowers are planted on the sloping banks. Today, you will see sculptures are lying on the waterside, as nature and art are both expertly highlighted with the changing of the seasons.

Another important measure for this renovation was the cleaning up of the garden-style bushes in the park. After years of growth, due to the lack of coherent maintenance standards, the middle and lower vegetation in the park had become overgrown and dense. People who often visited the area were not aware of the existence of the park. This overgrown, dense planting was a symptom of the former classical garden-style multi-layer planting strategy. Today, the park’s accessibility, safety and public awareness is greatly improved.

A civic park located in the city center needs a matching planting strategy. After rounds of scheme comparisons, the client’s project management team and the design team together determined to remove the medium-high shrubs. Planting in the range of 0.8-2.0-meter-high which blocked the sight and tourist activities were removed to create a type of landscape that can become an public open space in the city: a sparse forest with grass field. Today, the opened-up park has far-reaching sight-lines, a comfortable atmosphere and casts welcoming green shadows. The open layered green spaces and the city-park feeling help to eliminate the previously cramped, unsecured park.

Comparatively, the current tree species in the park are very rich. After years of growth, the canopies of the transplanted trees have opened and fully stretched to form a covering that is incomparable by newly-built parks. While making the transformation strategy, besides the necessary cleaning and removing, most of the well-growing trees have been retained. The area where new trees must be added is purposefully controlled within the range of the two tree species: zelkova is placed on the boulevard and swamp cypress is planted within the park. This maintains the diversity of the original trees, but avoids a messy or cluttered view.

Combined, the North and South parks have a large and one small open, sunny lawn, providing space for recreation of leisure activities for visitors. Under the shade of the trees are winding, undulating ground cover belts, all below one meter of height. In accordance to the growing environment, the ground cover belts are divided into four colorful themes: thick shade, evergreen, rhododendron valley and a four seasons herbaceous border, which provide contrasts with the neutral color, uniform style, simple and low-key hard landscape. The selection of plants is not only full and natural, but also easy to maintain. The design team carefully avoided using plants with artificial textures or appearances, or species with uncontrollable growth stages or appearances in certain seasons. Walking on the park paths, passing through the patches of plant communities with seasonal colors and different themes, it is a treat for the eyes and also emphasizes the people-oriented design goal of the park: nature as a priority, hardscape as background.

West 8 believes that, within a transformation project, there is a need to challenge and propose practical implementation methods and understand the issues regarding a renovation. Especially in the later stages of the project, there will be various on-site emergencies, requiring both owner and the designer to make corresponding compromises according to the adjusted timetable, cost, specifications, and underground excavation conditions.

A project can easily deviate from the original total strategy due to various trivial and intensive external pressures, leading to the fragmentation of space and the disorder of design vocabulary. In this project, the close cooperation between the client and the designers is particularly crucial. The designer must provide the client with objective and reliable explanations and provide suggestions from a professional perspective to help the client maintain a holistic perspective to make long-term decisions. This process includes not only the overall control from the urban design perspective, but also the persistence on unities in the process of detail adjustment.

Within this project, hard work brought great rewards. The natural advantages of the site --- large trees with beautiful shapes and excellent artworks laid an irreplaceable atmosphere for the park at the first moment after opening. Because the natural environment already passed the test of time, the new park "framework" provided by West 8 has provided a high-quality open space which will benefit the surrounding city and neighbourhood for a long time in the future. 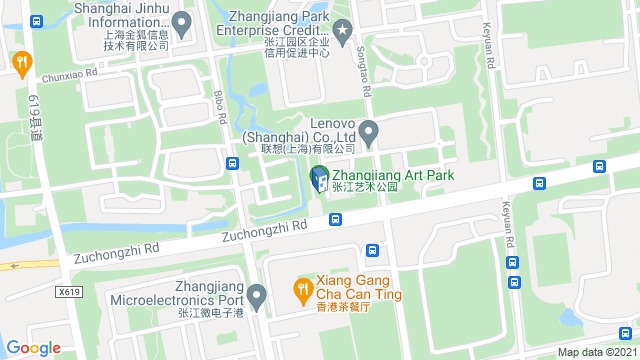 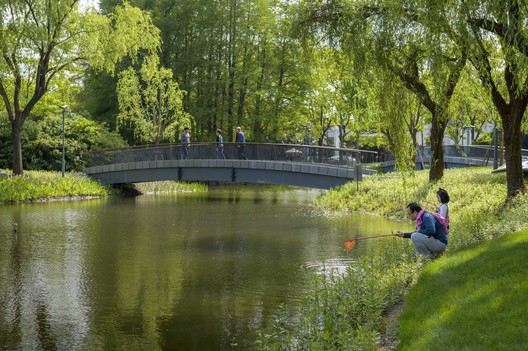