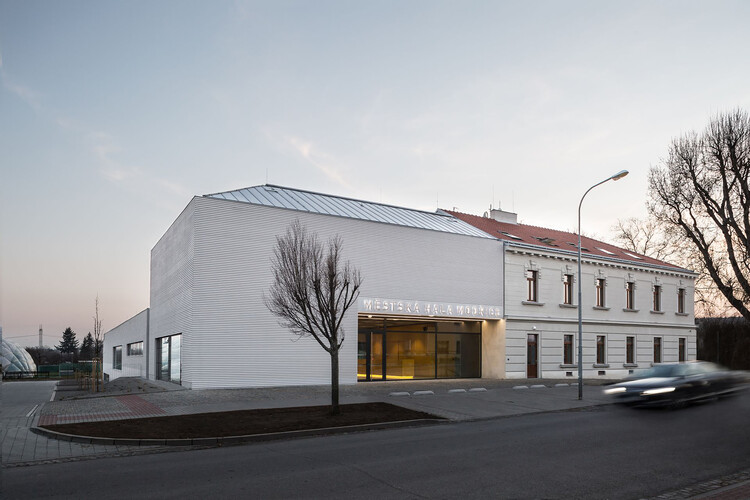 Text description provided by the architects. The sports hall is located in Modřice – the surrounding part of Brno which is the second biggest city in the Czech Republic. The urban structure in town Modřice has a scale of a small town – the buildings in Benešova street are single- or two-storeyed, the three-storeyed houses are an exception. The designed sports hall respects these principles despite its height of a three-story building with a height from 9 up to 11 meters. The site is located between the primary school and the railway line.

The building itself is situated on the border with the railway line so it serves as a noise barrier for the school and it doesn´t take any daylight from the classrooms at the same time. We see the former building as a historical layer which gives the site a high value. The memory of the place itself is important for our proposal and therefore we restore the old building and put there the restaurant – an important place for the community life.

The sports hall has the ambition and the potential to become a local community center. The architecture of the building should therefore express the solidity, the importance of the place. Therefore it is designed as a peaceful house standing still on the ground. The spatial concept fits perfectly in its surroundings. The great sports hall is separated into 3 same volumes which correspond with its function – the great hall can be divided into three volleyball/netball courts.

The volume of the former restaurant became a volume pattern, repeating the same volume is emphasized its existence. The floor level of the hall is 3 meters lower than the floor of the entrance foyer. That enables to keep the height of the building low, to have the same height of the cornice as the old building and it also improves the heat balance of the building.

The baring concrete structure of the building is visible in the interiors and gives it a strong character. The structure itself creates many interesting trough-view which also simplify orientation in the building. Important elements for the interior are the rooftop skylights which provide perfect indirect lightning for the great sports hall, the mirror hall, the gallery of the sports hall, and the corridor leading up to the mirror hall.

The roof structure of the great hall is steel and is covered with acoustic panels. The floor of the great hall is wooden as well as the wooden acoustic wallcovering. The facade of the new building is made by a plaster profiled to horizontal lines. This gives the large planes detail and a human scale. It is also a kind of reminiscence to the former bossage on the facade of the old building. The facade of the old building is renovated to the state illustrated by a photograph from the beginning of the 20th century. 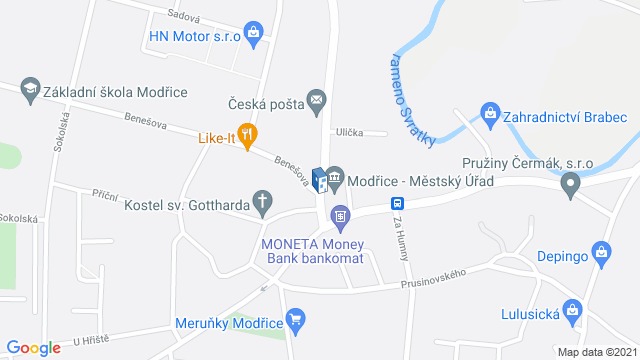 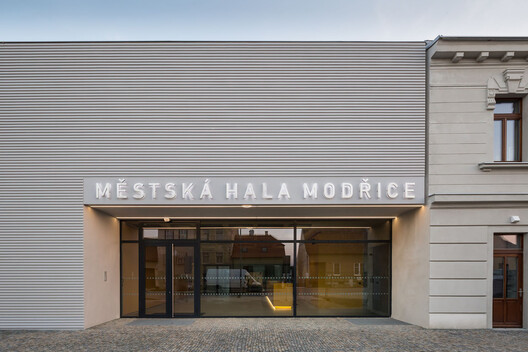 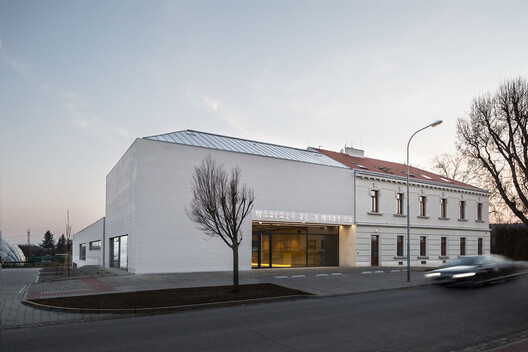