Save
Family Tomb in the Açor Mountains / Pedro Dias 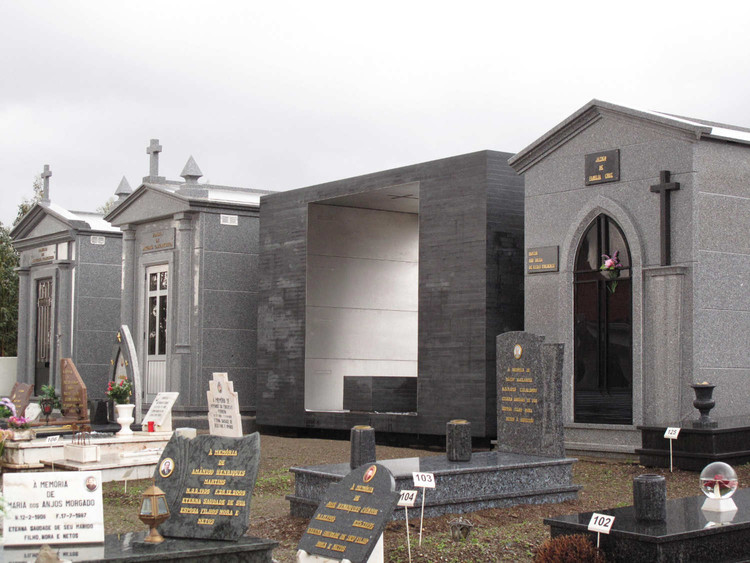 Text description provided by the architects. The concept behind this small, rather unusual but challenging project was the creation of a simple, restrained and minimalistic architectural object that, apart from containing the basic program presented by the client (capacity for 8 coffins), playing in a dignified way its role as a "tribute to the memory " and integrating itself in the cemetery, would interact directly with the impressive surrounding mountain landscape (without blocking its view), by literally framing it, in order to use the moment of its quiet contemplation as a "transmission vehicle" for transcendental communication between the "living" and "missing" ones.

In the approach to this concept two specific moments of the tomb use where taking into account… During the funeral ceremony, how would this ritual take place and how would a coffin be handled, in other words, how would the "farewell" take place?... And during a sporadic visit of a family member or a friend to the site, how to create the ideal conditions for a comfortable spiritual recollection?

The result was the design in the interior of the tomb of an open space, accessible to all, equipped with a bench, which serves both as such as well as a surface for placing the coffin during the mentioned funeral ritual. Ultimately, the creation of a contemplative "spatial void", which fulfills the "emotional void" caused by a feeling of loss that can be briefly translated into this abstract concept of "Sepulchral Void"...

Architectonically speaking, the tomb is a simple volume that appears to levitate quietly over the ground, clladed on the outside by slices of softened black granite stone and on the inside, on all surfaces, by hairline finishing stainless steel panels, in clear contrast and material dichotomy between the "shell" and its "content". Inside, details like a cross cutted on the ceiling and a flower deposit integrated on the bench reinforce the obvious symbolic meaning of this object.

The idea behind the construction of this tomb consisted on the full assembling of its pre-fab metal structure in a factory, formed by steel profiles, tubes and rods (as well as all its stainless steel surfaces), in order to assure right from the start a greater precision in its execution. Subsequently, this structure was put into a truck, transported from the factory to the cemetery, and then placed on site by a crane (on a concrete plinth built in-situ). Finally, concrete was poured over this structure (slabs and side walls) and the stone cladding was done. 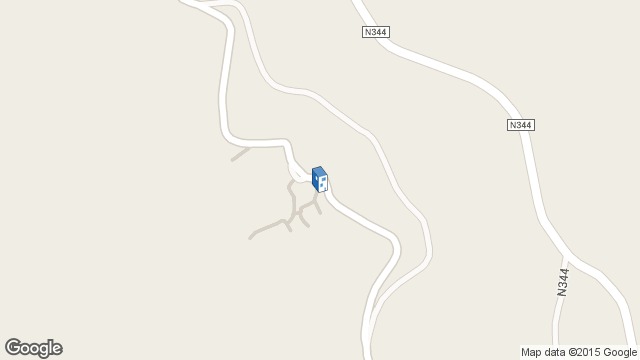 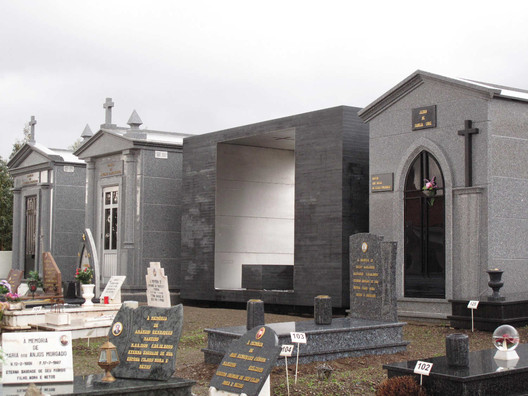