The latest news and reports on China’s construction sector redefine the country’s future architectural landscape. A Cultural Infrastructure Index reflecting the data from 2020 places China and, more specifically, Shenzen as the world leader in investments regarding cultural facilities. Last year saw the announcement of 10 new cultural projects, all designed by world-renowned architects. At the same time, the Chinese authorities announced last month that buildings taller than 500 metres would no longer be approved, marking the end of an era that made the country home to 10 of the tallest 20 buildings in the world. 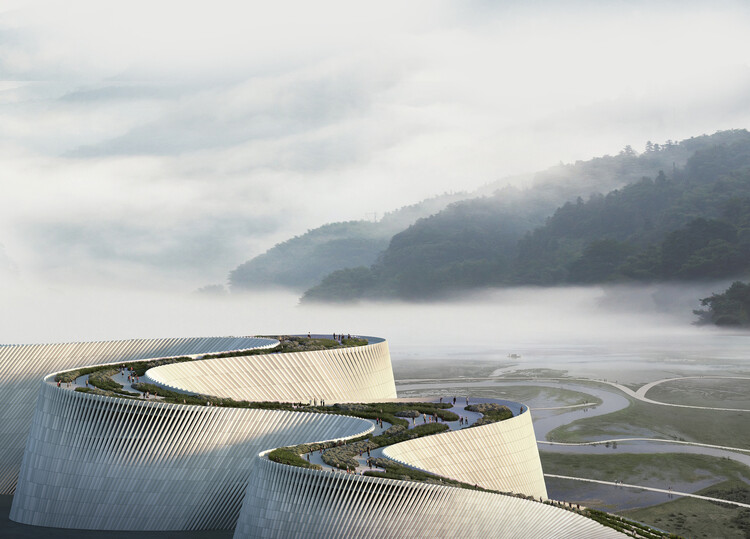 According to AEA Consulting’s Cultural Infrastructure Index that measures investment in the cultural sector, China leads in both volume and value, with seven of the most expensive projects announced in 2020 located in Shenzen. The city is establishing itself as a cultural hub and an innovation centre through a series of international competitions for the design of cultural facilities, an initiative titled Shenzhen Ten Cultural Facilities of New Era. Among these new architectural landmarks are the Conservatory of Music designed by Miralles Tagliabue EMBT, Jean Nouvel’s project for Shenzen’s Opera House, and the Maritime Museum envisioned by SANAA. The projects located outside the city centre also serve as anchors for new districts.

On a different note, China has set in place new rules for tall buildings. As issued by the National Development and Reform Commission, buildings taller than 500 metres will no longer be granted planning permission, and strict regulations will be applied to buildings taller than 250 metres. The decision comes after concerns over building safety while indicating a certain level of saturation of Chinese skylines. The move sets a new tone in the design of Chinese urban environments, potentially leading to a better consideration of urban context and density. In the meantime, 10 of the tallest 100 buildings in the world are currently under construction in China.

China remains a site for architectural experimentation, attracting world-renowned talent. Its extensive investment in cultural infrastructure aims to create attractive cities, while the new strict rules on tall buildings show a more significant consideration of the quality of the urban environment.