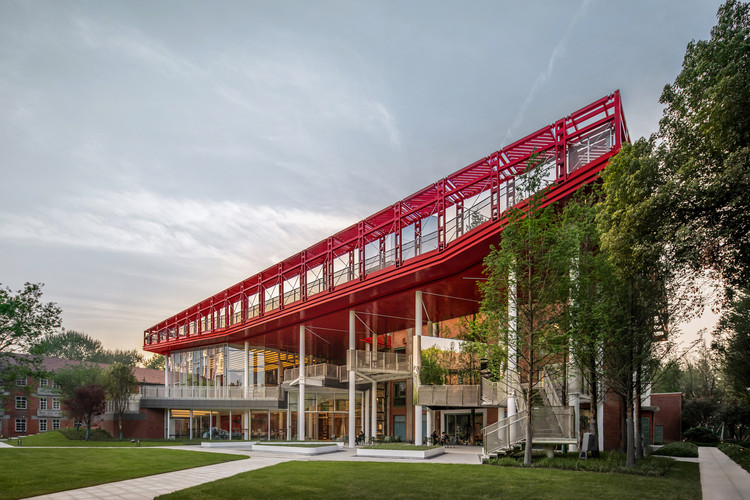 Text description provided by the architects. The site here was a dormitory of Wuhan Iron And Steel Corporation (WISCO), built in Russian style 70 years ago. The target building was the original No.3 primary school and located on the central axis of the community. Through various design strategies such as architecture, interior, landscape, and exhibition, architects jointly tried to convey the organic renewal view, the historical view, and the human view.

Based on this multi-level and multi-scale positioning, the practice firstly unlocks the largest public open space on the central axis, while completely retain the existing teaching buildings, demolish the playground and other buildings, and present a complete facade of the historical building on the south side. The "Honggang Hill" landscape-architectural design connects it with the city's core facilities on the south side and reserves the main entrance as well. The "Honggang Crown" platform on the roof can visually link the Yangtze River on the north side with the entire Honggang City area on the south side.

The north elevation retains the original appearance of the historical building as much as possible, and shows the traces of various historical periods as much as possible, including red bricks in the 1950s, stone-washed stones in the 70s, ceramic tiles in the 90s, and contemporary steel mesh. The steel mesh not only puts a layer of "new clothes" on the building but also lets people vaguely see its former grace through the mesh.

The "Honggang Crown" on the roof is very iconic. Firstly, it highlights the "red" trait of Honggang City; Secondly, it pays tribute to Wuhan Yangtze River Bridge, the representative work of WISCO 70 years ago; Thirdly, the design adheres to the concept of "structure is decorative", which is neither excessively designed, but can also demonstrate the technological achievements of today's Wuhan precision manufacturing.

The entrance landscape is firstly descended and then ascended. The atmosphere created by "yesterday's eaves" gives people the illusion that they are walking over the grassland when they were still children and playing games with cats and clouds on the red roof. The partially replaced glass tiles evoke the memories of going to the house and uncovering tiles when being children. It is unique when combined with luminous lighting.

The main entrance of the building was redesigned with red brick. On the one hand, old materials were used to show the warmth of history; On the other hand, a variety of new tiling techniques were tried to express contemporary design concepts. Many innovative architectural structures are hidden in jagged tiles and arc-shaped rain sheds.

The overall interior design is based on the concept of keeping the original spatial scale as much as possible. In order to achieve such a goal, extremely high requirements are placed on electromechanical design. The overall interior design style explored the dialogue between the ruggedness of history and the exquisiteness of fashion, showing a unique artistic tension.

The spiral staircase with the theme of "Honggang Spirit" is the soul of interior design, also an unresisting checkpoint for tourists. As a vertically linked spiral staircase, the side is wrapped with red steel plates. In two months, the design has undergone four plan revisions. The new structural system and the continuous arc design from top to bottom show the agile effect of Honggang spirit. 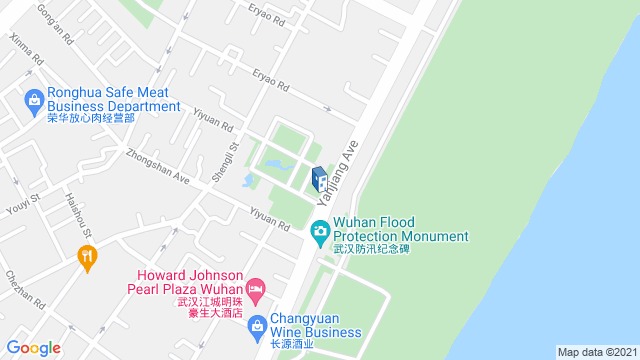 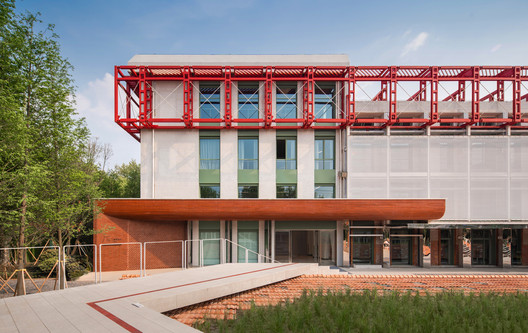 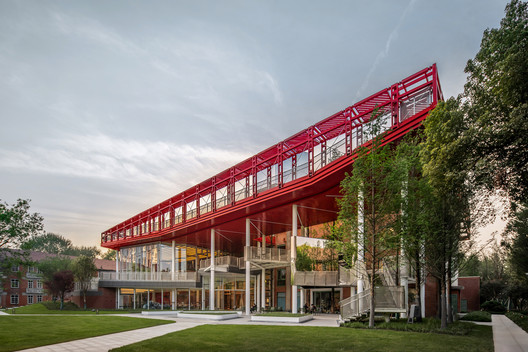