Save
A Home in the Clouds / Research and Enquiry Into Design 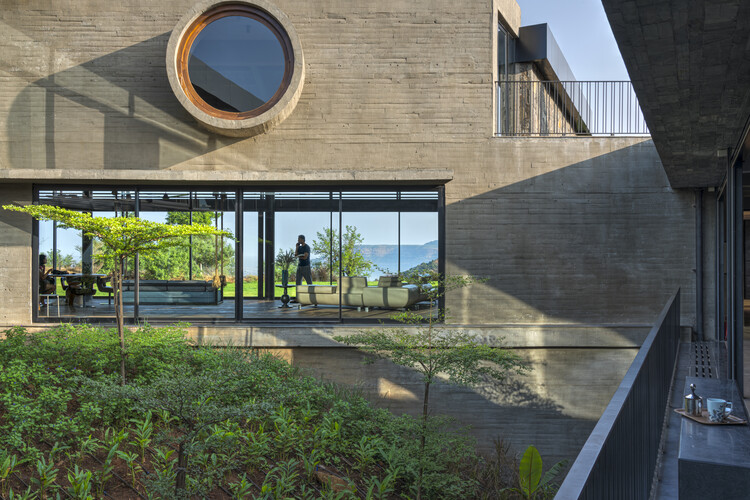 Text description provided by the architects. The site is located on the outskirts of bustling Mumbai, in the quiet of the Sahyadri hills. The sweeping views of the Western Ghats in almost any direction are the highlight of this otherwise simple parcel of land. The capturing and framing of these picturesque landscapes were the primary inspiration behind the design. The disruptive architecture manages to create spaces of varying scales from monumental to cozy while it integrates into the home, the nature that surrounds it.

The arrival is planned at the highest level under a large canopy that appears like a wing framing the first glimpse of this House in the Clouds. The floating lotus pond at the entrance offers a breath of fresh air after the long drive from Mumbai. The structure is a simple intersection between concrete and metal. The resulting interstitial spaces translate into courtyards of various scales that may be habitable or simply form vantage points. Two parallel concrete walls act as the main axes cutting across the house and seamlessly connecting the three intersecting blocks which serve the respective functions of public, private, and recreation.

Large sliding windows manage to bring the outside in, seamlessly integrating the natural landscape with the house. Large overhangs, verandahs, and the partially covered swimming pool makes spaces usable despite the extreme weather conditions of the region. The rubric of the various levels of the house is derived from the natural terracing of the land. The suspended metal block and the cantilevered southern tip allow for the natural terrain to flow under it uninterrupted.

One of the biggest challenges about being on the top of the mountain is the scarcity of water. We used the topography to ensure that the lowest part of the site was turned into a rainwater reservoir. All roof drainage and site surface runoff were channelized towards this plan to harvest water. Rocks excavated from the site during construction were used to build retaining walls and this strikingly added to the hill station appeal of the home. The success of the architecture lies in the fact that every corner you turn, the drama of the house, and the view that it captures changes and moves along with you. The structure is an ode to the beauty of the mountains that surround it. 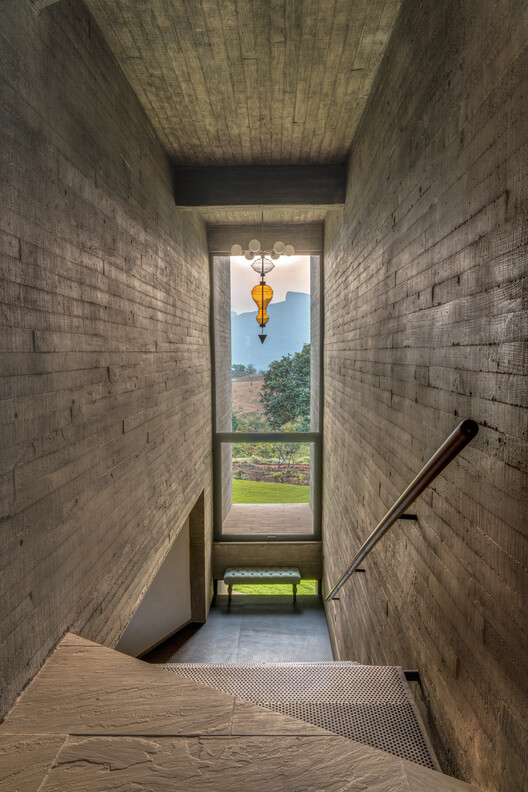 Research and Enquiry Into Design
Office
••• 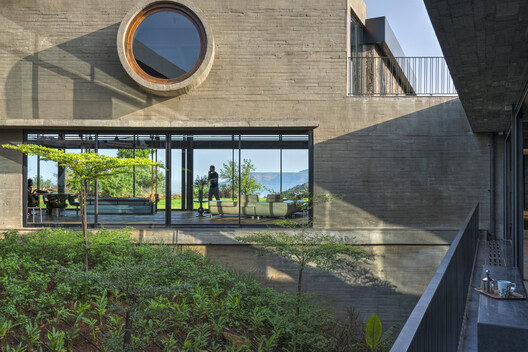 山上云屋 / Research and Enquiry Into Design