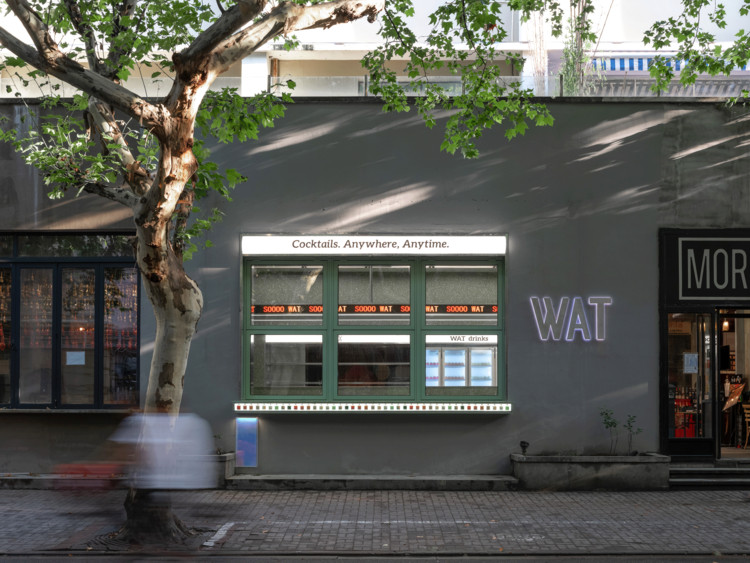 Text description provided by the architects. We were deeply involved in the site selection of the first store at the beginning of the design process. After successively rejecting several hot spots under traditional business logic, we finally chose More Than Eat (hereinafter referred to as MTE) which is located at No. 758 Julu Road, Jing 'an District, Shanghai. The Bund magazine put forward the concept of Jufuchang Block in their 2014 feature, and now this block has become one of the most vibrant neighborhoods in Shanghai. At the same time, MTE was the former glory of the block. It is a catering space that gathers snacks from all over the world. What’s more, its operation mode of “catering +” has become the unique memory of this block. Due to the fast-changing urban renewal in China, although the Jufuchang Block still exists, MTE is aging and it is very important to introduce new content and events to it. Therefore, in the first WAT store located on Julu Road, we plan to use a minimalist spatial narrative to inject great vitality into the tiny volume.

The site is located at the southeast corner of MTE. Although it is along the street, there is no independent entrance along the street. The boundary of the site creates a rectangular space of 8 meters long, 5 meters wide, 4 meters high and 160 cubic meters in volume. In this small square box, we redefined boundaries, scale, and function, and created a green jungle that is full of the spirit of urbanism with a restrained but balanced design.

The boundary is made to be broken. We used different opening strategies on the four sides of the box. Stripped of decoration, the architectural structure of the site is composed of four T-shaped columns, which is a kind of cross-symmetrical spatial structure. First of all, we designed two functional walls on the north and south sides, which are accurate to centimeters, with various refrigeration equipment, strong and weak electrical panels as well as extreme storage space concealed in a delicate way. Two parallel functional walls enclose a hollow box that connects the east and the west, allowing people to freely enter and leave MTE. On the north side, along the inner street, we only left a small opening in the inner area of the bar. Besides, a horizontal refrigerator was used to increase the operating surface and display products, which also became a window to interact with visitors in the inner street of MTE. On the south side, along the street surface, we transformed the original sliding Windows into folding Windows, blurring the sense of boundary between indoor and outdoor space, and conversing with the city streets. The extended windowsill serves as MTE's memory of the site and becomes a long bar for indoor as well as outdoor space.

Everything about the materials, lighting, and signage was designed to be just right clear. Although the square box is abstract and conceptual, the cover of the jungle green terrazzo gives the square box a warm and moist texture, making it full of oxygen and makes the box a metaphor for a green urban jungle. The insertion of the snowflake galvanized sheet suggests the design of the opening, confirming the existence of the hole as the second level of space. Semicylindrical custom-made acrylic lightboxes appear in the sequence above each opening and reinforce the functionality of the opening with straight signs. In addition, the first WAT store in Shanghai will be a retail store during the day and a bar at night. Therefore, in order to meet the different operating modes, we equipped the space with a surround sound hanging sound system and a lighting system with an adjustable illumination level.

"Get the bar moving!” This was the curious inspiration of WAT founder Royal. If form depends on basic skills, fiction requires imagination. Refusing to sit up, and how to drink anywhere and anytime, we have to redefine the bar. With a width of 5 meters, we arbitrarily arranged a 1.2-meter wide island bar with a built-in rotating caterpillar, allowing customers to see the different flavors of WAT cocktail bottles in an unprecedented way. Tasting while standing is a drinking gesture as well as an attitude. The 1.2 meter high floating central island bar is surrounded by a 30-centimeter-wide table, where people can lean on, play with empty small square bottles, chat with friends, and smile at strangers. A group of LED display devices is suspended directly above the bar. The running lights play "SOOOO WAT" in a circular way, which becomes a kind of the visual output of the brand and presents infinite possibilities for future content.

The WAT store in Shanghai is not just a retail or a bar, but a social center for youth and freedom. "The green urban jungle, a beverage shop for adults, an amusement park for drinking" is depicted by different media and individuals, which is exactly the declaration of French architect Tschumi in Manuscript of Manhattan: "Architecture is not simply about space and form, but also about events, activities and what happens in space.” 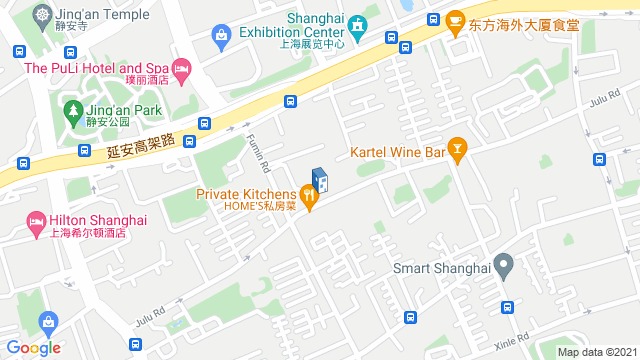 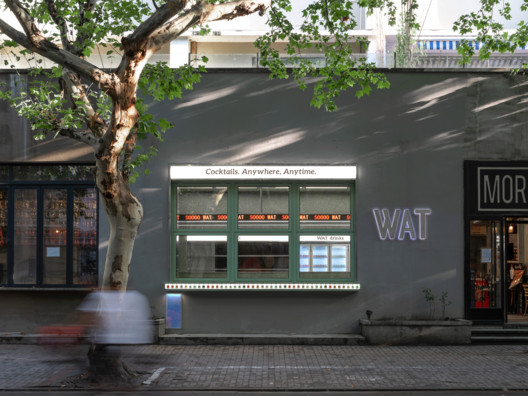