Text description provided by the architects. Located on Fengcheng road in Yangpu district of Shanghai, the former Fuli Garment Factory, which was founded in 1985, is still running when we first came to the site. The workers were busy as usual, occasionally reminding us not to take photos of them. It was not the first time that the factory was renovated. Like every old building, changes took place as owners and users shift, gradually blurring the simplicity of the original space. After we cleaned up the ceilings, the temporary canopies, odds, and ends, the bones of the old building slowly appeared.

The structure of the factory was assembled with prefabricated concrete components. It was like piling up to blocks: column caps supporting the beams, beams carrying the slabs, one after another. Today's buildings are rarely as perspicuous, more and more layers are attached to the structure to fulfill more complicated requirements, while the real bones of the building become invisible. we wanted to restore this perspicuous feeling for the users, as well as to remind the city and citizens walking on the streets, that there is such a clear skeleton inside the banal and chaotic shell.

So we opened up the south facade, and offset the glass wall a step inside to reveal a row of structures, which also provided a balcony for people to walk out. To the south, numerous old industrial buildings silently expand to the horizon, until a few tall buildings far beyond break the skyline--a grand scene hard to find in a city like shanghai. Except for the view, the new facade also introduces natural light.

As evening falls, the prefabricated grooved boards are lit up, revealing the structure from behind the glass, which can be seen from far. To achieve such simplicity, we carefully organized the ventilation, firefighting installation, pipes, and ducts. Since they would be totally exposed, it was better to put everything in order.

On the ground floor, all solid walls were demolished to connect the whole site as an open entirety. In the future, it will host commercial functions, serving the users in this park and the residents nearby. It will be an intelligible and open building. 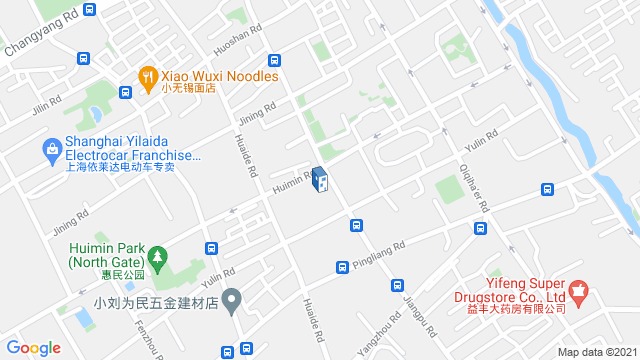 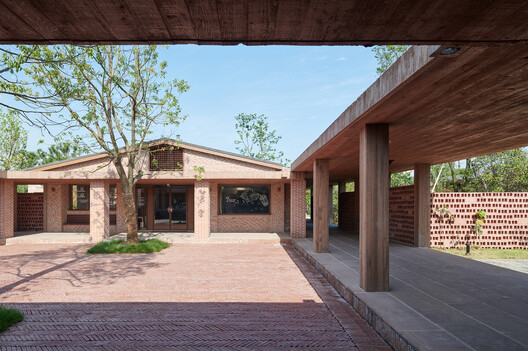