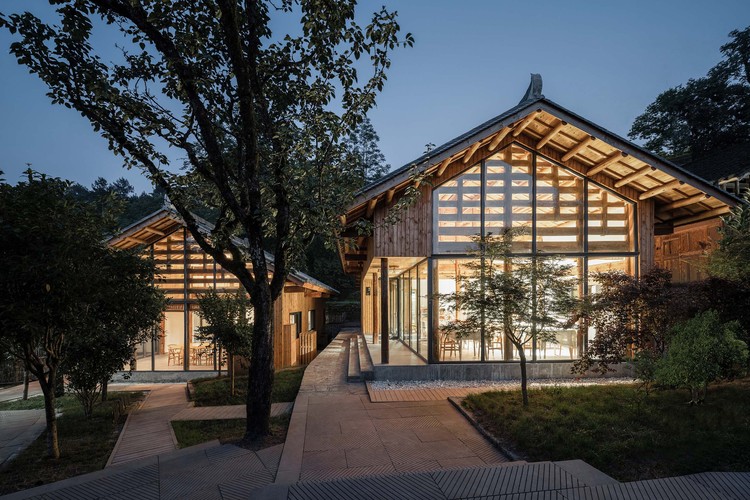 Project Background. Located in Luxi County, Tujia-Miao Autonomous Prefecture of Xinangxi, Hunan Province, Xinzhaiping Village is a village with Chinese minority characteristics, which is known as the "Museum of Chinese Ancient Trees". The village is spread out along the mountain with ancient tree groups of about 60 acres，where more than 500 trees can date back more than 100 years. The traditional houses are mostly wooden structures, mainly fir and pine, using local materials to form column and tie construction. Most of the villagers are Hmong, who have preserved a great deal of ethnic culture and traditional customs. Though this village is faced with the population loss, economic backwardness, cultural decline and other common problems that most villages face, it also has its own advantages, beautiful natural landscape, unique culture and a large number of ancient and unique construction resources. Since 2017, Sinopec has joined hands with the China Foundation for Poverty Alleviation to carry out "Bona Villa" rural tourism poverty alleviation public welfare project in Tujia-Miao Autonomous Prefecture of Xinangxi. After Bona Villa Lahao Stone Houses project in Fenghuang County, UPA continued to carry out Xinzhaiping Renewal Practice in Luxi County, involving in the whole process design of village planning, phase II homestay and phase III public construction.

Village planning and ecological restoration. At the beginning of the project investigation, we began to think about the following questions: how to organically renovate traditional villages to avoid hollowing out and commercialization? How does the reconstruction of buildings come into being with the traditional one? Apart from the renovation of buildings and facilities, can architects be involved in more ways? The project is carried out on the basis of respecting original village texture, which is mainly focusing on restoration and including multiple levels. First, part of the traditional houses are transformed into a homestay for unified external operation; Second, the houses near the small square of villagers are changed into receptions, restaurants, markets, cultural and creative industries, etc.; the third is to renovate public areas, paths, and landscapes, and renovate parking lots, landscape pavilions, cowshed coffee, retaining walls and trails, etc. The local government simultaneously conducts ecological restoration work in the village, including agricultural planting, field landscape, and environmental improvement around houses.

There are more than 20 well-preserved residential houses in the village. So far, 9 of them have been renovated, among which UPA have been completed 7, including 5 homestay and 2 public buildings, where landscape improvement of public areas is also in progress. The renovated buildings and the reserved buildings are interwoven together without a boundary wall,  so as to preserve the original features of the traditional villages to the greatest extent. The coexistence of old and new is integrated into the traditional villages.

Methods and strategies. Mixing old and new. The project adopts the strategy of "mixing old and new". "Old" refers to the preservation of the traditional column and tie construction, and "new" refers to the placement of a new roof and wall envelope system. Through innovative design, we organically organize the relationship between the old and the new. The preserved traditional wooden roof frame has shown unique color and texture after centuries of vicissitudes, which forming a vivid dialogue with the newly built part. The ancient roof frame still play the role of "pillars" and become the main structure of the mixed building, as if to tell us that the civilization left by our ancestors still supports our descendants.

A spatial typology based on a traditional wooden structure. The traditional houses in Xinzhaiping are composed of two trusses of wooden frames, which are the basic structural unit as well as the basic space unit. Due to the size of the timber, the basic unit is also limited with a face width of 4-4.5m and a depth of 6-7m. Basic units develop into buildings, and buildings develop into settlements, forming a unified settlement pattern. During the renovation process, we added some variations, including the placement of the mezzanine, dislocation connection, expansion units, and so on, so the homestay has therefore produced a flat layer, Loft, Suites types, etc. It not only expanded the functional space, but also enriched the single form of the original residential houses, allowing a ingenious connection of tradition and modernity.

Materials and construction. The preserved wooden structure is made by local carpenters in traditional ways. After removing the wooden wall and roof of the old house, the old wooden frame was jacked up and moved to the adjacent open space. When the new foundation has been completed, it is moved to the foundation again. The ground uses an overhead wooden ground beam construction, responding to the local wet climate characteristics. The carpenter replaces the rotten wood and uses new wood to make the expansion unit, which is all connected by mortise and tenon joint structure. The upper part of the gable wall is covered with a large area of glass. And the reserved wooden frame is looming, which corresponds to the reserved residential houses in the village. Indoors, you can see the green trees through the wooden frame, which has a special flavor.

The wall adopts a brick-concrete structure, which is only used as an envelope system -- does not participate in the load-bearing of the roof. Appropriate introduction of industrialized system, including industrialized wood as the structure of the entrance hall, steel structure to make corner windows of suites, and steel plates to produce door and window covers in batches ,and so much more, adds modern elements to the wood structure building. The facade panels use anticorrosive wooden slats in order to respond to the slatted exterior walls of traditional houses. The original dwellings sit south to the north, the south side is the retaining wall, the north side is mostly narrow within 1 meter width of the channel, and the drop is large which is dangerous to people. During the renovation, a steel structure platform is built along the north side, expanding the width of 3-5 meters, allowing each homestay to form an independent courtyard and expand the outdoor activity space.

Cultural regeneration and rural construction festival. UPA has been committed to promoting the regeneration of the local culture in Xinzhaiping Village. We have initiated and participated in a series of cultural activities, including logo design, intangible heritage collection, joint media promotion, and rural research in cooperation with universities and so on. Through these activities, we have integrated the forces from all sectors of society to participate, and so that realized the dual role transformation of architects and rural construction workers. From March to June 2021, UPA together with the School of Urban Design of Wuhan University successfully held the "2021 Rural Construction New Zhaiping/Rural Construction Competition". Within two days, the participating college teachers and students completed the construction of six groups’ landscape works in Xinzhaiping Village, which turning the design from drawings into reality and adding beauty to the traditional village. 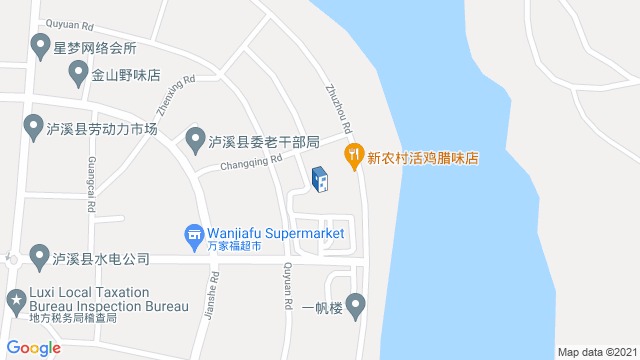 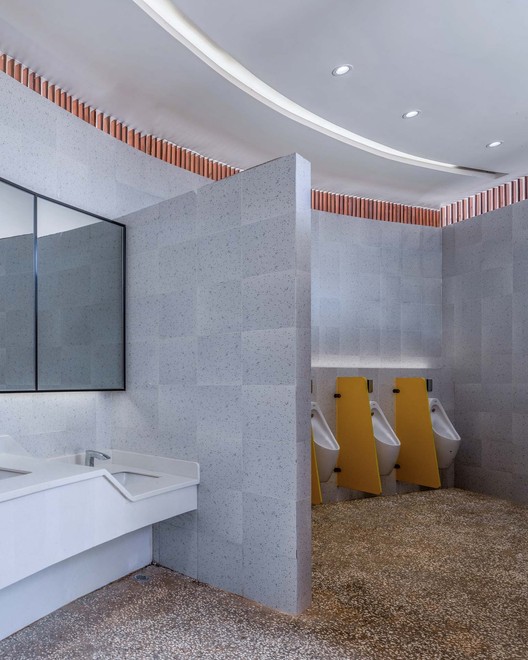 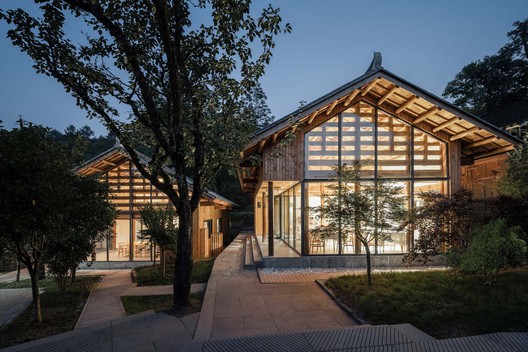