Text description provided by the architects. Primary school De Wereldburger in Amsterdam is giving its building a new lease of life. ‘The school, which opened in 1965, decided not to construct a new building but to reuse the old concrete frame and supplement it with a wooden frame,’ says architect Gianni Cito. He designed a circular and near-energy neutral building that feels like a palace for learning and playing.

The existing building had been neglected over the years. Also, a high fence had been erected around the school, which made the area unfriendly and unsafe; the children literally found themselves behind bars. In consultation with the City of Amsterdam, we removed the fences. A new, wide pavement now connects the building with the public space.

The school is part of the neighbourhood and links up with the public park perfectly. It’s not only the old school structure that has been reused; newly introduced building materials such as floorboards, stairs, ceilings, door handles, and washbasins also originate from other buildings. This school building is alive and makes the children aware of the source of materials.

A Palace for Learning and Playing. The new school building’s spaces are open and organic; every one of them can be used for learning, playing, or just to take a break. The central hall offers literal and figurative room to play in: on the large stairs, under the stairs, in front of them, and on the landings.

‘Each age group has its own stairs and there’s room for every teacher to put pupils to work individually or in groups either in the classroom, between the classrooms, by the windows, or in the corridors. The older children are upstairs, the smaller ones can walk right out the door, into the enclosed park.’ 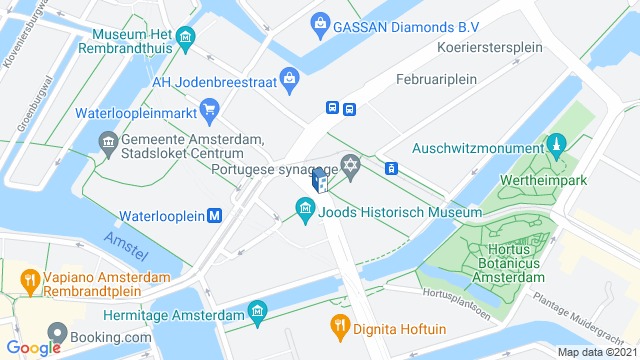 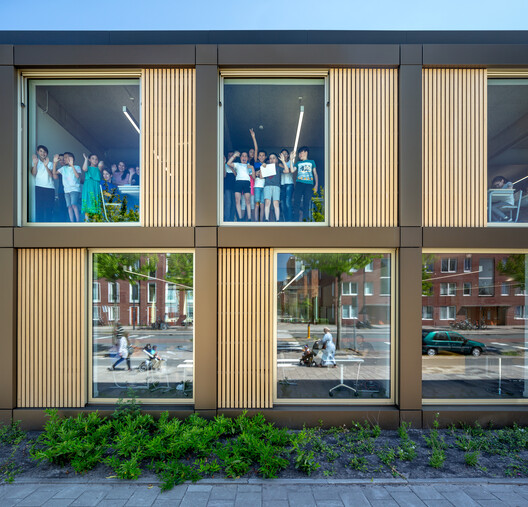