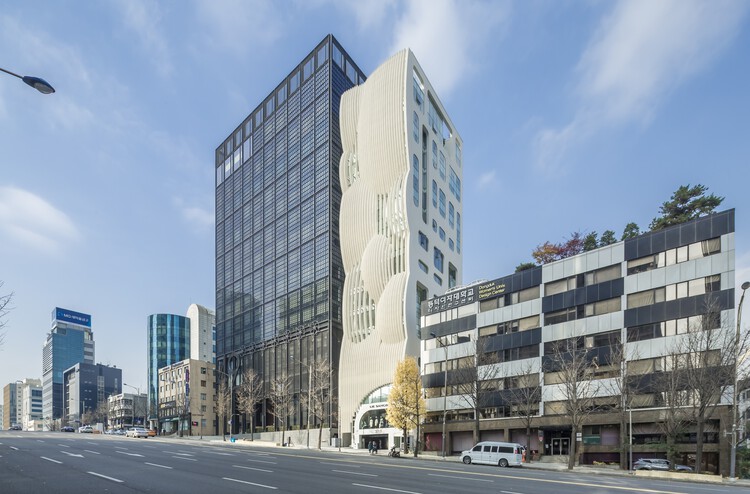 Text description provided by the architects. Lie Sang Bong is Korea's leading fashion designer who creates contemporary styles reflecting traditional Korean and oriental aesthetics. His work is famous for getting a motif and inspiration from the Korean alphabet, Hangeul. He does shows in New York Fashion Week and Paris Fashion Week. Unsangdong and Lie Sang Bong have been discussing collaboration for several years as they share the vision that “fashion is architecture and architecture is fashion”. They both believe there is not a clear division among different sectors when it comes to forming a lifestyle.

Lie Sang Bong Tower is a new icon to Cheongdam-dong, which is a posh Gangnam area in Seoul. The building is right next to luxury clothing brand Shinsegae International’s HQ designed by Olson Kundig. Unsangdong was conscious that this is a rare flagship store by a Korean designer in an area, which is packed with foreign high-end fashion stores from House of Dior Boutique by Christian de Portzamparc and Peter Marino to Givenchy HQ designed by Piuarch. The building needed to express the originality of Lie Sang Bong, a designer who’s famous for bringing traditional Korean components to his contemporary style.

Unsangdong’s principal Yoongyoo Jang says, “We aim to build Khora which exists between the real world and imaginary world. It connects the city and nature. It connects history and the future. We wanted to say ‘no’ to the normal skin(façade) of the building. Instead, we wanted to map the oriental landscape of mountains and rivers. To be precise, a famous landscape painting from the year 1447 in Korea (Joseon Dynasty), based on the prince’s dream about Shangri-la drawn by a renowned painter. Similar to how the painting visualized the dream, we wanted to transform various types of abstract figures onto the skin (façade) of the building by combining them with an imaginary shape.

By breaking up and modifying coordinates that represent modernism, we discovered new space and structures which were hidden in typical rectangular coordinates. Curved and framed cross-section façade create ambiguous boundaries and gaps. It looks empty but it’s not empty. It creates spacing where everything is allowed to be born and continues to exist from transient sensual world to mortal form.”

Lie Sang Bong creates his own style by combining traditional Korean aesthetics with western style. Lie liked Unsangdong’s design which reinterpreted a traditional Korean painting. Both Lie and Unsangdong appreciate the curve, which shows respect to nature, which was dominant in Korean tradition. Lie Sang Bong Tower houses Lie’s showroom and studio from the ground floor to the 2nd floor. 4 to 8th floors are office space to rent and premium residence space (9th-13th floor). The top two floors (14th-15th) are devoted to cultural space managed by Lie Sang Bong as a gathering place and will be widely open for fashion and creative people. Unsangdong is discussing various cultural programs with Lie. 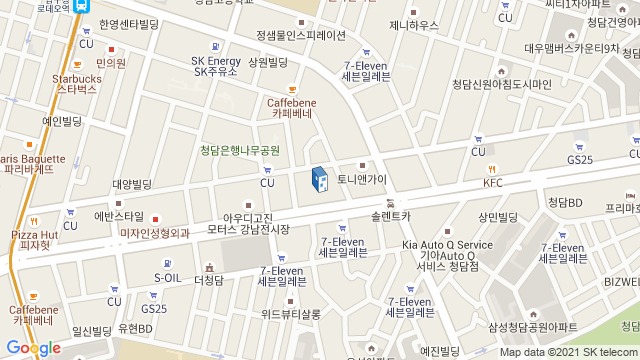 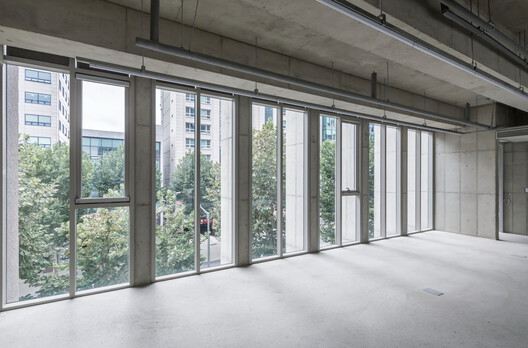 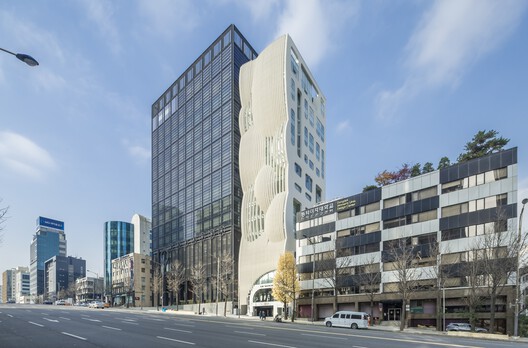