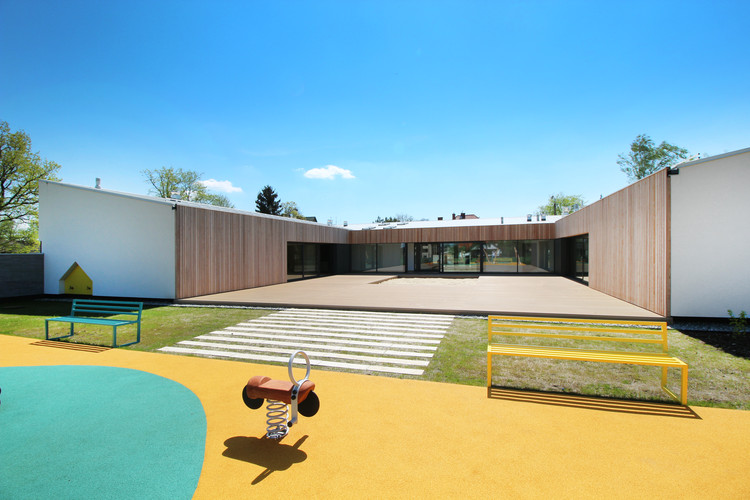 Text description provided by the architects. The nursery in Adamów is a local, public facility created for 50 children. There are two group rooms and an extra playroom for sensory integration and sports activities. The playroom has a separate entrance and toilets so it can also be used by the local community to organize small events or municipal council meetings. In the future, it can be transformed into another group room for children in the nursery or kindergarten.

The location of the building was highly affected by a cemetery situated nearby. The nursery area is separated from the street and cemetery by a brick wall. Between the street and the wall, there is an „enchanted orchard”. Children can get there walking down the winding path hidden in the grass and meadow, at the end of which a wicket opens.

The building is horseshoe-shaped with a big terrace in the central part. It faces the south but the building gives a shadow so children can play safely. The playground is an extension of the terrace. All the area is planted with trees, shrubs, and various kinds of berry bushes which will grow and enrich this place.

The entrance to the building is located on the north. The main hall leads to the playroom, administrative-utility part, and the cloakroom. From the cloakroom, children enter two group rooms, each with a spacious toilet and a small storeroom. Children have access to a central terrace from all the rooms. In two group rooms, there are big windows that can be open to creating a 6 meters wide passage. When the weather is nice the exterior can become a seamless extension of the interior and all the space becomes a huge playground.

On the facades, there are natural materials such as brick, wood, and metal sheet. The terrace is made of composite boards because of safety reasons. To create a child-friendly space the building is downscaled. The roof slopes towards the terrace so the walls around it seem to be lower.

The nursery was friendly welcomed by the local inhabitants who described it as "futuristic” and the bear footprint became its logo as the bear is in Adamów’s arms. 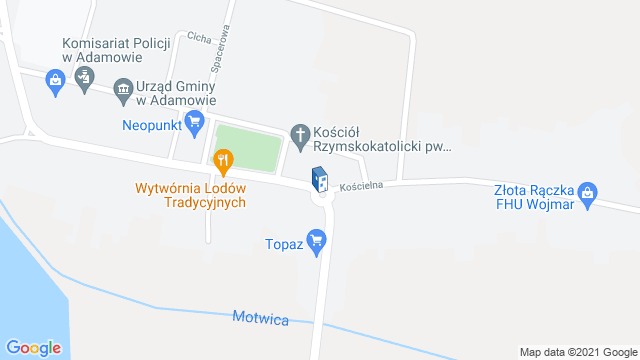 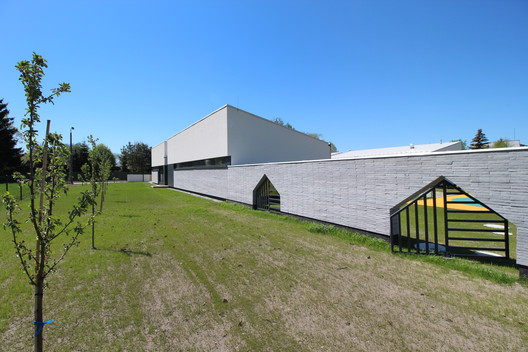