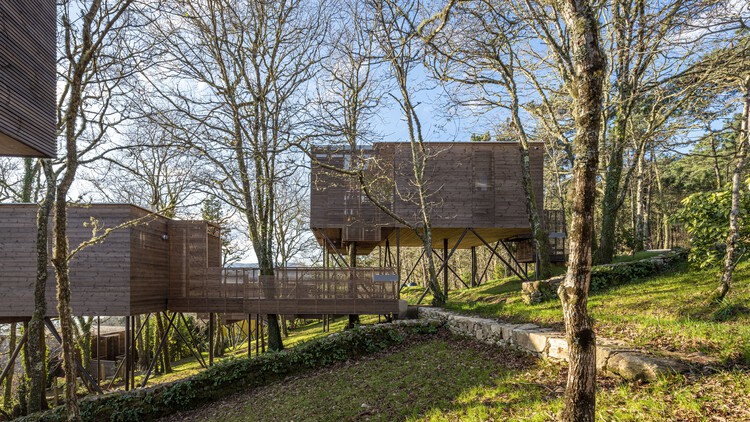 Text description provided by the architects. The client demands a singular hotel intervention in Albeida Place, in the beautiful headwaters and source of the Muros- Noia estuary: nine exempt and new-floor accommodations that must complement the rehabilitation of four traditional constructions, in addition to recovering and valuing a space wisely humanized, with a beautiful hórreo (raised granary) and masonry walls that gently outline the territory, although now colonized by a large number of deciduous.

The powerful history of traditional buildings, until yesterday, residence and recording studio of a musician who has composed some of the most relevant lines of contemporary music in Galicia, as well as the care and conservation of both the rich vegetation and the built territory, determined but enriched the approach to the project through several levels of approximation.

The first level, the most global, allows us to approach through the section, which gives us some first spots, with the aim of maintaining the intimacy of each construction, but without giving up the beautiful views, between the branches, on the mouth of the Tambre river in the first place, and the village of Noia overlooking to the estuary, almost in its vertex, and in the background the mountains of Barbanza, as a curtain.

The light wooden structures rest on the territory saving the roots of the trees, with which they mix naturally. The heights of the platforms, access routes, and arrivals are specified...Arbitrary limits are erased and everything flows in a cordial conversation, because the natural and the artificial initiate a dialogue that is based on the past, settles in the present, and is projected towards the future.

Finally, the exact definition of the constructive solutions evokes a chain of relations: the wooden frameworks provide a system in which each new step is somehow insinuated in the previous one, in the different scales of intervention, where both the supporting structures and the details of the furniture are resolved. As if it were a pentagram, the different melodies refer to variations of the main theme, in honor of the most famous harps in the world, which for so many years filled this hairy place with harmony.

A musical order that is maintained and that determines finishes and proportions. Music, past, present and we´ll see. 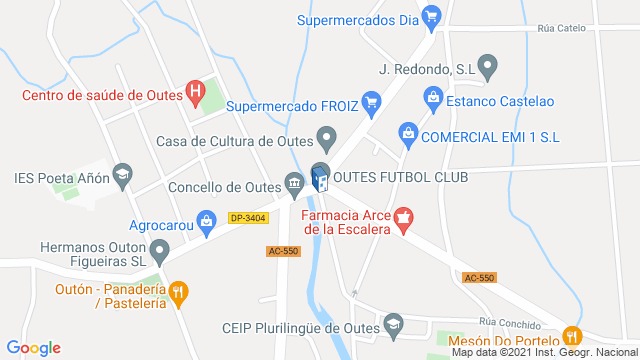