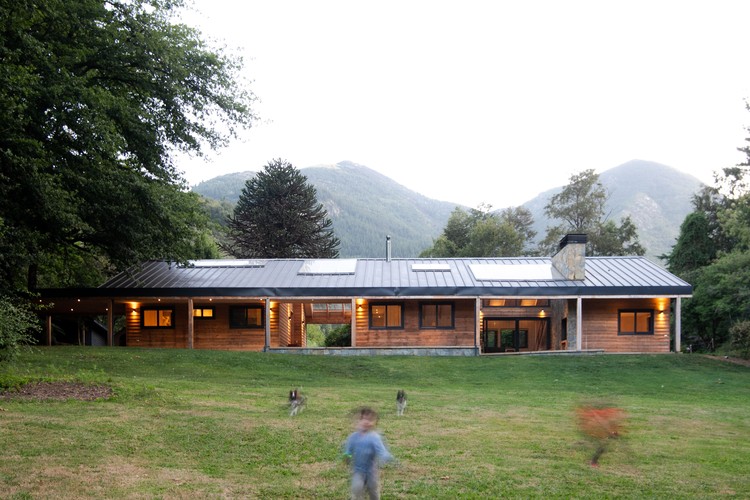 Text description provided by the architects. The commission consists of designing two houses in a single unit, located on a hill that faces a large garden on the north side and distant views on the south side. One of the houses will be inhabited by a family that lives permanently and the second for those who visit sporadically.

The proposal orders both units in an east-west direction under a single roof, connected by an intermediate space with a translucent sky, forming a hallway as a fundamental piece of order and access for both units.

One of the units is oriented towards the north and the other towards the south, giving each one a unique relation to the outside, taking into consideration that both obtain good sunlight and ventilation to cope with the high oscillation of the climatic variables between winter and summer.

The width of the ground plan and the height of the ceiling allows generating compact volumes that help to control the climatic aspects described above and at the same time generate a generous spatiality for the conformation of common areas. The interior of each unit is organized around a central double-height space that enhancing public life to which the secondary rooms for private use converge stand connected.

The structure and exterior cladding of the house was taken from local cypress pine wood, sawn in site. The roof and south facade were covered with filled zinc due to its exposure to humidity. The interior of the house was clad with radiata pine with a thinned whitened paint finish that enhances the lighting but maintains the warmth of the wood. 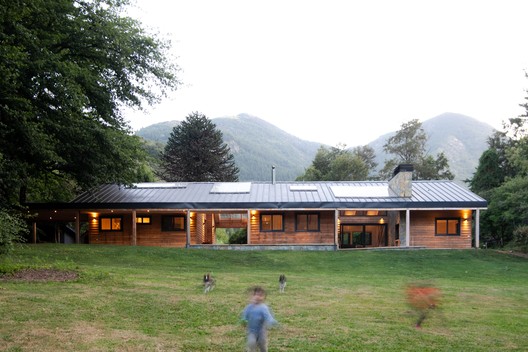 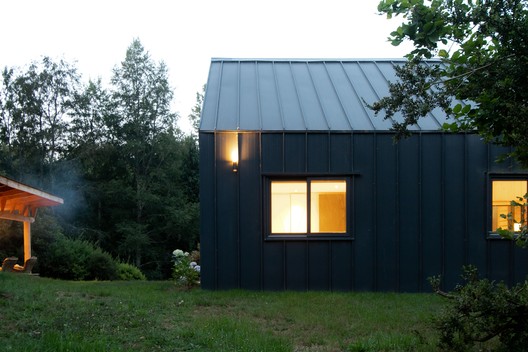