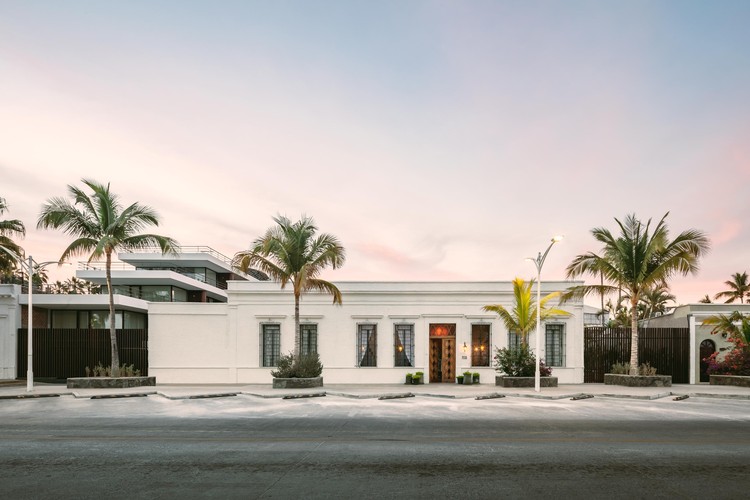 Text description provided by the architects. Baja Club entails a 32–room lifestyle hotel for hoteliers Grupo Habita located on a beautiful plot of coastal promenade in the historic center of La Paz, Baja California Sur, Mexico. Blending old with new, the 3623 m2 project –designed by Mexico City-based Max von Werz Arquitectos and Paris based interior design studio Jaune– brings together the restoration and adaptive reuse of a pre-existing colonial-style villa dating from 1910 –once a site for oyster pearl harvesting– and the construction of a new four-story extension plus basement containing guestrooms, suites, a spa, and a rooftop sunset bar.

The new build echoes the L–shaped floor plan of the villa resulting in an ensemble that loosely frames a central courtyard, home to several fragrant frangipani trees while isolating a series of more tranquil gardens and patios along the perimeter of the site. Throughout the project, the material palette draws on the property’s original detailing, including artisanal terrazzo and Talavera tiles, hand-finished timber latticework and carpentry, and blown glass lamps in transparent and amber tones.

The tiered massing of the extension reduces its visual bulk and provides generous terraces enjoying panoramic views of the Bay of La Paz, once the setting of John Steinbeck’s novel The Pearl. Subtle nautical connotations such as the new build’s horizontal streamlining, curved timber bulkheads, and massive built-in tables draw inspiration from the nearby Sea of Cortés once famously coined the “aquarium of the world” by Jacques Cousteau. Vertical circulation is resolved in form of a generous helical staircase positioned at the hinge point between the two wings of the new building. It’s an almost sculptural element and the centerpiece of the addition. Due to its comfortable tread to riser ratio, it sweeps visitors up to the upper guestroom levels and the rooftop sunset bar with ease that disincentivizes the use of the elevators which are located off of the same open-air lobby space.

Guestroom corridors are also open-air, shaded by brise–soleil elements that promote cross ventilation. Passive design solutions were employed where possible. For instance, the new build’s cantilevered reinforced concrete floor plates serve as passive shading elements that vastly reduce solar heat gain to the interior spaces and minimize the dependence on mechanical air conditioning. Numerous water elements throughout the project cause evapotranspiration and thus refresh the outdoor spaces in La Paz’s hot and dry desert climate.  The project preserves the majority of landscaped areas and native vegetation as they existed in the pre-existing residential property. The old property walls with their large–format antique brickwork were preserved in their entirety. A new pool is located in one of the peaceful outer courtyards. Large brick platforms conceived by the landscape designers PAAR continue the language of the massive brick property walls and accommodate potted plumerias and sunbeds with a view to the swimming pool finished in the smooth artisanal Mexican stucco Chukum. 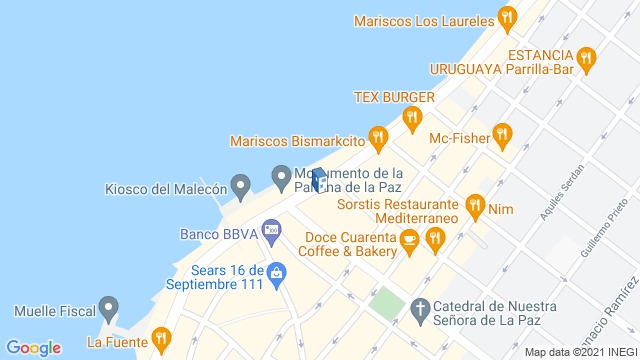 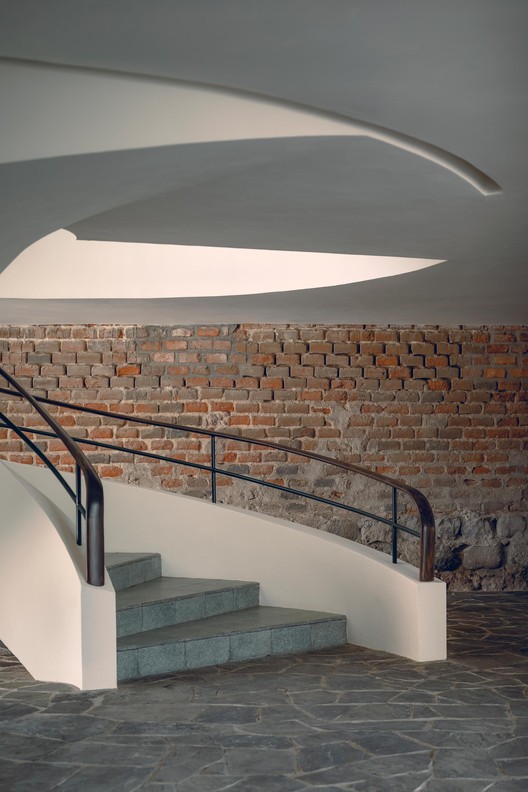 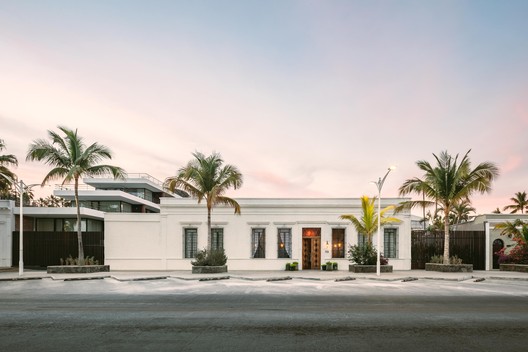