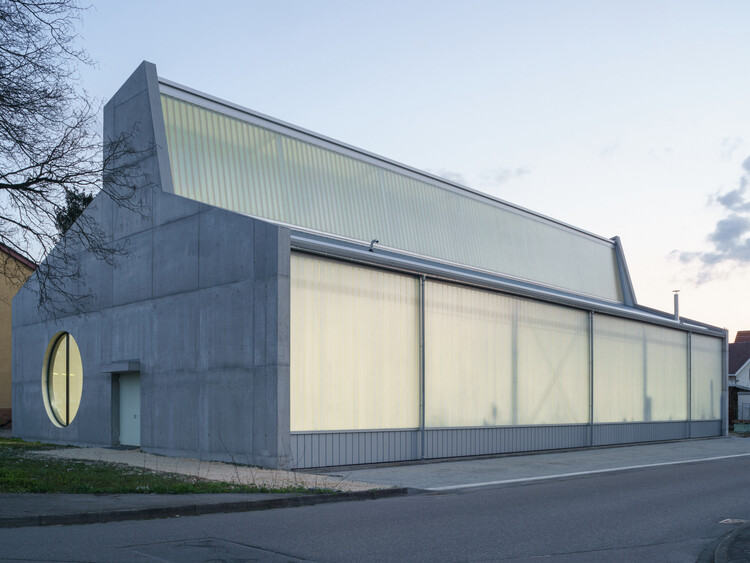 Text description provided by the architects. The brewery hall for the start-up "Braurevolution" is being built on the long side of a plot on which there are already several utility and residential buildings. The elongated structure closes off the existing courtyard to the north and leaves space for a small beer garden facing the street.

The simple volume with a gable roof is given its distinctive character by an attached light band above the ridge, creating an iconic roof form on the gable walls. By raising them and changing the material to exposed concrete, these become clearly legible front and back sides, between which the steel structure clad in Profilit glazing spans. The two openings on the east side, reduced to a circle and a rectangle, mark the entrance, which thus does justice to the traditional use of a brewery with a taproom and warehouse sales.

The architectural image of the new brewery hall is a kind of showroom. One sees, hears, smells and tastes the production of the beer varieties, the storage of malt and hops, the act of brewing in the kettles up to the tasting on site.

A set structure will house the cold storage and ancillary rooms. This can be dismantled in case of a possible other subsequent use. The open counter is located in the large main room, where visitors can take a seat between brewing kettles and storage tanks.

The atmosphere of the hall is industrial, its structure rationally rhythmic, the layout symmetrical. The entrance area offers a bar area for tasting and sales, which will also be used for brewing seminars and festivities. 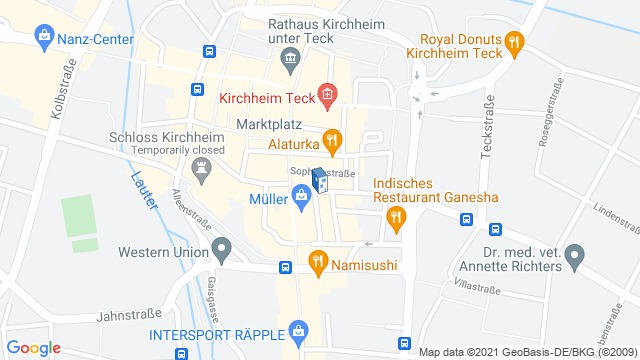 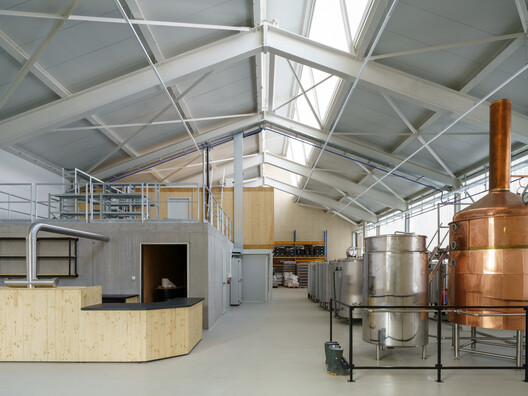 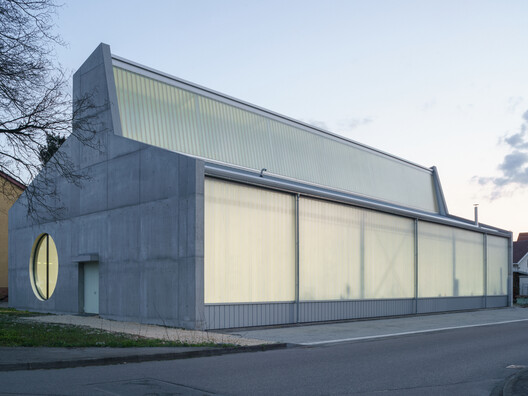