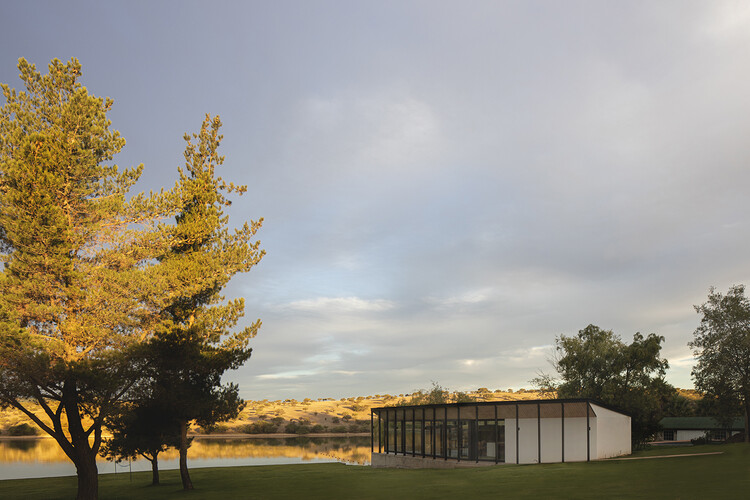 Text description provided by the architects. The project is defined as a minimal dwelling located on the shore of Lake Rapel, in the sixth region of Chile. This building is located towards the shore and is oriented, on its main façade, towards the canal that opens to the center of the lake. This location ensures the greatest possible distance between the north façade and the canal itself, leaving a park of pine trees free, which is the area where the garden is projected.

Access to the pavilion is defined from the projection of a route that goes from the top of the site to the shore of the lake. In this way is built a corridor, or longitudinal galleryto which the facade opens, allowing to blur and project the boundary between this corridor and the interior space.

The structure of the project is defined from the function that is given to each of the construction elements. In this sense, since the foundations are concrete, a plinth is built that makes it possible to account for the slope of the land. The walls are generally considered to be stuccoed, reformed masonry, which in addition to its displacement, allows the contrast with the foundation itself. Finally, for the north façade and the roof, a metallic structure is considered that allows the pillars of the gallery to be moved outwards, thus freeing the opening of the façade towards the park.

As for the program, the common spaces are located in the longitudinal direction of the pine park, at the same time that they are opened towards the front view of the lake. The service spaces are instead concentrated towards the west façade as a more compact body that folds to align the building to the path, that is drawn from the upper level of the land to the shore of the lake. 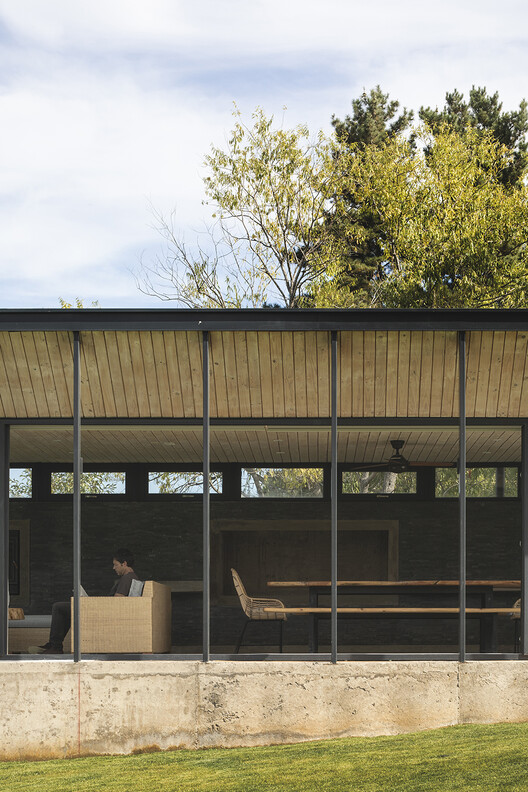