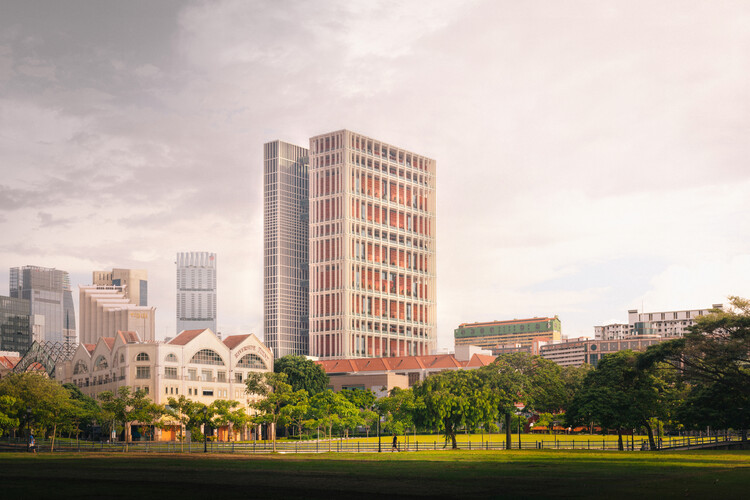 Text description provided by the architects. Courtroom complexes are typically designed in a conservative manner partly due to complex circulation requirements to keep the judges, persons-in-custody, and the public separate.

Christopher Lee, Principal at Serie Architects, UK comments, “The relationship between the city and its civic buildings was our primary interest for this project. The new State Courts towers should be a building that is symbolically open and accessible to the public. Its design language is drawn from the architecture typical of the city and hence is both familiar and surprisingly new to its citizens.”

In contrast, the new State Courts towers have been designed to be highly open and visible to the public. This is achieved with two architectural strategies. First, the building is split into two slender towers connected by link bridges. The front tower accommodates courtrooms and the back tower the judges’ chambers and staff’s offices. This architectural move not only brings light deep into the building but helps keep the circulation of the judges, persons-in-custody, and the public separate.

The second strategy is to place the courtroom boxes onto large open “court trays”. These trays are not only of different heights to fit courtrooms of different sizes, but also completely open - there is no glazed facade around the tower. Instead, each tray accommodates a lushly planted garden terrace that filters the tropical sun and allows views out over the city. The court tower as a result appears light, open, and welcoming.

The courtrooms themselves are clad in tall pigmented pre-cast panels measuring 5 to 12 metres in height, inspired by the colours and textures of the tiled roofs in the adjacent, historic Chinatown shophouses. The intention is to bring together two typical forms of architecture from the immediate area, namely the high-rise and the shophouses into a single frame so that the new building is at once familiar and yet excitingly new.

The office tower which houses working spaces is expressed as a thin and elegant slab tower. The facade features an expanding and contracting grid. Vertically, the grid contracts where the service core is located and expands where light and views are required in the middle. The modulation of the horizontal grids draws the eye across the facade and towards the sky, giving a clean and absolute form and a sense of playful rhythm.

An entrance canopy was built for the new State Courts towers which opens up the site to the surrounding context and creates two entrances, the entrance from Havelock Square and Upper Cross Street.

Commenting on the intricacies of court planning, Colin Wu, Lead Architect and Senior Vice President of CPG Consultants said, “CPG has historically designed and constructed many of Singapore’s present court buildings, such as the Supreme Court and Family Justice Courts. Our familiarity in court complex design and planning in Singapore helped us in designing the programmatic spaces, operations, and security requirements for this first, high-rise court complex. Our aim in this project was to ensure there is clear segregation in the programming of the three primary user groups, the judges, persons-in-custody, and the public.”

The site for the new State Courts towers is also smaller, meaning that vertical court towers, as compared to a more common, horizontal layout would have to be planned. This posed a challenge, as careful planning and stacking of the 53 courtrooms and 54 hearing chambers, is necessary to ensure that court operations will be in no way hindered. One of the successful outcomes was the simplicity in the vertical stacking of its programmes and circulation that made wayfinding easy for the public.

As a modern and IT-enabled courthouse, the complex also took on various smart building features like facial recognition and automation of various building management processes related to security and, mechanical and electrical systems. Other IT or web-enabled services introduced include video-conferencing facilities and interactive self-service kiosks. In addition, as a modern courthouse, a universal design approach was adopted to ensure that it is user-friendly to the judges, persons in custody and the public, for example in providing assistive listening systems for court attendees and in all its courtrooms, digital wayfinding through the use of apps, childminding facility, etc.

The State Courts towers is also an environmentally sustainable building, with innovative green building features incorporated in its design, such as solar panels and condensate water recovery systems. It was awarded the BCA Green Mark Platinum award in 2018. 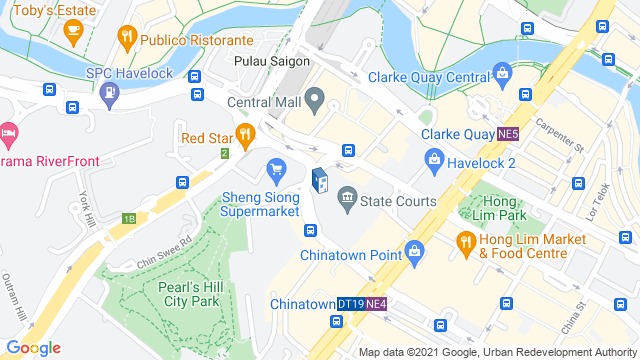 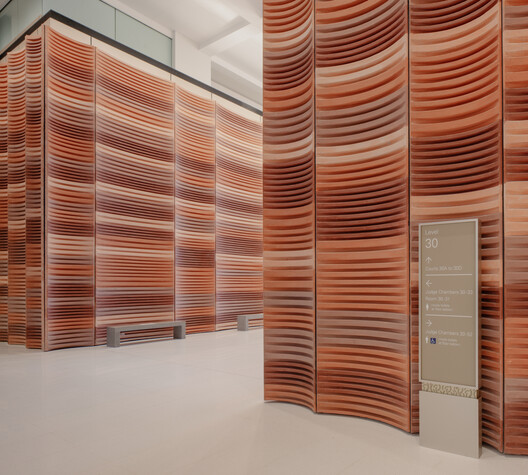 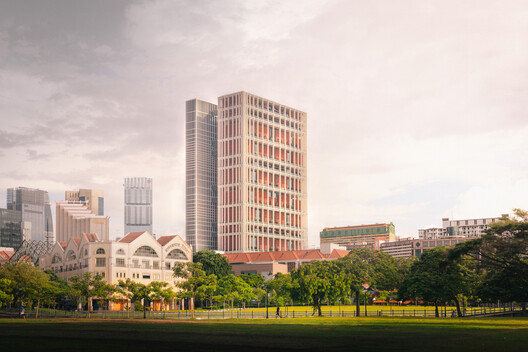