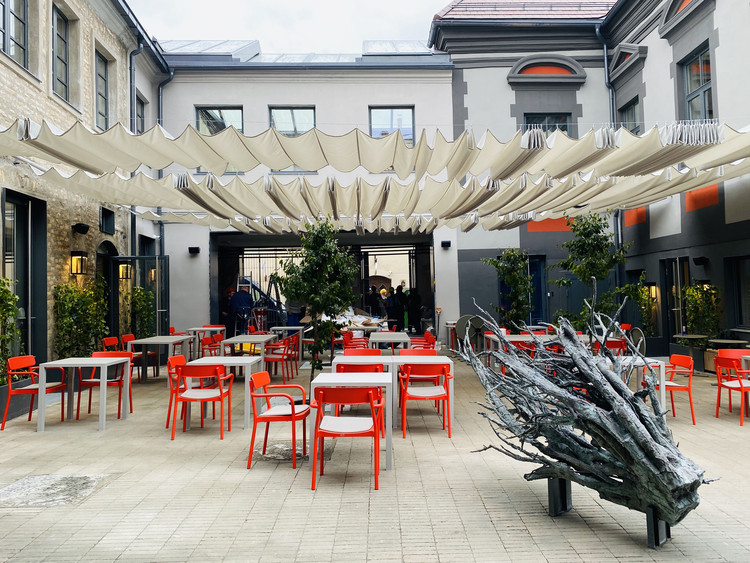 Headline. The Pocej Palace – a 400-year-old forgotten heritage object in the centre of Vilnius has opened to the public again. A distinctive project feature is the harmony of professional heritage principles and modern architecture raised above formal requirements – its historical image was all revealed while sensitively adapting the complex for a new function.

General description. The project is about the rehabilitation of one of the oldest Vilnius family palaces into a vibrant old town quarter. Based on many historical, architectural, polychrome researches, a profound relationship was sought between precious heritage and bright, warm, expressive modern architecture exhibiting 400 years of historical layers. A new passage connection between nearby streets creates a vibrant pedestrian passage with 20 restored authentic entrances highlighted by modern details, levitating concrete terraces, and a street fireplace.

Concept - Context and Strategy. The project was designed and implemented by maintaining contact with the surrounding communities as one of the goals of the project was openness to the citizens by establishing a new public space - passage-courtyard. The uncovered appearance of the building is consistent with its urban context, which also changed in a similar historical evolution. Many closed possessional-type estates prohibit public access, while this project created an open space that every citizen can enter and get familiar with the valuable features of the complex.

Vilnius Old Town is a World Heritage Site and the project was developed taking into account that it is part of this area. The project preserves all of its previously known valuable features and reveals new ones in the course of the project. All project participants, including the investor, learned a lot during the project, and are proud of the result. From the initial positive feedback from the public, discussions, and abundant attendance, it is clear that a professionally restored heritage object improves the public understanding, encourages thinking about the heritage that has always been in the vicinity in a different way than before.

Construction - Materials and Structure. The story of the complex could be read by its renewed structure and choices of materials. Main structural change – the passage through the courtyard with two links to the neighbouring streets creates a lively public passage instead of the closed parking which was here almost one century. Also, the story could be read through materials. Because the palace was built over a long period of time, the different periods are reflected through the materiality of the facades exposing various bricks and plaster layers. New architectural details such as terraces, roofs, doors, and windows are designed in sharp metal forms to emphasize the sensitive contrast between the past and the present. 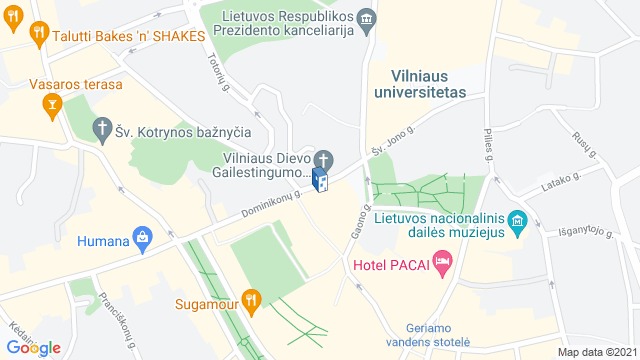 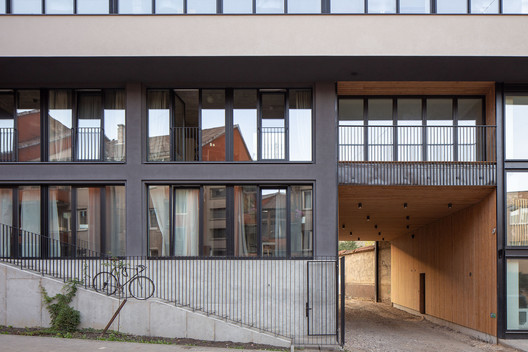