Save
A House in Shimoaojima / Mizuno Architects 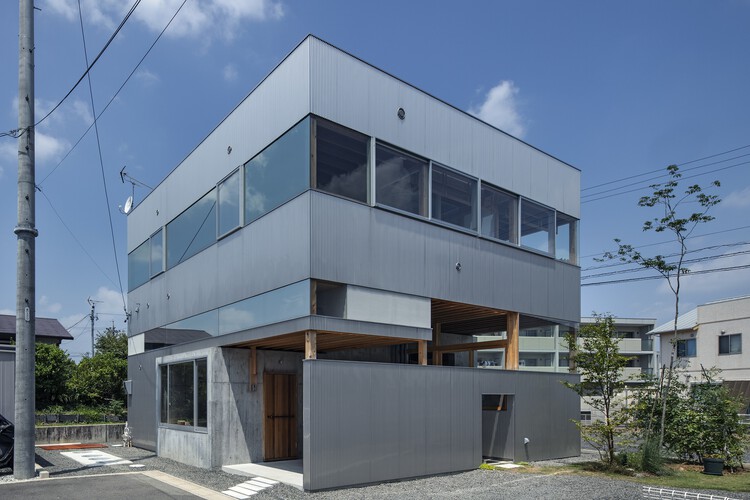 Text description provided by the architects. It is an architect’s own house for a couple in their 40s and their two children. Within a 30 minutes’ walk from Fujieda Station of the Tokaido Line, the project site is right above the former embankment called “sengan-zutsumi” built in the early Edo period to protect the region from the floods of the Oi River.

After the “sengan-zutsumi” finished its duty, it was removed and long used as farmland, which has now been redeveloped into four building plots. On the north, there is a museum to archives the history of the “sengan-zutsumi.” Its ground is 1.3m higher than that of the project site and is preserved as the remnant of the original embankment. Also, as the two northern plots were leveled about 45cm higher than the two southern plots and 70cm higher than the road on the east, the maximum level difference around the site is approximately 2m.

These different ground levels allow us to perceive the site from multiple viewpoints. By layering the family’s future life and the site’s history and conditions, we aim to update the environment by creating a building indispensable for both the place and occupants. First, we decided to treat every direction equally instead of placing the house in a certain direction or specific view. The idea is that in everyday life, each family member’s consciousness of “inside” and “outside” (in other terms, “ourselves” and “others”) is not always oriented in one favorable direction.

Instead, new dialogues radially spread out of daily consciousness and become a chance to explore a way to live a more active and highly sensible life. Even though we would be required to adjust themselves occasionally in terms of privacy and environmental impact, the different ground levels naturally distance them from the surroundings, allowing them to treat the environment in such a way. Freedom with “vague framework” and “moderate centrality” We want to create complex space with a simple system. Based on a 2730 x 2730mm grid, each story has three grids on both the X and Y axis, adding up to nine grids per story. A total of 18 grids within two stories constitute an extremely simple framework, where reinforced concrete and wooden structural frames are aligned.

Even though the grid rule composes the space, various materials on the grids such as concrete walls, wooden beams, and beams with glass make the framework more complex and vague than it seems in the plan drawing. Additionally, the floor on the second story is partially raised by 800mm, creating space with a series of different conditions. Hence, the grid frame fades away and becomes a slight guideline that supports the space. A spiral staircase is placed in the center of the grid plane to open up the space in every direction. This is not a “symbol” enshrined in the center of the house, but an element that ensures an efficient circulation. The bottom of the stairs faces the kitchen to allow easy access to the closet and bathroom on the mezzanines.

Meanwhile, as there are many ways to access the central staircase, each family member can choose their desired route, and it updates daily in their mind like an animal trail. Also, the space of the spiral staircase is 4.5 tatami mats in size, which could be used not only as a passageway but also as a place to read a book, play a musical instrument, or just look up to the sky. The meaning of the spiral stairs as a place or a passageway surpasses its impact as an object, thus obtaining a moderate centrality. We hope to reconsider the fact that houses have changed from space centralized around a living room and TV to one that values the diversity of individuals. Although this space seems complex and flexible at a glance, its flexibility is not an unruled one as if released out in the forest. By implementing a moderate centrality or a vague framework in the background, the house will become a place for the family to acquire indisputable freedom in daily life. 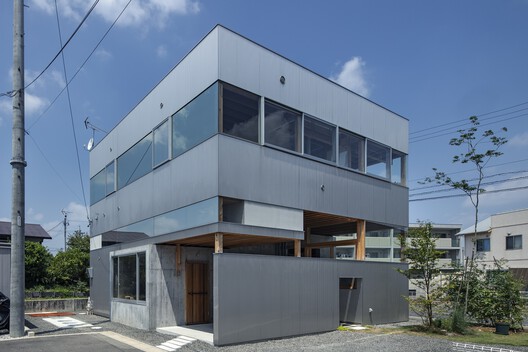