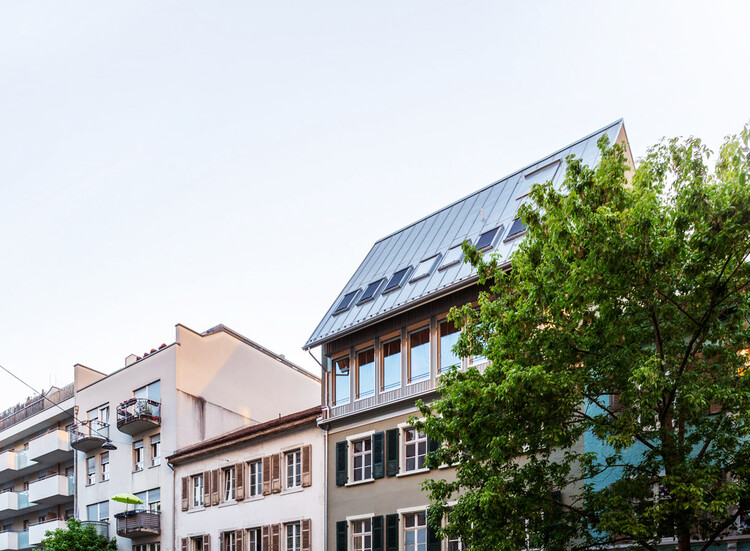 Text description provided by the architects. Densification in existing. Building with existing buildings is the ecological order of the day. Inner densification is the keyword. On Wasserstrasse in Basel's St. Johann neighbourhood, Atelier Atlas Architektur has used a radical concept to add storeys to an existing apartment building from the late 19th century. In an inhabited state, socially and ecologically sustainable.

The valuable building resources and affordable living space were preserved - and a new family flat was created as an extension of the roof. The architectural concept of timber construction functions as a consistent further development and reshaping of the existing qualities.

A new roof. From the Wasserstrasse, the extension can be read as a new roof. The existing eaves are retained and thus integrate the new building into the ensemble of neighbouring buildings of the same type. The attic storey with eight vertical windows acts as an intermediary to the high pitched roof above, which extends safely over two storeys. The materialisation as a metal seam roof seeks a clear demarcation from the tiled roofs of the neighbourhood and references the industrial context of the district heating power plant behind it.

The openings are structural in nature: the eight skylights reproduce the position of the rafters. An opaque skylight opens the roof space selectively. Continuing the typology. The typology of the extension develops from the room layout of the existing building. At the end of the existing staircase, the hall is the spatial prelude to the maisonette. All rooms of the point-symmetrical floor plan are accessed from here. There is a bedroom in each of the four corners of the building. The stairs, the bathroom and the cloakroom are located in between.

The slight geometric expansion of the hall creates a clear spatial centre. On the other floors, the structure increasingly dissolves: In the second attic storey, the bathroom, a column, and the kitchen furniture provide the spatial structure, whereas the final attic space is completely free of columns. To ensure earthquake resistance, all loads are transferred to the two firewalls via beams and wall plates. In the basement, the additionally reinforced linear foundations take over the loads.

Durable materials and reuse. In materialisation, the focus is on durable, robust and natural materials. The timber construction can be felt and experienced in the interior. Walls and ceilings are covered with solid wood panels made of fir, and the wall surfaces have been soaped. The mineral flooring, sanded anhydrite, contrasts the wooden surfaces in a warm reddish-grey tone.

The interior doors combine old and new: Since the flat doors had to be replaced due to the increased fire protection requirements in the existing building, this valuable carpentry work could be reused in the new building. The woodwork is painted in grey oil colour. Bonus room above St. Johann's roofs. The unheated roof space functions as an open additional room and thermal climate buffer. It can be understood as room-containing rear ventilation, entirely in the spirit of the ‘Gründerzeit’ roof trusses.

The wooden structure is celebrated here: The rafters rest on a strong, central ridge purlin. The "X" of the earthquake bracing marks the transition to the terrace. The room is an experiment. How it is used is open, can change and be adapted. It is a statement for an architecture of openness to using. 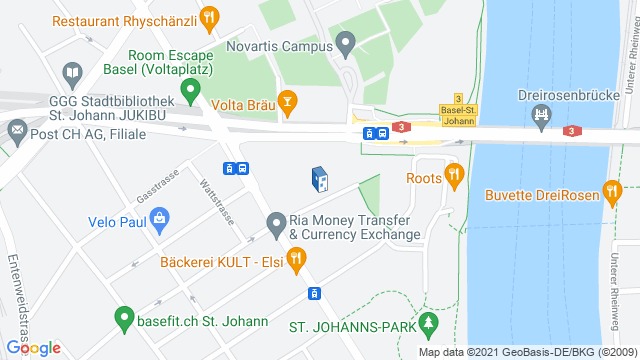 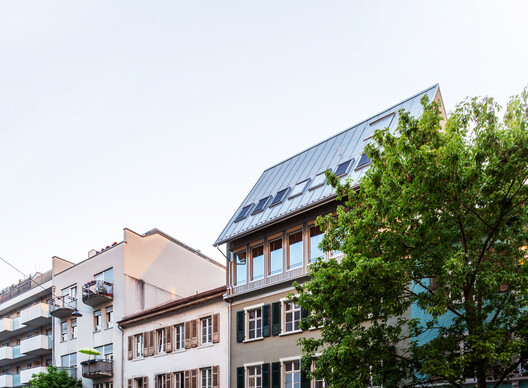