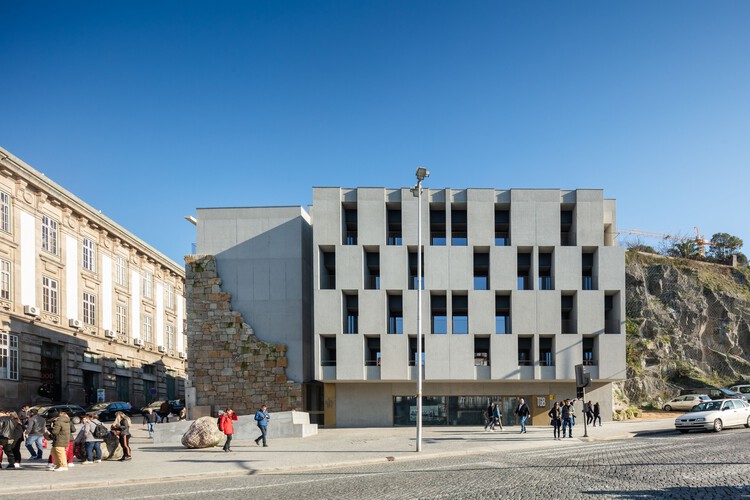 Text description provided by the architects. The São Bento Residences project is located on a notable corner of Porto's Historic Centre, next to the city’s main station and just a few meters from the old cathedral. This corner results from a 1940’s demolition plan, of an extensive urban area, for the development of a Modern avenue. Assuming its contemporaneity, and avoiding any kind of architectural pastiche, the project seeks to establish continuities between all those different historical layers, but also a balanced relationship between a remnant granite façade of the 18th century and the vast mass of the escarpment which resulted from that urban demolition.

The urban 1940’s demolition generated an open "wound" in the city centre, an urban void that exposed the mentioned granite escarpment, presently maintained and requalified by the municipality as a landscape fragment. The project links those “artificial” and “natural” pre-existences, but also the “monumental” and “residential” scales which surround them. A monolithic block, built in exposed concrete, hammered “in situ”, conforms itself to those prevailing shapes and scales.

In response to the program required by the client – sixteen apartments, mainly studios – the concrete block accomplishes two purposes, translated into two distinct volumes: one of them absorbs and complements, by affinity, the 18th Century stone façade; the other inaugurates a new front on the Modern avenue. A "gap” between the two volumes marks the entrance, reception and vertical accesses to the different apartments. Four of those apartments fill up the volume that contains the granite corner façade; the other apartments are distributed in the new volume, in which interior spaces are marked by concrete niches, but also by different views of the urban surroundings, observed through the new windows and balconies. On the ground floor, a restaurant space relates both volumes.

The rhythmic composition of the avenue façade reinvents the vertical proportions of Porto’s traditional architecture. This façade protrudes over the public space through a kind of loggia, a common solution in other traditional buildings of Porto’s downtown. From these buildings, the project rescues also the exquisite use of brass, in the delicate composition of the new balconies and ground floor window frames, in contrast to the façade’s beton brut. This project puts an end to decades of degradation inside its plot, benefiting the urban environment of Porto’s Central Station and punctually resolving a deadlock generated by the 1940’s demolition plan. The project marks the beginning of the requalification process of an historic urban front, valuing its architectural exceptionality, and the public use of the avenue’s corner and promenade. This approach can constitute a model for other Porto’s architectural renewals, by establishing a dialogue with different strata of the city. This “adaptability” may serve as an example for future projects that have to deal with this complex and incomplete urban fabric.

Between the integration into the surrounding buildings and escarpment, and the affirmation of its contemporaneity, the São Bento Residences project seeks to build a conceptual link between the 18th and 21st centuries. 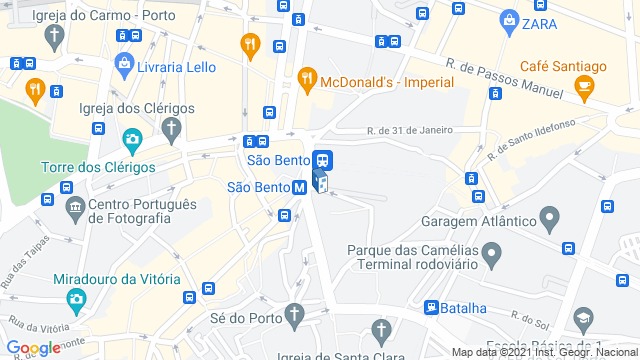 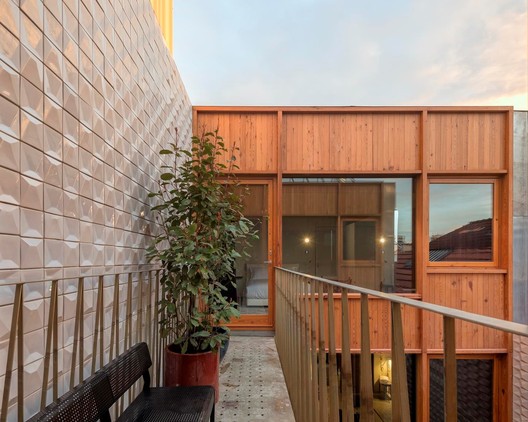 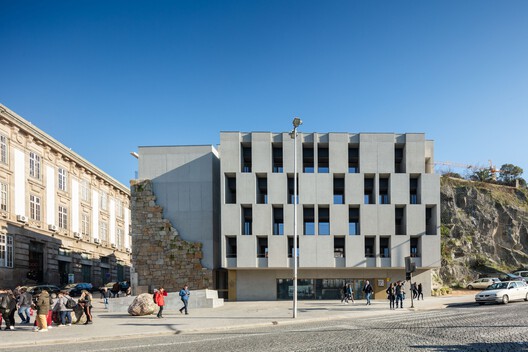