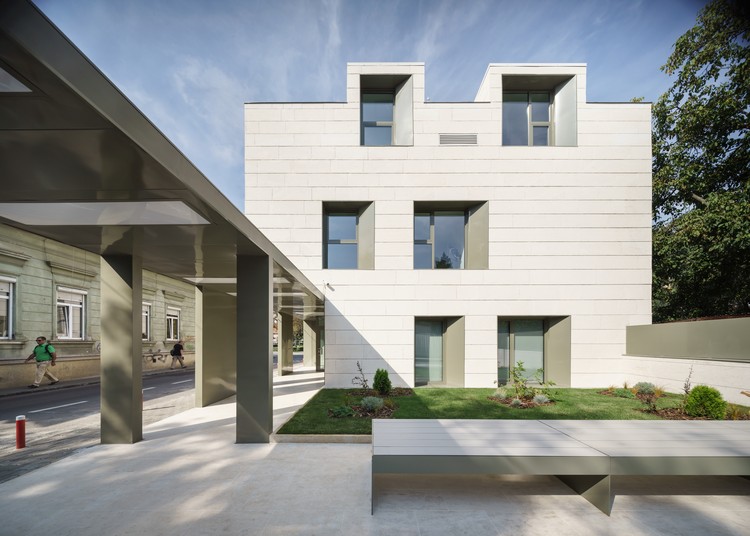 Text description provided by the architects. The site's location is on the outer strip of the city's intra muros area of Cluj, an area best described as an ​​architectural mélange of small historical houses with gardens and new and more expansive hotel and educational complexes. The new medical center occupies a small corner plot, between two streets with different hierarchies, and is replacing an existing ground floor house. At its eastern limit, hidden behind the gardens and houses, waves the course of the Water Mill’s Canal, designed since the 16th century to supply the water mills in the city. Unfortunately, on our plot it was covered to facilitate the extension of the annexes of the initially existing house, thus becoming invisible to passers-by on the secondary street.

Taking into account the accessibility and visibility of this place from various points of the city, the project aimed to create a medical function, organized around the specialty of dermatology, along with other ambulatory or low hospitalization services, including an operating room for plastic surgery and repair.

Beyond the site's constraints and a complex functional program that had to adapt to its small size, one of the stakes of the project was the proposal of a semipublic space open to the Water Mill’s Canal. We tackled this by proposing a new approach on how to build relating to this watercourse in the city, compromised in most cases by abusive interventions with parasitic constructions. In these conditions, the new building responds to the context by occupying the corner of the plot with a considerate volume towards the scale of the neighboring houses. Furthermore, since one of our objectives was to uncover the Water Mill’s Canal, this became a center point of the project. Therefore, we proposed a public courtyard for leisure in between the water and the clinic.

Through the language of contemporary architecture, intrinsic values ​​of the existing historical heritage are evoked. One element is the portico, which becomes an element of hierarchy and transition between the street and the courtyard. It allows easy access to the canal, but it also marks the main access to the building. Thus, the new public yard becomes accessible both during the operating hours of the medical center and during the rest of the day.

The roof appeals to an austere image, based on its location in the protected area of ​​historical monuments, in the immediate vicinity of the city center. This austerity is compensated, however, by the desire to credit the medical institution it harbors, by choosing noble materials that ensure a beautiful aging process over time. The exterior image of the building is thus stimulated by the contrast between the materiality of Vratza bush-hammered limestone, the unitary distribution of windows with subtle metal frames, which become subtle „wholes” of the stone massif, along with the metal structure of the entrance porch. The same limestone, but in this case with a high density, is also found on the roof, to strengthen the image of a cohesive and archetypal volume.

The indoor spaces answer rationally to the functional program of a dermatology and plastic surgery clinic, alternating common spaces for patients with salons, cabinets, surgery blocks, and specialized related functions. 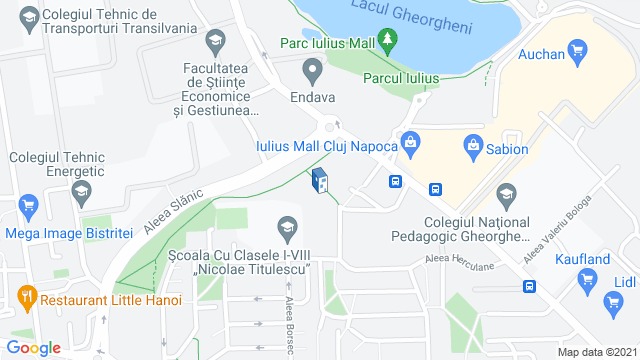 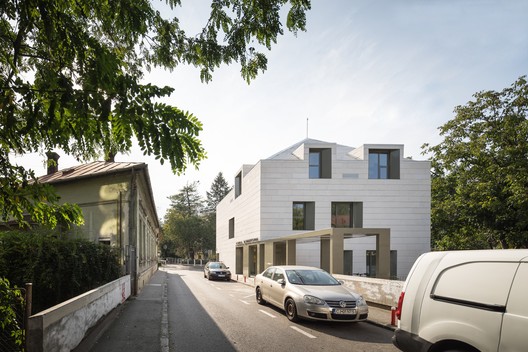 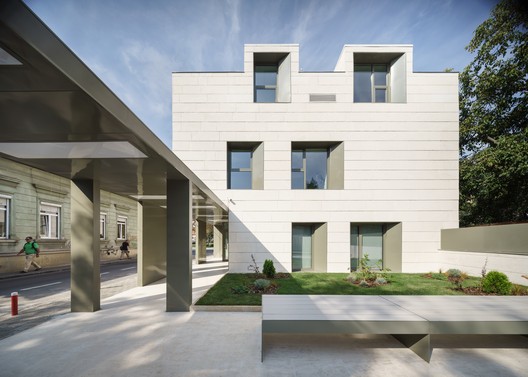