Save
What Will Happen to Cities if Everyone Keeps Working From Home?
Share
Or
Copy

Our lives in urban centers have been completely upended over the last 16 months. As we look into the near future, some of us begin to experience the call back into our workplaces and experience the awakening of a long slumber of cities, it’s without a doubt that life as we knew it will never be the same. While some on the extreme end have been asking “will we even need cities?” (to which the answer is a very definite yes), how will cities change if we continue to move forward in this digital era of work and life that was accelerated by the pandemic?

The beginning of the pandemic saw many people fleeing their tiny apartments in favor of suburbs and rural areas which offered more space and distance away from strangers. This isn’t the first time in history that American cities saw a fast, mass exodus away from a high-density lifestyle- but that doesn’t mean its unreasonable to wonder if this time, people will actually want to return back, and how downtown areas might be forced to evolve to entice businesses to stay. All of this will have major implications for how we continue to develop commercial buildings, residential projects, and even mass transit solutions for the decades to come.

Downtowns first declined in the early 1960s, when the mass industrialization after World War II allowed jobs that were once seen as permanently located in certain areas to relocate to new states for better opportunities. This also created “edge cities”, or new business and entertainment districts in areas that were previously zoned as residential neighborhoods. Once these companies moved, people followed but settled down in places that further increased urban sprawl, introducing the need to commute by car- something very few people enjoy doing. More than 90 percent of Americans drive to work with an average commute of about 27 minutes. This is why our lives have always felt so tethered to our jobs- the hours spent driving quickly add up, making even the distance between work and home feel like not quite enough separation. But this trend was flipped upside down almost overnight when the world went completely virtual and most corporations had to immediately transition into some form of remote work and might force people to reconsider how and where they live permanently.

Why It's Not Quite Time to Give Up City Living 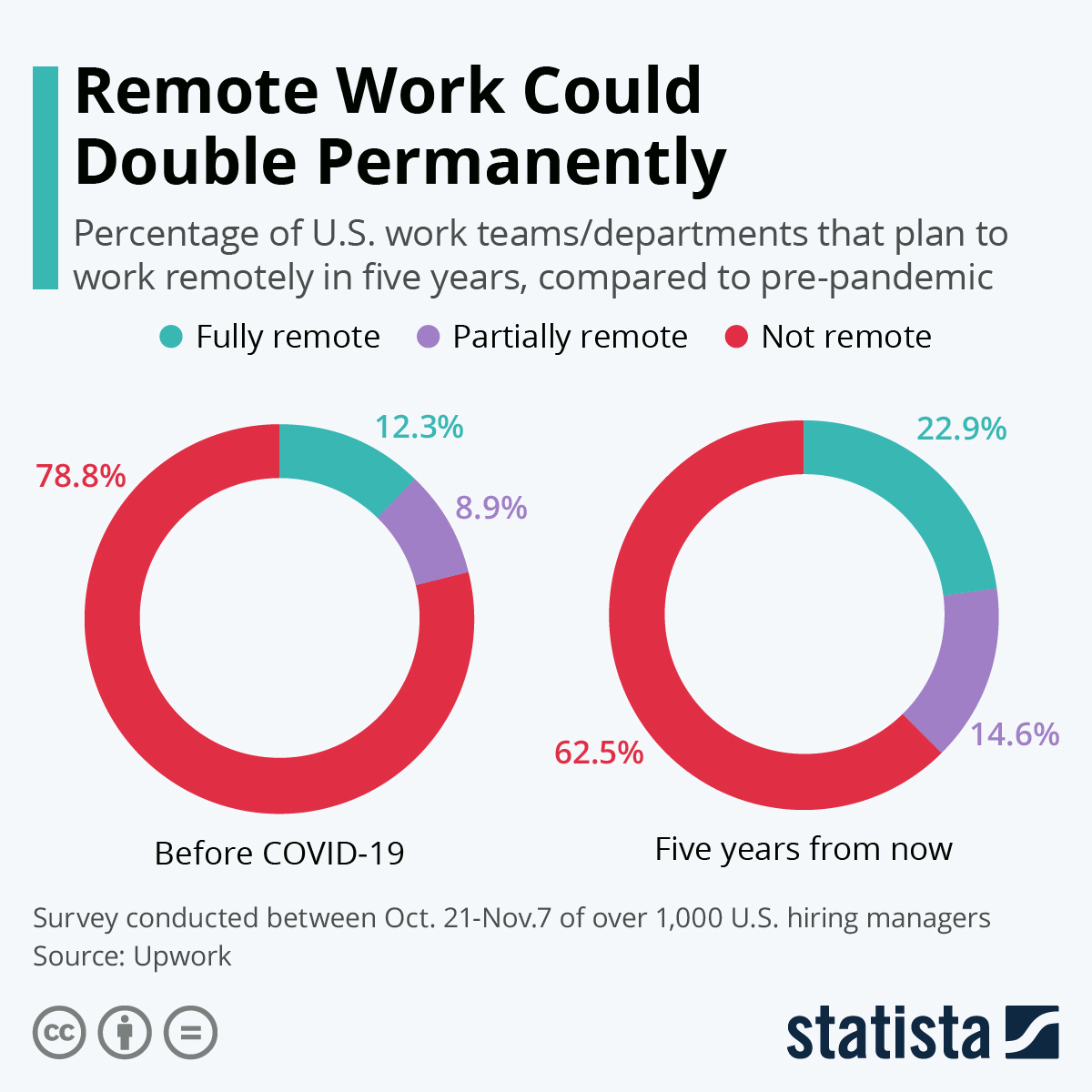 Some believe that this will push cities in a direction that makes them become more of “Urban Hotels” where people will come and go on a more frequent basis, forcing businesses to change to accommodate those peak hours when people will be in the area. It will make downtowns more of a clearly defined destination with very specific offerings. In turn, the suburbs will also need to evolve with the creation of more dense housing and the amenities that historically, downtowns have offered. The suburbs of the future might be seen as less “boring”, and become more desirable, especially to younger generations.

What’s happening in cities now is that buildings that were designed before the pandemic are still underway in terms of construction, and downtowns feel more lively than ever. Major transit systems are back to running on full schedules as the need for capacity increases. The record-low rent prices are now back on the rise, and the highly competitive job market of coastal hubs is now on a massive hiring spree- anything to get people back into cities. The window of opportunity for suburbs to reconsider how they are perceived is narrowing, and the prediction that most of the world will live in cities by 2050 seems to be more true than ever. But there’s still one question- how many of the habits we gained over the last year and a half will stick with us into the future? Or will we soon revert into a life that once was, and cities that once were, more 2019-esque?

NewsArticlesSuburbsThe Future of CitiesUrban RenewalCitiesArchitectureUrbanismCOVID-19
Cite: Kaley Overstreet. "What Will Happen to Cities if Everyone Keeps Working From Home?" 27 Jun 2021. ArchDaily. Accessed . <https://www.archdaily.com/963825/what-will-happen-to-cities-if-everyone-keeps-working-from-home> ISSN 0719-8884
Save