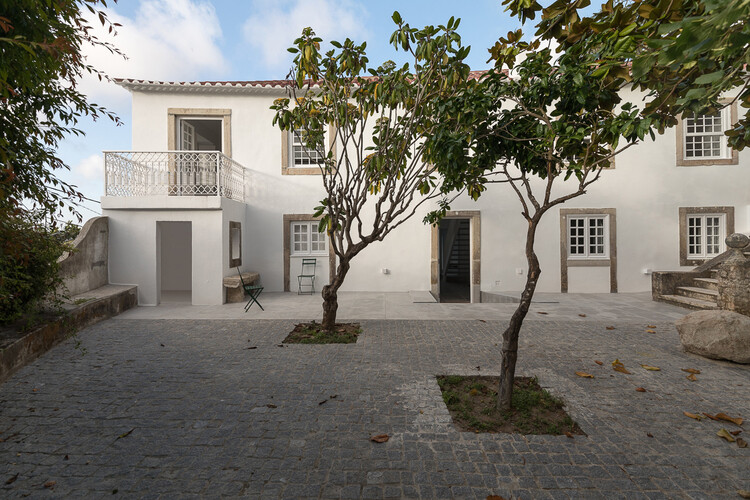 Text description provided by the architects. This house, which is located on terraced land on the northern slopes of the Serra de Sintra, had undergone a series of modifications over the years. All of the houses in the village of Eugaria were built in the same way, creating a settlement with a unique identity and feel. The house is at the heart of a property that includes a terraced garden, pathways, growing areas, wellheads, courtyards and terraces, seeming to merge gradually into the woodland that swathes the hillside beyond.

In the 1980s, the house underwent a complete renovation, so that only its external walls left unscathed. On the inside, it was rebuilt with concrete slabs and brick masonry that was at odds with the original structure and essentially did not resolve basic issues of comfort, leaving insufficient thermal insulation and excessive damp. During the 80s, one of the most striking characteristics of the house and the entire estate was its exoticism. This stemmed from the sheer diversity of the species living in the garden and the design features that echo the Quinta da Regaleira and were incorporated into the house at the stage of construction, such as wooden doors, metal window frames, and handrails. The new intervention sought to maintain these distinctive features of the house. The entire interior was reconstructed, creating new relationships between the different floors, opening up space for newly defined rooms, and introducing bright new flooring to increase the sense of comfort.

The aim was to enhance the inherent diversity and exoticism, which were prized as a quintessential characteristic of the property. All of the structural elements that had taken their cue from the Quinta da Regaleira were restored, creating settings that, for all their newness, looked as though they had always been there. 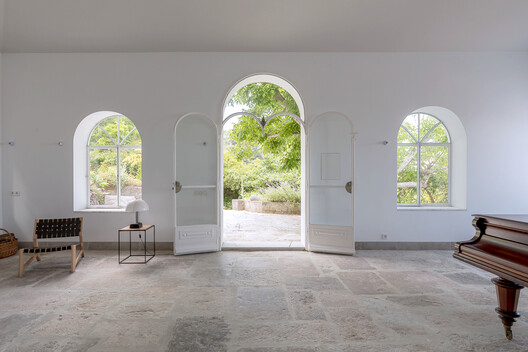