Save
"We are Not the Protagonists, Architecture is Just the Background": In Conversation with Alejandro Aravena
Share
Or
Copy

The 17th Venice Architecture Biennale invited architects to ponder the question “How will we live together”, eliciting a variety of answers, readings and interpretations. The International Exhibition unfolding in Giardini, the Arsenale and Forte Maghera presents 112 participants in the competition, coming from 46 countries, whose contributions are organized into five scales: Among Diverse Beings, As New Households, As Emerging Communities, Across Borders, and As One Planet. Answering “How will we live together as a community? “ is Chilean office ELEMENTAL and Archdaily met in Venice with Alejandro Aravena to discuss the idea behind the project KOYAÜWE, which creates a space that recovers the tradition of parleys, as a means to address the historical Chilean-Mapuche conflict. 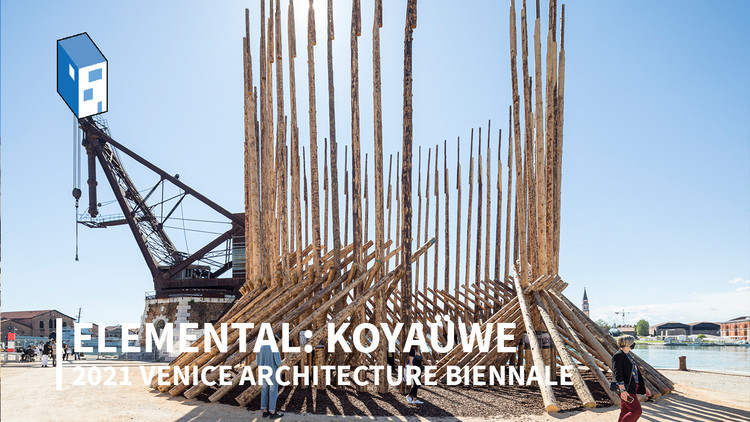 The Mapuche conflict is a phenomenon happening in Chile and some area of Argentina, which centres around claims of indigenous Mapuche for jurisdictional autonomy, land ownership and rights recognition. As the Chilean-Mapuche hostilities have escalated in recent years, ELEMENTAL chose to address the conflict by using architecture as a means to establish a dialogue. In the interview, Alejandro Aravena explains how the project aims to recover the old parley tradition, the means the Mapuche community used to relate to other powers. As this institution had no architecture to reference, ELEMENTAL shaped koyaüwe, the space for parley, through a participatory process, engaging the knowledge of the Mapuche community.

ELEMENTAL’s project comprises two steps, establishing the foundation for the Mapuche and Chilean community to get to know each other and then start a conversation. In 2019, ELEMENTAL was called to create a framework for dialogue, which resulted in the KUNU, a portal into the Mapuche culture, followed by the koyaüwe, the space for solving differences which was installed near the Arsenale. Unfortunately, the conversations that were supposed to occur within the koyaüwe in Venice were no longer possible due to the pandemic. However, the project creates the spatial structure for two opposing communities to get to know each other and establish dialogue, and as Aravena stresses, it provides an additional tool for managing this conflict and others.

"Dissecting the Politics and Mechanics of Institutions": In Conversation with Russian Pavilion Curator Ippolito Pestellini Laparelli at the 2021 Venice Biennale