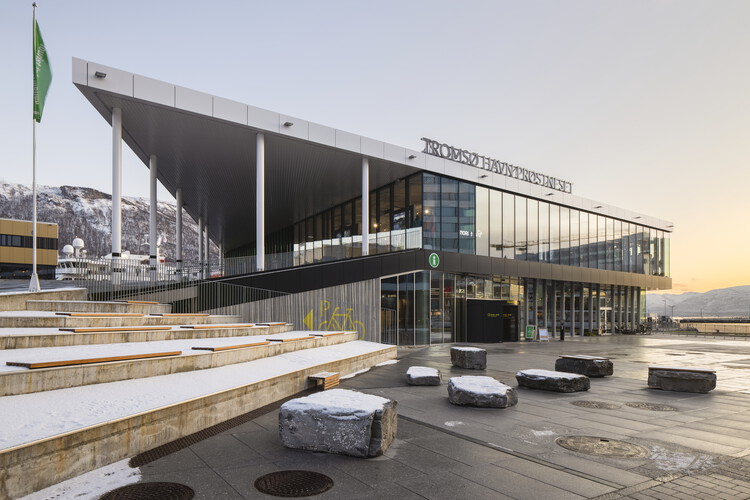 Text description provided by the architects. Tromsø - 5 people cross the street, meet in the middle, stop to talk. Traffic passes on either side. A woman stands holding a baby in her arms. She is breastfeeding. In Tromsø, the public space is continually defined by the inhabitants. In two months, a street may no longer be a street, it may become a 'white' field, space, on an island, between buildings, amid some of the most beautiful landscapes in the world. A landscape that resists objectification. In 2003, SPACEGROUP won the international competition for the Prostneset Ferry Terminal in Tromsø, Norway. While many cities struggle to achieve 'Terminus Nirvana' - the climax of reaching the edge - Tromsø has the unique condition of having no hinterland, only 'fore-land'.

Surrounded by sea, and islands, and horizons, and sea again, Tromsø. Physical connections, shifting perceptions, dispose of any traditional notion of edge, a spatiality where water, view, sky, light, and ground form changing truths. In Tromsø, time-space relationships are in a constant state of flux, managed by the light. The tired modernist tendency of constructed views, and the objectification of nature as a framed image, is lost in this context.

Contrived flow diagrams and connect the dot strategies generating 'free' form do not do justice to magnetism, free will, and overlapping contextual fields. Resisting the hermetic tendency of the terminal as infrastructural machines, we propose a new kind of terminal, where the determinacy of inside and out, private and public, controlled and free is liberated.

The traditional terminal, a point of connection', where voyeurism of travel meets urbanity, is confronted with its many obligations, its ever-expanding logics, and its own prescriptiveness in an impossible attempt to achieve optimal efficiency. Moreover, the terminal wrestles with its size, defined by a few, short peaks that stretch the envelope to the maximum, leaving behind largely vacuous space.

Our proposal begins on the scale of the Tromsø region, a reading of perceived, experienced, lived space, a translation of public space, and with this the invention of the terminal on Prostneset. To enter the city - directly. To flow from the boat to the terrace in summer. To have references, and to have references that change. An architecture without obligations. To charge the project with spaces and programs for the non-peaks - to bring the city to the terminal and the 'guests' to the city - a redefinition of the terminal, an atomized terminal.

In this notion, exceptionally different architectures are envisioned, giving the terminal an urban complexity that operates on the scale of the city. The project is conceived as 3 terminals – for speedboats, ferries, and buses – focused on optimal flow, unique identity, and interfacing with one another and the city. The position of these three entities, along with the infrastructure that supports them, forms an intricately layered organizational system. 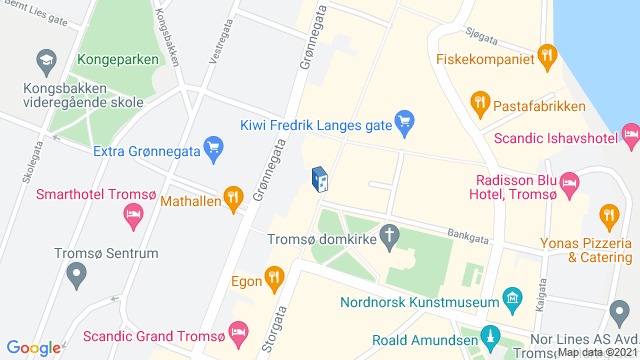 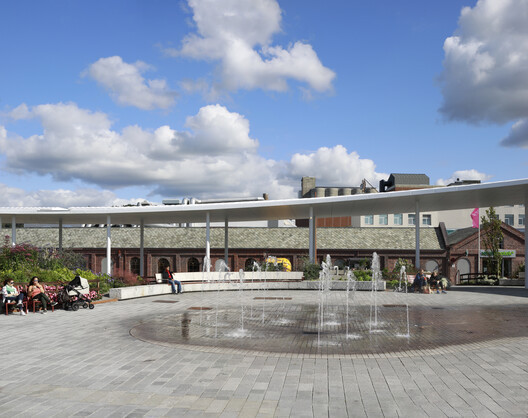