Save
Types of Urban Blocks: Different Ways of Occupying the City
Share
Or
Copy

Urban blocks can be defined as the space within the street pattern of a city that is subdivided into land lots for the construction of buildings. This morphological element has been shaped according to the current views on urban design and its expectations over the centuries. It may consist of a single building structure or an area with several buildings that vary in size, detached structures surrounded by nature, or intricate labyrinths. Regardless of the composition, an urban block is the basic unit of a city's urban fabric and plays an important role in mediating between the public and private spheres. 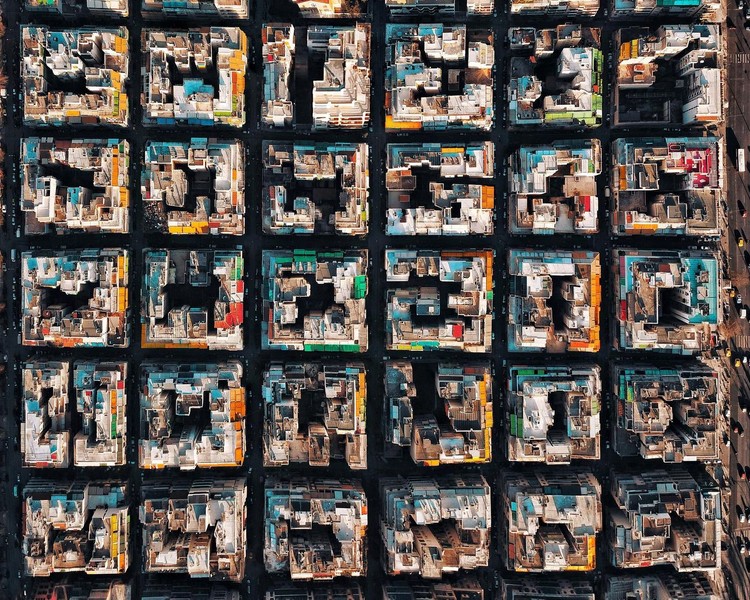 Here are some typologies of urban blocks illustrated by incredible aerial photographs.

A traditional block is an urban organism developing gradually over a long period of time. It is characterized by a large, dense, and uniform mass resulting in a disproportionate relationship between the built environment and the open spaces. These blocks can vary in shape and size since they are usually formed according to the space that is left from the street pattern. This creates an urban architecture that is restricted to the front facade, which may or may not have more regular arrangements and sizes, as seen in Haussmann's emblematic renovation of Paris.

Barcelona deserves special attention thanks to the remarkable typology introduced by Ildefons Cerdà in which he establishes a new relationship between buildings and streets. His plan acknowledges the advantages of the grid pattern in terms of circulation, topology, and construction, resulting in a 113m by 113m square module with a 20m chamfer. This typology sets a milestone in the history of urbanism because, from this moment on, the block stops being just a collateral feature, as previously mentioned, to become the main element of urban composition and structure.

However, his plan was not thoroughly implemented, focusing mainly on the road network. The blocks originally included an inner open area intended for public parks and amenities comprising 1/3 of the total surface area but, as the years went by, they were massively occupied by buildings.

Although Cerdà's plan was not executed to its full potential, it inspired the development of perimeter blocks. The city of Amsterdam, for example, is a great example of this type of block. Although they are still consequences of the road system, Figueroa (2016) states that they establish a new hierarchy of streets and urban spaces, mainly due to the unique corners and the inner courtyards, which started as private gardens and later became public spaces, increasing the permeability of the block.

An open block is essentially a hybrid element that brings together the value of the traditional street and corner but respects the autonomy of different types of buildings. This composition allows more natural lighting and ventilation to the buildings, creating a more pedestrian-friendly environment with pathways crossing through the blocks, blurring the line between public and private.

The concept of urban megastructures, exalting colossal structures and technology, continues to resonate to this day, even though it dates back to the 1980s. The luxury resort complex below serves as an example of this typology that creates an artificial topography providing different urban perceptions.

This urban design movement emerged in the 1960s as an attempt to overcome the modernist schematism of city planning. New urbanism promotes walkable neighborhoods containing a wide range of housing and job types. Moreover, there is a strong concern for the integration between nature and the built environment, encouraging the development of green areas and public parks. This characteristic is reflected mainly in the organic design of the urban layout. 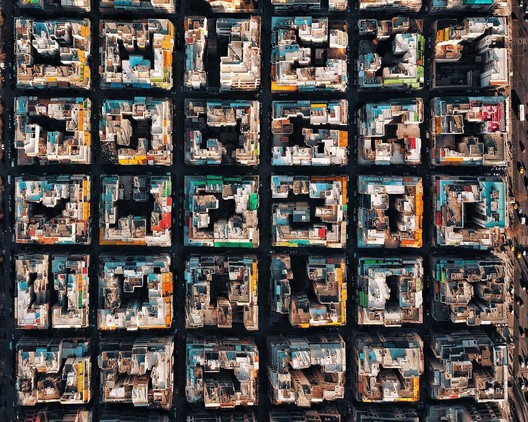