The City Council of San Jose recently approved Google’s “Downtown West” mixed-use corporate campus, an 80-acre net-zero environment, also set to feature the largest multimodal transit hub on the west coast. A departure from the tech campuses of Silicon Valley, the masterplan designed by San Francisco-based SITELAB urban studio is envisioned as an integrated part of the urban environment, an extension of Downtown San Jose open to the local community. 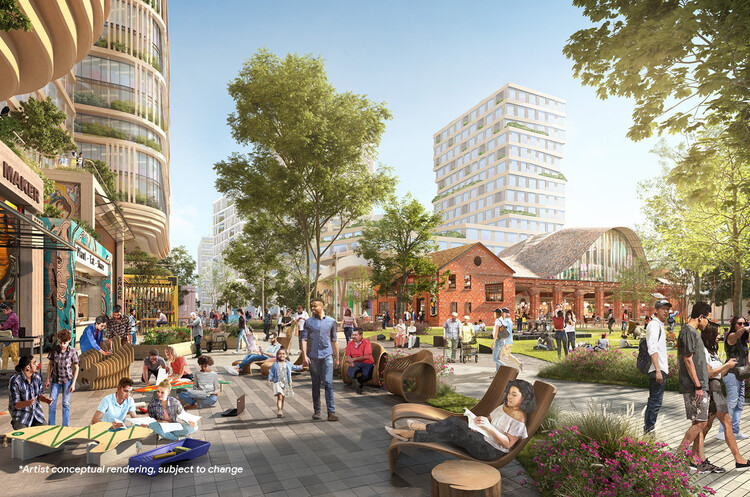 Comprising office space, housing, retail, and other functions such as hospitality and cultural venues, Downtown West is set to become a new neighbourhood of San Jose. West 8, Heatherwick Studio, Grimshaw Architects, KPF, Fougeron Architecture, SCB, Sherwood Design Engineers, and HT. Harvey & Associates are among the architecture practices that will design the buildings and public spaces of the development. The latter, together with green areas, are important aspects of the design, with the plan featuring a 1.5-acre Creekside Walk and an “urban promenade” featuring a communal lawn for outdoor programming.

The new Google campus is set to accommodate an estimated 25,000 employees and feature 7.3 million square feet of office space, 5,900 residential units, 500,000 square feet of retail space and 300 hotel rooms. The project approval comes with a community benefit deal for San Jose, which comprises a community stabilization fund and a pledge for 1000 affordable housing units.

Located near San Jose’s central rail hub, Downtown West would be a net-zero development, incorporating a microgrid and solar energy, as well as an on-site water reuse facility. As part of its sustainability focus, the project aims to significantly reduce single-occupant vehicle transport, with 65% of the trips expected to be made by bike, foot, public transportation, or carpool.

First revealed in October last year, the recently approved design will now undergo an environmental review. The construction process, divided into several phases, is expected to start next year with infrastructure and roads work, while the entire undertaking is expected to stretch over the course of at least a decade. 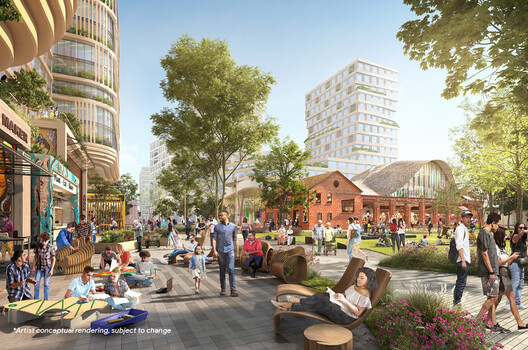