Save
Natural Stone in Residential Projects and Interiors
Share
Or
Copy

Ancient builders had deep knowledge about environmental conditions and the physical needs of humans in their search for shelter. Regardless of technological advances and the evolution of our perception of the world around us, this kind of knowledge and relationship with our surroundings can still be applied today and adapted to our current context. Natural stone, when used in architecture shows just that, as we explore its many different styles and applications. 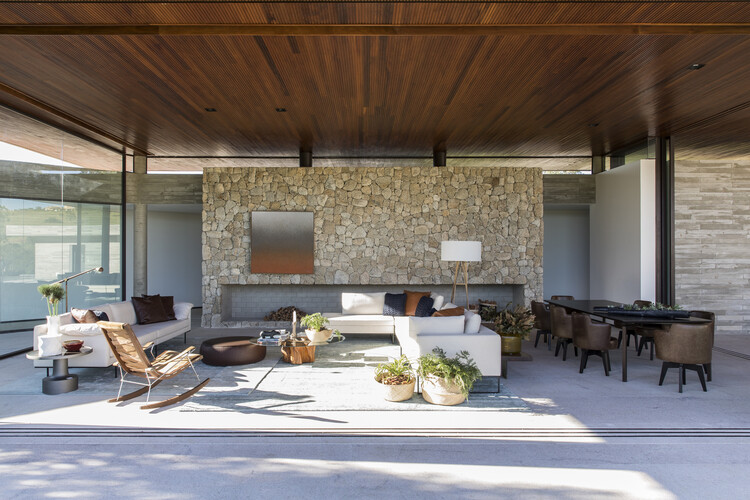 Human history is deeply connected to the use of stones as tools and raw materials. The same way an ax, made of stone and wood, is considered to be the oldest tool known today, stone is also one of the first and most important elements in the development of construction techniques and architecture.

As early as 4200 BC in the Neolithic settlements of Western Europe, building with stone was considered an important architectural, astronomical, and communal innovation. Megaliths are large pre-historic stones that were used as tombs, celestial observatories, shelter, and territorial landmarks. Some of these structures still stand today in Scotland and Ireland. Throughout the history of architecture and construction, there are many other examples of stone structures, such as the royal mortuary complex of Giza and the impressive constructions of the Greek and Roman civilizations, and later on, the Middle Ages.

Rocks are naturally occurring compounds categorized by mineral and chemical composition and physical properties that result from the geological processes that formed them. These properties define the type of rock, and therefore its potential use within various industry sectors, such as construction. Stones can be applied in different stages of construction, from concrete aggregates, structural elements in walls and bridges, or even as flooring and cladding.

Ancient buildings often used stones as structural elements, but as construction techniques developed and improved over time, with the introduction of reinforced concrete and steel structures, this became less common. However, some architects still choose to use stone structures, as seen in the Residence in Livadia, Greece, which features walls made with locally sourced stone left exposed in the interiors, revealing a combination of natural materials and techniques.

Some architects also choose to incorporate stone into the new structures, usually as an accent element, as in the GreenHouse, which uses a metal structure to create a skin over the original stone wall. When OTTOTTO studio removed the plaster from this house, they discovered two majestic stone walls and were immediately prompted to preserve them, keeping them visible under a new layer of steel mesh.

Using stone as a contrasting element is a very appealing approach for renovations in residential projects. For example, the Richaud Factory House by Richaud Arquitectura highlights the ancient building traditions of the Yucatán Peninsula and integrates them with modern techniques, thereby reclaiming and restoring a piece of history. This house features not only the ancient stone walls but also some new finishings in natural stone contrasting with the smooth, plastered, and painted surfaces. The bathroom sink made of natural carved stone is also a standout feature.

Another way of incorporating stone as structure and also as a decorative element is using them on outside walls, adding privacy to the house. The Stone House, by Hueb Ferreira Arquitetos, showcases stone facades that contribute to the desired feeling of refuge. This element also appears in the living areas of the house to accentuate these environments.

Nowadays, stones are more commonly used as finishes rather than structures. As seen in the examples above, natural rustic stones can be used to provide texture to architecture. Another option is using untreated natural cleft stone, as seen in this house in Spain designed by Hiha Studio, which combines wood, rammed earth, brick walls, glass, and natural stone flooring to achieve a contrasting yet balanced effect.

Polished stone finishes are becoming less popular due to the development of new materials that can mimic stone patterns and colors. However, choosing natural stone might be related to sustainability concerns and the desire to connect with nature and the Earth. As seen in this renovated apartment in Portugal, the natural pattern and deep color of the green marble are used to highlight the living room shelf and the bathroom sink and bathtub.

The Container House is a project that combines natural stone and innovative ultra-compact surfaces that reproduce the appearance of stone. The environments have predominantly white shades to help enhance the size of the space and create a minimalist feel, with impeccable finishes, so that one doesn't even notice the corrugated, industrial structure of the shipping container. A bench made of 204 identical plates of Brazilian granite, which was designed by the office and assembled on-site, elevates the natural stone element to a work of art.

The renovation of the CR Apartment, which transforms a historical hotel floor into a single-family apartment, makes use of stone in every possible way: natural, polished, rustic, cleft, and sawn. Although the idea of the project was to make the interventions as unnoticeable as possible, to avoid drawing attention away from the pre-existing elements, the stones still discreetly stand out within the whole design.

Thanks to their great variety in texture, properties, and applications, their ability to evoke the roots of a place, reveal construction techniques, connect with nature, and stand out as a unique feature of a project, natural stone elements continue to demonstrate why it has always played a key role in the evolution of construction throughout history. 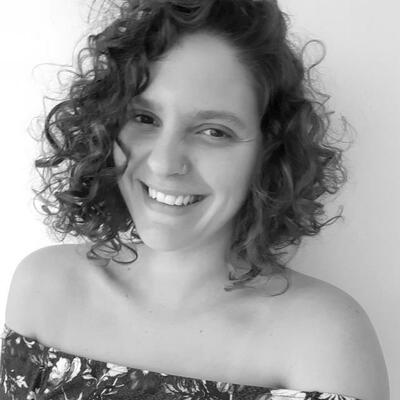 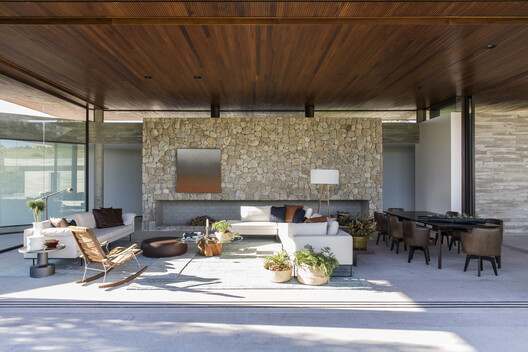