Save
Jaime Lerner, Influential Brazilian Urbanist Passes Away At 83
Share
Or
Copy

The prominent Brazilian urbanist Jaime Lerner has passed away this Thursday, May 27, at the age of 83. Trained as an architect, Lerner was chosen by the American magazine Planetizen as the second most influential urban planner of all time, only behind Jane Jacobs. In addition to his career linked to architecture and urban planning, Lerner was three times mayor of Curitiba and twice governor of Paraná (1995-1998 and 1999-2002). Lerner graduated in Architecture in 1964 from the Federal University of Paraná (UFPR) and worked at the Curitiba Institute for Research and Urbanism (Ippuc) since its creation in 1965.

According to G1, Lerner had been hospitalized since May 21 at the Hospital Universitário Evangélico Mackenzie, in Curitiba, after presenting fever. His death was due to complications of chronic kidney disease.

Jaime Lerner became widely known for implementing a highly innovative urban mobility system for the city of Curitiba, in the 70s. Later called BRT (Bus Rapid Transportation), the system consisted of articulated buses traveling on exclusive gutters, with tube-shaped prepayment-fare stations, which made the operation much faster. In practice, the mobility system had an efficiency close to that of a subway, but with a very low implementation cost. The solution has been replicated in many cities around the world, such as Bogotá and Rio de Janeiro.

In addition, Lerner developed residential and urban projects, designed parks, and created Rua XV, in downtown Curitiba, the first pedestrian-only street in Brazil. The legacy of Jaime Lerner, with extremely innovative ideas at the time and successful applications, will be studied by many generations of architects and urban planners all around the world. 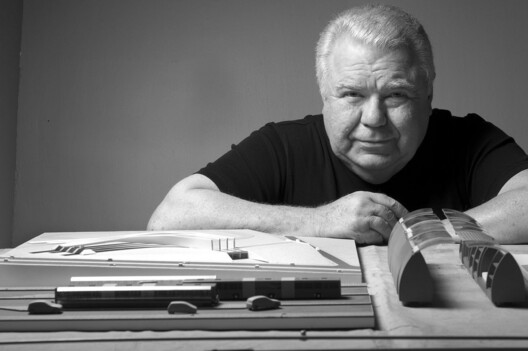