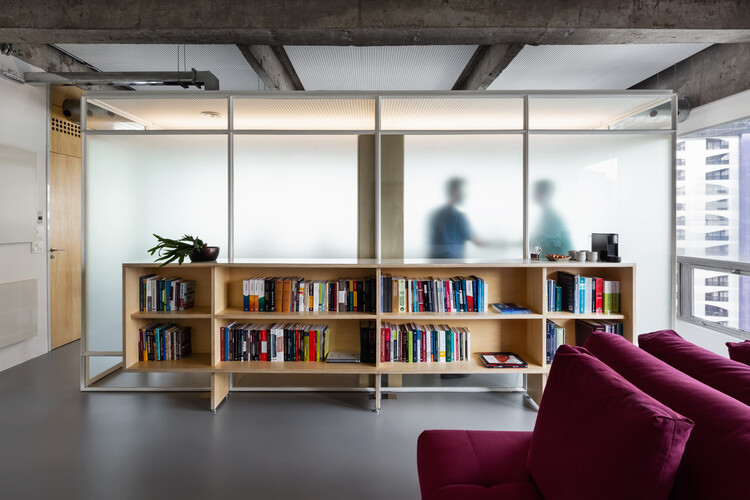 Text description provided by the architects. The Capitania Building, located on Brigadeiro Faria Lima Avenue, São Paulo, Brazil, was designed in 1973 by Pedro Paulo de Mello Saraiva and represents an important portion of the architect’s production.

The project was defined by its structural solution – a significant trace in Saraiva’s works – placing structural columns along the facades on the typical floors, a solution that creates pillar-free, open office spaces and simultaneously reduces the incidence of direct solar rays upon the facades, constituted by large aluminum and glass windows.

Our project, designed for a law practice office which intended to occupy one of Capitania’s commercial areas, sought to explore the building´s original qualities, through the demolition of all plaster ceilings and dry-wall partitions, revealing the concrete structure and, therefore, highlighting the building´s structural characteristics.

We defined that a broad perception of the space should be a premise; the distribution of the office´s program was guided by the elegant grid of beams, rigidly modulated, and carefully articulated with de facade’s columns.

A unique floor-to-ceiling acoustic glass partition – aligned with the building´s core – defined the meeting room. A glass volume, detached from the concrete ceiling and modulated by the concrete structure, was positioned in continuation to the existing toilet walls, hence forming two spaces:  a working area for up to 12 staff members – a specific client demand – and a reception-living room. Inside the translucent glass volume,  were placed a small coffee room and a telephone room.

If, on one hand, the project was oriented by the building´s rigorous structural modulation, on the other, the choice for a monolithic, joint-free epoxy floor, allowed a broad, continuous comprehension of space.

Glass partitions were made of flat steel profiles, chosen because of the remarkable slimness. The glass divisions were defined in response to transportation difficulties imposed by the building’s limited size elevators and staircases.

All woodwork, made of naval plywood and white Formica, was personalized: closets, cabinets, sideboards, and bookshelves, as well as working desks, in which special care with ergonomic details was preponderous, such as easy access to outlets and internet plugs, as well as specific lighting.

Inside the coffee and toilet rooms were applied prefabricated granilite panels, sometimes as wall coating, and sometimes as partitions or counters.

The lighting project took advantage of very concise lines, that illuminate working planes directly, ceilings and walls indirectly, according to each of the environment’s needs.

As a result, one can observe interventions that are extremely sensitive to the building’s specificities, a very pleasant working space, visually integrated, grasping abundantly towards the city’s landscape. 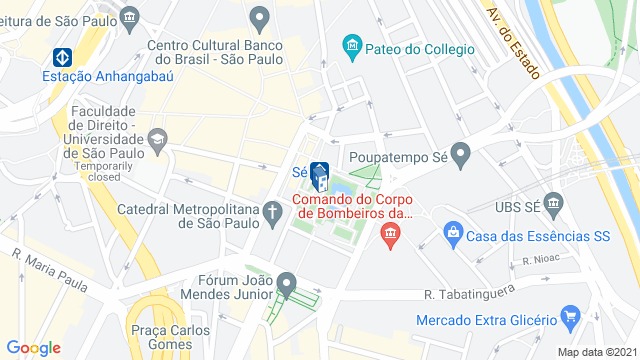 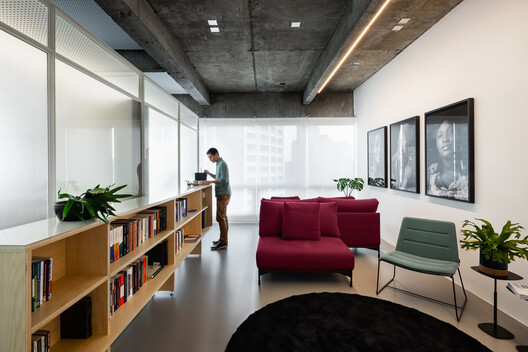