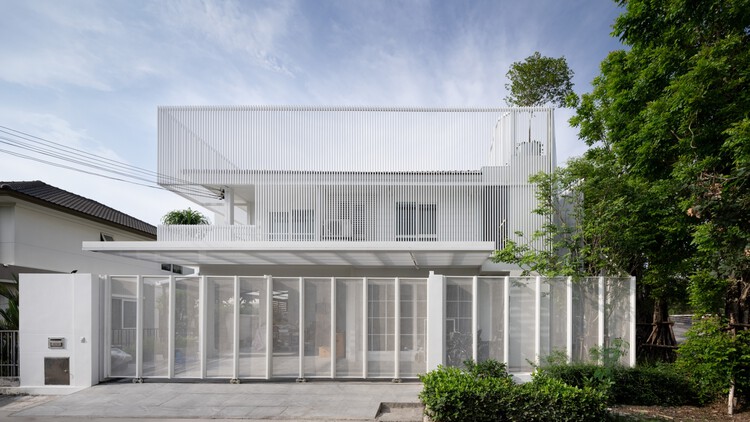 Text description provided by the architects. A two-story single-detached house settles in a village near Suvarnabhumi Airport, with its size of 150 square meters, located in only two-third part of 256 square meters plot. It was too small for a family with five members; a couple with two kids and grandma. The rest one-third of the land was left over with no usage; thus, it is turned into another extension house.

Not only small curve-triangular land shape, but also located at the corner which connects to both sides of public street. An extension shape is similar to a cove which parallel with the curve of the land, in order to use the space to its full potential.

Three-floor is created to combine all functions needed, which are; an activity space connects to an existing house and outdoor terrace with one bedroom for elderly on the first floor, master bedroom on the second floor, and living area on the top floor. Since an existing garden is replaced by the building, it is elevated to the top floor instead, to remain green area with increasing indoor used space of the house.

Steel structure is applied, mainly for reducing beams’ depth which affects total building height, yet it helps decreasing column size which increasing more interior space. Two staircases are placed in different corner which minimize circulation. Double space in between the stairs with skylight allows natural sunlight through downstairs, instead of creating vertical voids with lacks privacy.

As the house located at the corner while privacy is needed, façade cover is required. Vertical aluminum trellis together with perforated metal are used to cover all cove, continuing to an existing house, to harmonize both buildings. 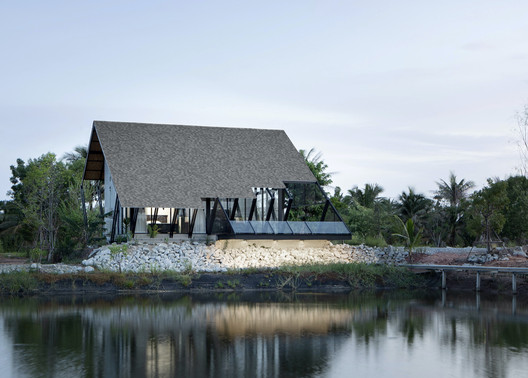 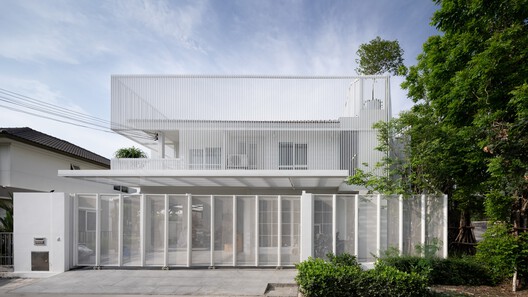