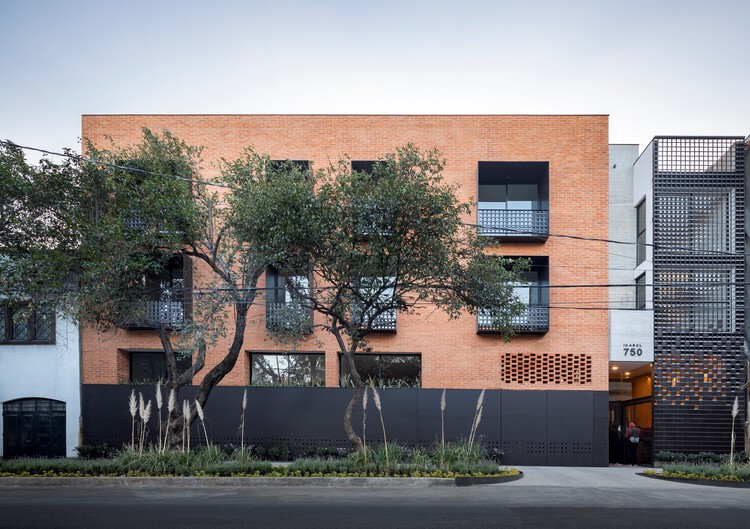 Text description provided by the architects. The building is located in Álamos neighborhood in the south-central area of Mexico City. Starting with the premise of integrating with the area and generating a micro-ecosystem, it is distributed in three volumes. The first one parallel to the street that functions as a facade and establishes the relationship between the building and the city, as well as two other perpendiculars with interior patios. Connections become an essential part of development.

It seeks to generate a relationship between the interior and exterior through a central courtyard that links these three bodies on the ground floor, emulating the old and emblematic neighborhoods of the city, while steel bridges connect the buildings on higher levels. Within the two rear volumes, there are twelve apartments. Taking into account that most of the houses are in these bodies, it seeks to give added value, starting from projecting more private units through the insertion of four interior courtyards, two per building, thus causing views towards their same areas and achieving better natural lighting for all spaces.

Nineteen housing units are divided into five typologies, ranging from 60 sqm to 115 sqm, responding to the demands of a changing society. The property is built with durable elements such as concrete, glass, brick, steel, and wood. It understands and respects the neighborhood in which it is located, appealing to the predominance of the solid over the empty to integrate into the site. The imperfection of natural materials is combined with the search for perfection in working with them. This gives the building an artisan character that evokes the roots of our culture. 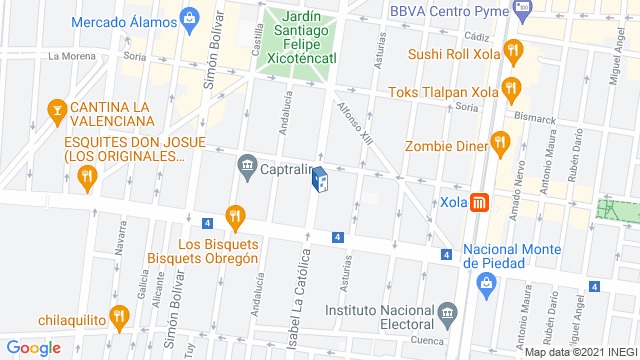 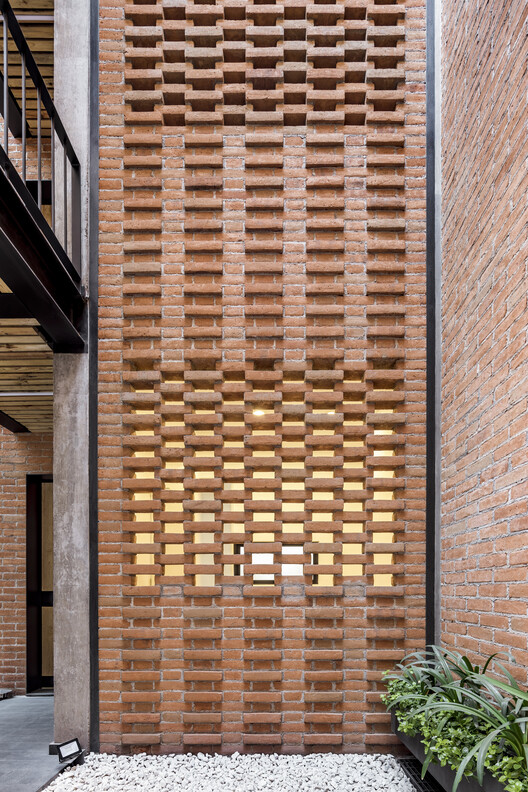 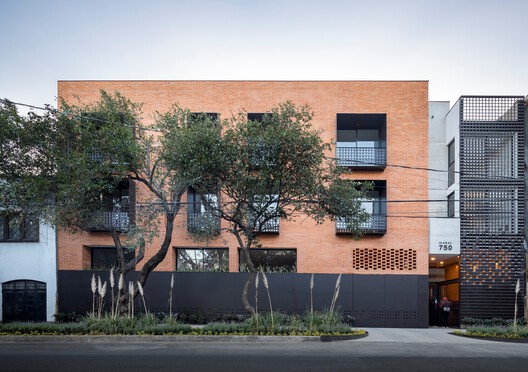