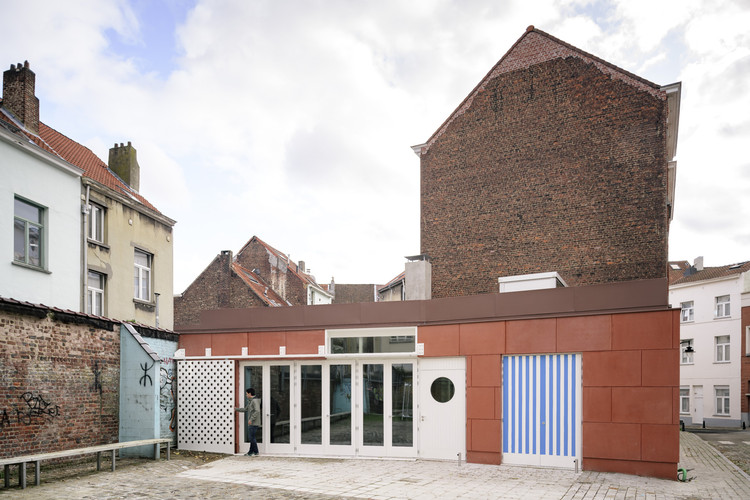 The interaction with the park is crucial, as it was underused before. With big terrace windows and an outdoor storage area with beach chairs, parasols, and toys, the youth center offers new uses and a renewed dynamism to the public domain.

House. The first room is an oversized entrance space, which can be used flexibly (bicycle workshops/exposition space). The second room is a living room that seems to be pushed outside of the building into the patio. The third and largest room of the youth center opens onto the park and at the same time folds around a large chimney, that contains a barbecue. Between the existing building and the new part, there is a kitchen unit, together with the barbecue it can form a gully-fledged outdoor kitchen.

The kitchen and the barbecue gained importance during the participation process with the youth. They form the symbolic heart of the youth center, a place where young people can come home. 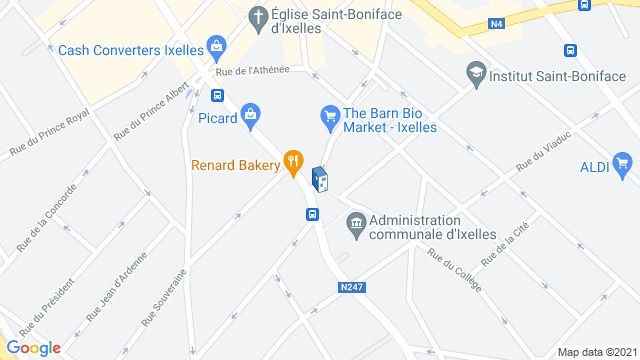 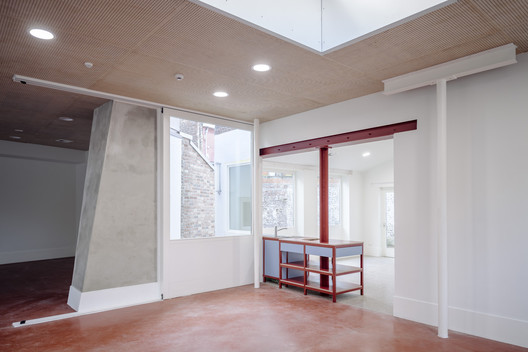