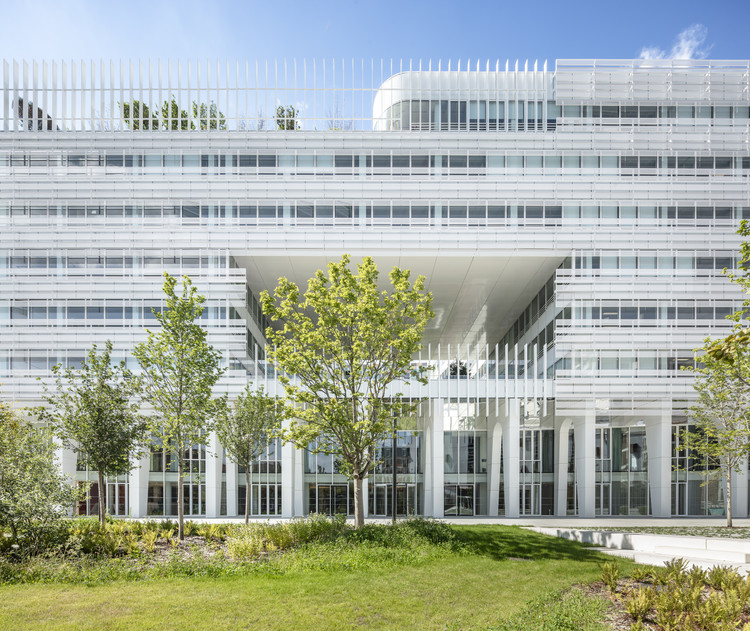 Text description provided by the architects. Europe's richest region has moved from the historic centre of the capital to Saint-Ouen, becoming the first prestigious public institution to settle in Greater Paris.

This vast complex is divided into two buildings which are two variations on the theme of landscape: one is raised above a garden of shade and freshness, the other built around a suspended garden, open on a balcony overlooking the city through a vast loggia. A third garden serves as a forecourt overlooking the city for the whole of the Paris Region Headquarters.

The hall is preceded by a peristyle of arcades that welcomes all visitors and users of the site. The hemicycle, the large multi-purpose room and the public lobby are organised in a vast double-height volume, transparent and bathed in natural light.

On the upper floors, the double-façade, a simple device whose moulding varies subtly according to the orientation, was designed to provide optimum lighting for the workspaces.

The overall image is that of an open and impressive yet frugal institution, in harmony with the metropolitan and climatic challenges of its territory. 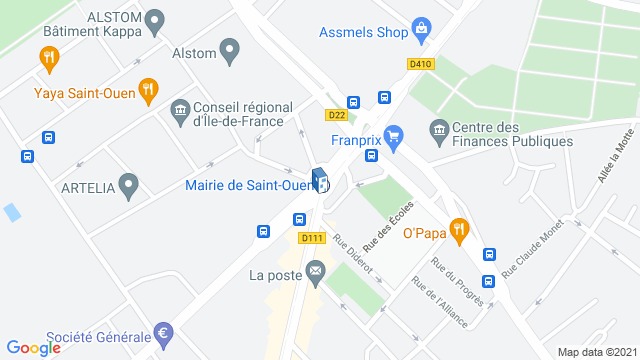 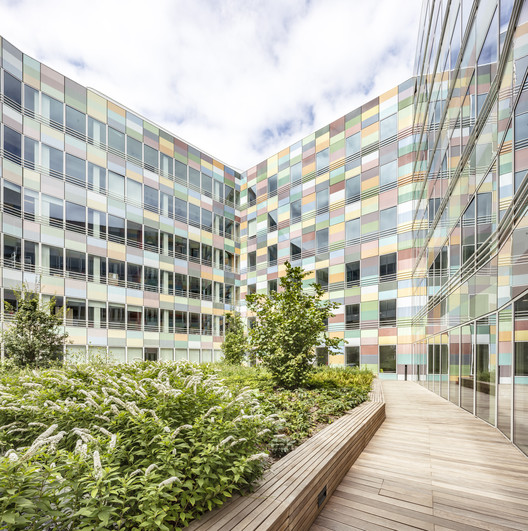 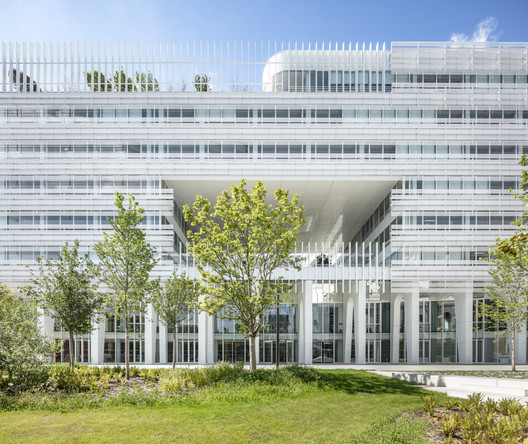