Save
Between Royal Azalea and Silver Grass / D.LIM architects 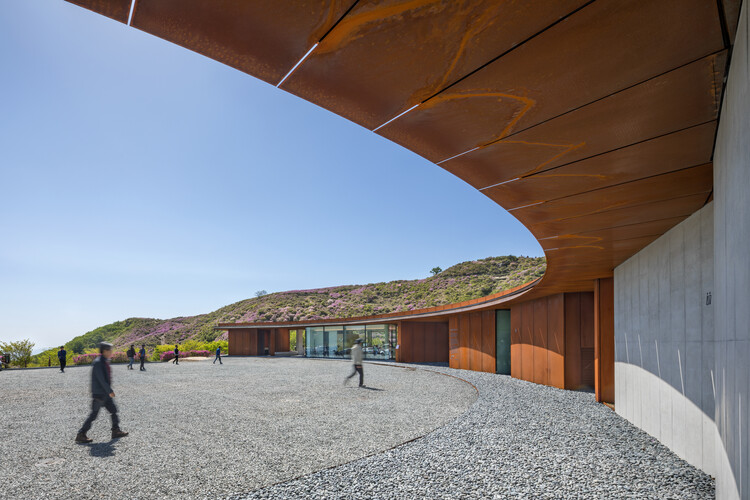 “Between Azalea and Silvergrass” is a rest stop for tourists of Hwangmae Mountain County Park, Korea and acts as gateway to the trail 850m above sea level dotted with azaleas that bloom in spring and with silvergrass in autumn.

The design of this building is purposefully low to the ground, directing the attention to the breathtaking wilderness around it instead. It is further shaped like a crescent moon to emulate the shape of the mountain around it, allowing it to seamlessly blend into the surrounding landscape. In leaving various sections of the building empty, the azaleas and silvergrass peek through, like the smile of a child with missing teeth.

“Between Azalea and Silvergrass” is a concrete frame finished only with iron and glass. The building will slowly merge with the nature around it as time passes. It will change color to match the season, and will become spotted with rust from wind and rain.

Although the Hwangmae mountain began as a pasture created to feed cattle, the azalea and silvergrass created a sight so beautiful, we hoped the architecture would slowly meld with the surrounding nature. It was named ‘Between Azaleas and Silvergrass’ due to the image of the azaleas and silvergrass emerging through gaps in the building; on the other hand, it is also a metaphor for our minds vacillating between a spring outing for azaleas or an autumn trip for silvergrasses. 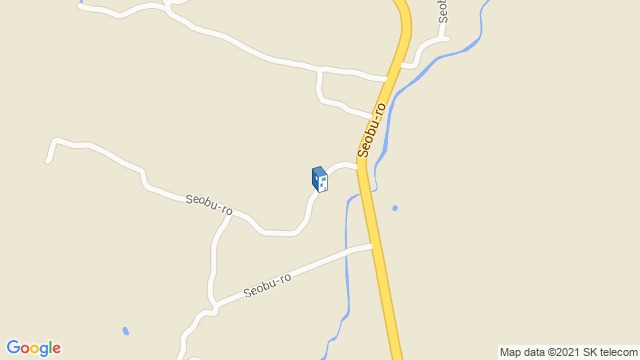 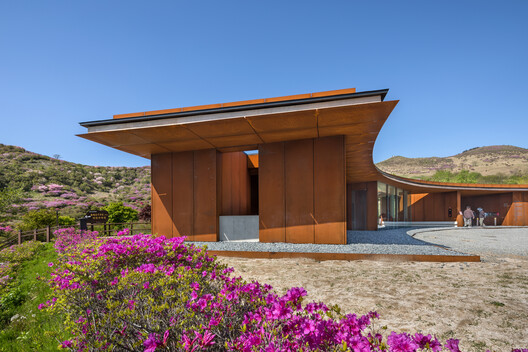 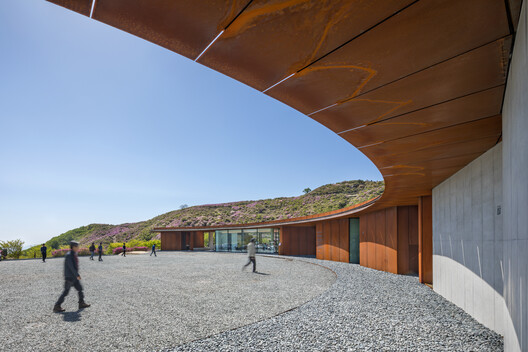