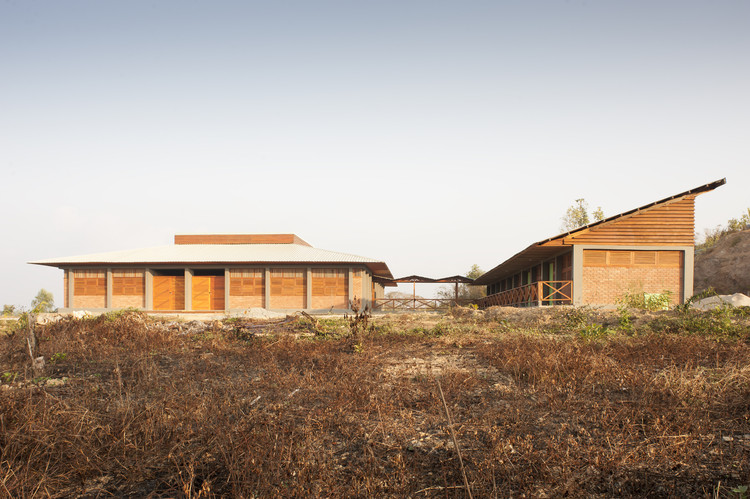 Text description provided by the architects. The non-governmental organisation and registered association Projekt Burma e. V. has set itself the goal of improving the living conditions of people affected by poverty in Myanmar. “Helping people to help themselves” is the motto of the association, which Marion Mück founded in Filderstadt near Stuttgart in 2009. Projekt Burma in cooperation with local partners has already realised various projects in the areas of education, health, water, hygiene and disaster prevention. One of them is the high school in Thazin, which was opened in 2014. The school is the first building that a+r Architekten designed by order of the NGO and had the opportunity to assist in the implementation on site.

Inadequate access to health care. At the opening of the high school in Thazin, the mayor and two community members of the Magyizin village approached the association. They had travelled six hours by fishing boat to personally ask for help. They emphatically described their plight in terms of medical care. Their existing health centre was dilapidated and inadequately equipped. The nearest hospital was over three hours away by moped, an unreasonable distance for seriously ill or heavily pregnant women. After the on-site visit, the board of the association decided that the construction of a hospital should be the next joint project.

Comprehensive room schedule. After almost five intensive years of planning, fundraising, material procurement and construction, the hospital was officially opened in February 2020. With 20 beds, a fully equipped operating theatre, a delivery room and a laboratory, it now serves around 20 communities and 20,000 people as a central hospital. The majority of the hospital equipment arrived by container from Germany on the initiative of Projekt Burma e.V., where it had been donated by German institutions and doctors.

A hill on the side of the village facing away from the sea was chosen as the location for the new building. Thanks to its elevated position, the building also serves as safe refuge during tropical storms and tsunamis. a+r Architekten developed a single-storey atrium house that serves as the main building. The sheltered inner courtyard is the heart of the building; it is both a lounge area and a communal space. Grouped around it are the patient rooms, the treatment and staff rooms, and the dispensary. To minimise the transmission of diseases, the waiting area is located outdoors. The linear side wing with its distinctive mono-pitch roof is accessed via a pergola. It houses an isolation ward with additional rooms for infectious patients, kitchens — for self-catering, which is common in Myanmar — along with storage rooms, washrooms and sanitary facilities.

Inspired by local building methods. While travelling around the country, the architects had studied the traditional construction methods. As with the high school in Thazin, they designed the hospital according to the country’s typical “brick nogging structure”, using a skeleton construction with brick infill. In the case of the hospital, the supporting skeleton was made of reinforced concrete to achieve greater stability and to protect against insect infestation. Architecturally striking features are the movable shading and rain protection elements made of wooden slats and the roof construction of the atrium house with its all-round gable top. In combination, both also ensure constant ventilation — one of the major issues when building in a tropical climate. The underside of the ceiling structure made of timber trusses was largely covered with weaved bamboo mats. In this way, the air flow circulates through the open windows behind the shading folding shutters, upwards through the bamboo lattice and back out again via ventilation louvres in the ridge of the gable top. “There is a pleasant draught everywhere in the building,” says Julia Raff, the project architect, explaining the simple but effective basic principle of cross-ventilation. Since there are no construction companies in the area, the building was largely erected by villagers under the guidance of a carpenter.

The location is developing. The villagers also actively participated in the construction of the hospital, which is officially called Project Burma Hospital. For example, they collected stones on the beach to line the central basin in the inner courtyard. In case of heavy rainfall, water can be drained off in a controlled manner via this surface. In a few years, a sapling tree in the middle of the basin will provide additional shade. In the course of building the new hospital, the Myanmar government additionally funded a house for doctors and nursing staff. Thus, the village of Magyizin is developing into a health centre for the entire region. During the Corona pandemic, the hospital is also used as an official quarantine centre. Since the outbreak of the recent political unrest in Myanmar, many, mostly young people injured in the protests have been treated at the Burma Hospital. 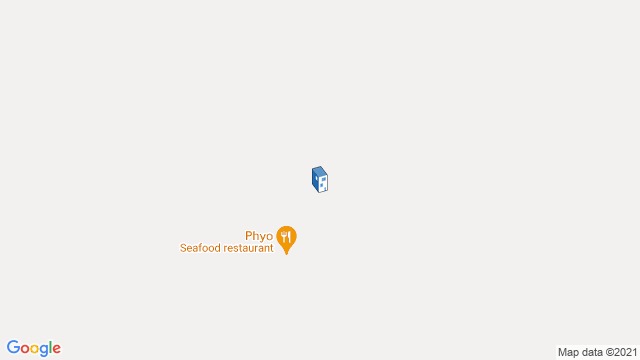 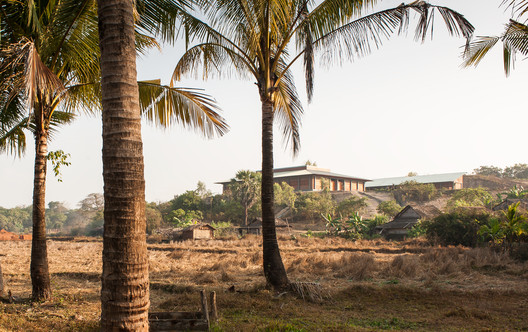 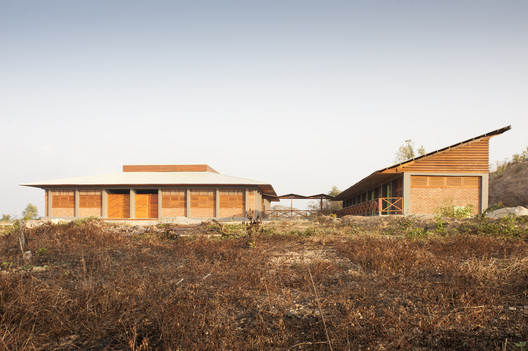