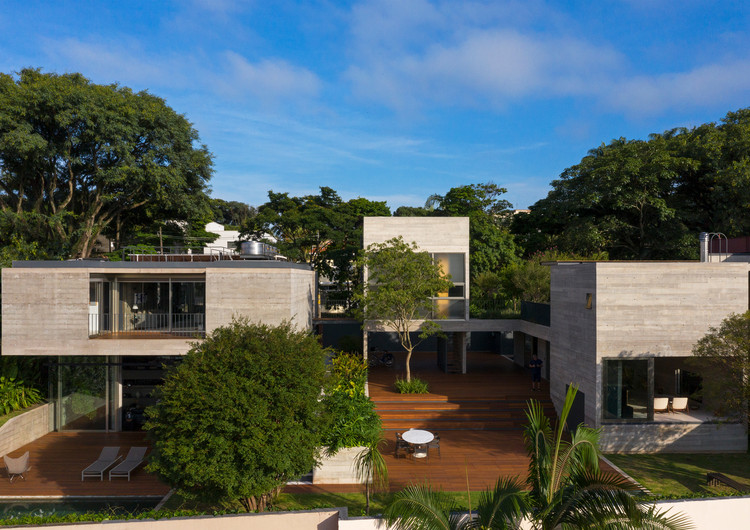 Text description provided by the architects. The matter was to build the extension of a house made 10 years ago. Boaçava house was designed in 2009 and opened in 2012.

Over the years some habits have intensified, others have changed. The children grew up. Part of the residents' office routine started to be carried out at home as well as some activities related to bodily arts workshops.

This project is framing a square that becomes the center of the complex which articulates new uses to existing ones.

The original volume occupied almost the entire plot, respecting the mandatory setbacks, and made a counterpoint with the new exterior open space. There are three façades for this square defined by the buildings: the original house with the pigmented concrete block and the two new wings. Once more it establishes spatial continuity with the street.

The existing wooden floor was extended to all outdoor spaces interconnecting the garden at the bottom with the view for the Pinheiros valley. The horizon completed the square, enlarging the plot.

The sense of permanence remains in the exposed concrete walls. Connections and protections elements are metallic. The two different phases of the work are condensed as if they were waiting for a new complement. In the end we don’t know what was done before, the house or its expansion.

It’s a work in progress like a citadel, a village, with towers, bridges, hanging gardens, courtyards and protected squares.

The Boacava House and its expansion were designed by UNA arquitetos and were coordinated by Cristiane Muniz and Fernando Viegas, currently partners of the UNA MUNIZVIEGAS studio - @unamunizviegas 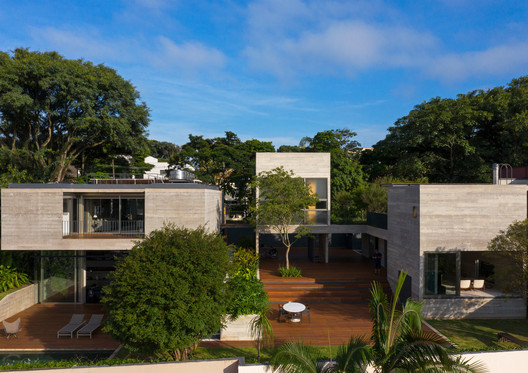