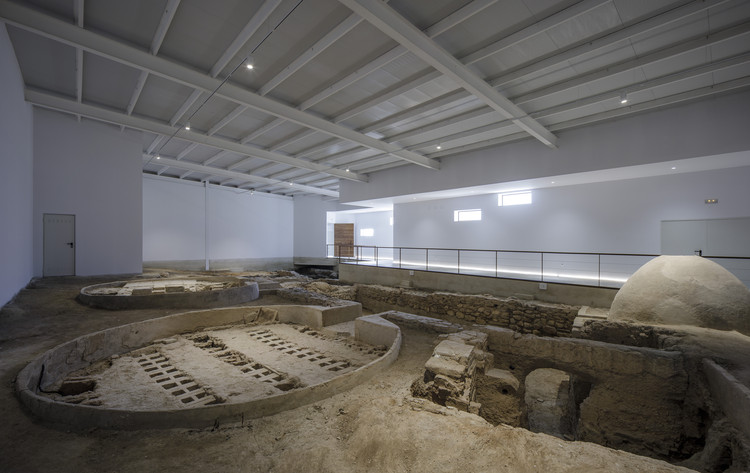 Text description provided by the architects. The Alfar de Los Tejares is one of the best examples of a Roman pottery factory in our country, both because of its location - next to a permanent water channel and several mud quarries - and because of its size and conservation.

This archaeological complex discovered and partially destroyed during the excavation works of a treatment plant, presents two periods of occupation, the first, as alfar, between the 1st and 2nd centuries AD, with productions of common ceramics and construction material; and a second, between the second half of the 4th century and the first decades of the 5th century AD, possibly as a dwelling.

The enclave has seven ovens of different sizes, a service area for the ovens, and a third sector, made up of a warehouse that would perform the functions of pre-hatchery and warehouse.

The archaeological remains are located on the outskirts of the city, next to the municipality's treatment plant, bordering the N-340 to the north, in an area dominated mainly by olive groves and industries that appear around the national highway.

The remains are included in the excavation, which lowers the ground level at its location.

The Alfar Romano Los Tejares Exhibition Center in Lucena is a shell building that develops on one floor, wrapping the valuable existing remains.

There are two areas, a preliminary entrance area with two skylights and space below as a visitor's route to the archaeological remains.

In the first part of access, it will be used for holding events, exhibitions, conferences, presentations, etc. After passing through this multipurpose space, the continuous tour of a perimeter gallery, visualizing the site, serving as an exhibition space, where information about its history can be displayed through projections.

The building is a container of archeology, we have tried to give a sensation of arid terracotta appearance with the facade finish, lime plaster with fiberglass, chromatic and ceramic concept, adapting to the natural landscape and differentiating itself from the industrial buildings in the area. 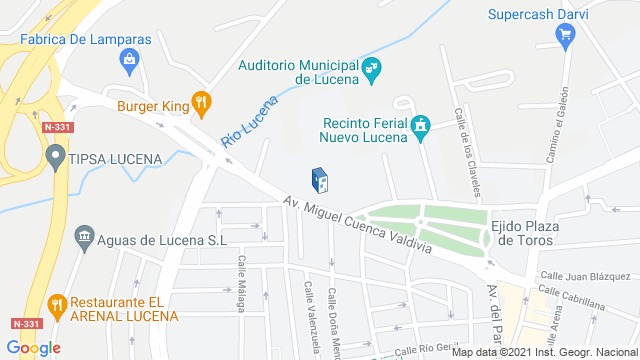 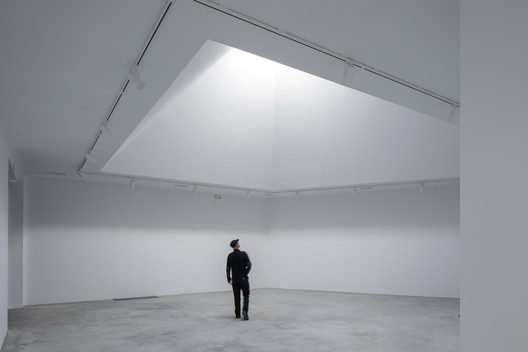 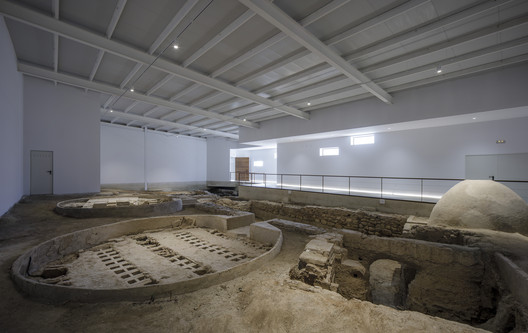 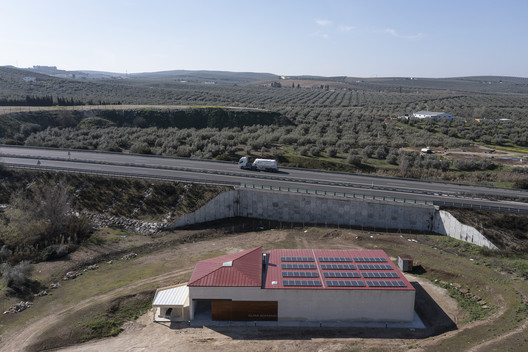