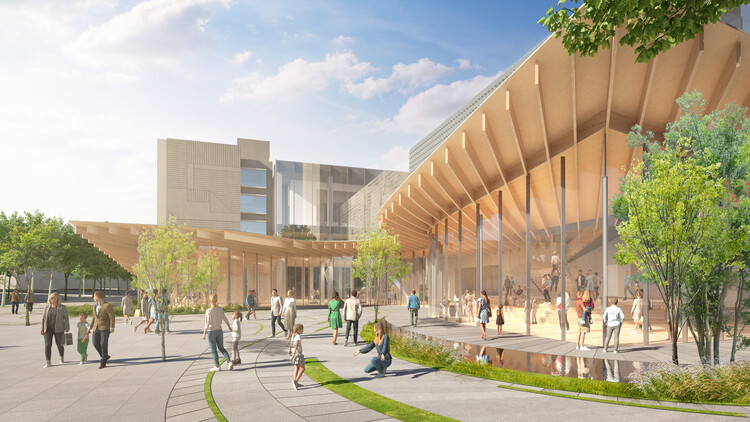 Once a department store, the Gërmia building is one of the most iconic modernist buildings in the city of Prishtina. The place was chosen as the site for a concert hall project, which would create a new landmark for Kosovo. The existing 1970s structure holds a significant place in the collective memory of Prishtina’s citizens; therefore, the competition required the preservation of the existing architecture. Kengo Kuma and Associates winning design refurbishes the existing architecture and articulates the different elements of the program through the addition of a foyer canopy.

The new defining feature for the venue, the roof, contrasts with the modernist lines of the existing building and is designed to foster social interaction. The gesture creates a connection between the different public spaces within the program, such as a restaurant, a gallery and the main auditorium, housed within the different volumes. The canopy will also contain a new temporary exhibition space. The auditorium will showcase an organic interior, in contrast with the rationality of the existing structure, for which the architects cite the natural surrounding as the main inspiration.

Kengo Kuma to Design Milan's Biophilic Office of the Future

The project will also integrate sustainability features into the renovation scheme by adding stormwater harvesting systems and natural ventilation, while the new canopy will feature a green roof. The design is intended to preserve the modernist legacy of Prishtina while also creating a contemporary platform for Kosovo’s art scene. 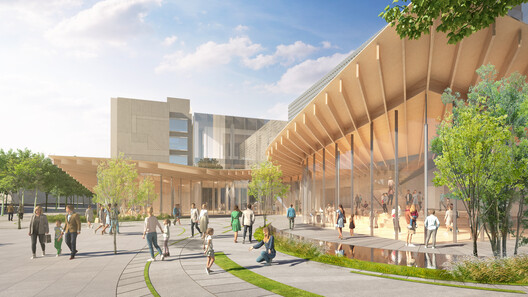