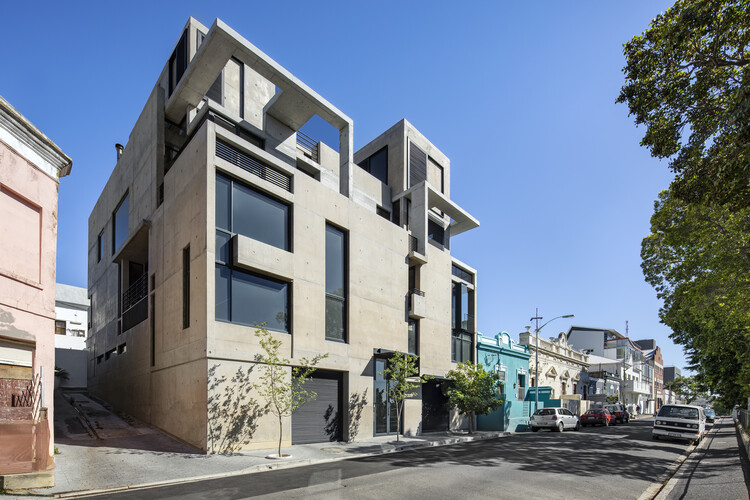 Text description provided by the architects. This project is a small, mixed-use building in a mixed-use enclave on the interface between the central city of Cape Town and the Bo Kaap. The site was initially vacant; bounded on three sides by existing heritage buildings in poor condition, whilst further down the street, a diverse collection of commercial buildings from the second half of the 20th century have replaced the older fabric.

The presence of the retaining wall to the service road gives these buildings a shared podium, meaning that they will always be seen as an ensemble rather than as slices of a city face only ever seen in close oblique. Because the zoning scheme allows for a five-storey building, the land price allows for no less be built, and so the stage is set for an interesting game – how to find a building form which incorporates into itself the tensions of this context whilst developing a coherent presence of its own.

Layered onto the complexity of context is a complex brief or set of briefs. The city demands on-site parking, the street would benefit from an active frontage, the architects need a new studio, and the client, an art collector, wants a ‘skypad’ and insists that it is all made from concrete. The key to the solution is a tightly planned circulation core located front and centre of the site.

The building line restrictions mean that the lift cannot rise to the top floor, and so a two-level penthouse comes into play, with living spaces located at third floor level and bedrooms and a lap pool, en suite to the en-suites occurring at fourth floor level. This placement allows for the mass to be broken down forming a picturesque skyline stepped away from the street edge, with a viewing balcony facing the city and a sheltered terrace looking up to Signal Hill. The pad is held up in the sky by a base, consisting of a pair of double-volume studio spaces flanking the internal circulation.

Their spatial arrangement has a built-in flexibility with shared common uses, allowing it to function as singular studio in the future should the need arise. The lane-way adjacent to the south-west elevation results in a narrow separation in the solidity of continuous facades, sufficiently so to place a diagonal emphasis on this corner of the building when viewed from the street.

The lowest level is a podium of parking, sliding seven bays into the slope of the site through a single slatted-steel screen. Most of the street wall is given over to glazing. A giant order door at the scale of the older adjacent faҫades gives entry to a double-height hallway; overlooked by a bridge that joins the lift access to the studios. Adjacent to the lobby is a small gallery, displaying art to both patrons and to the street. 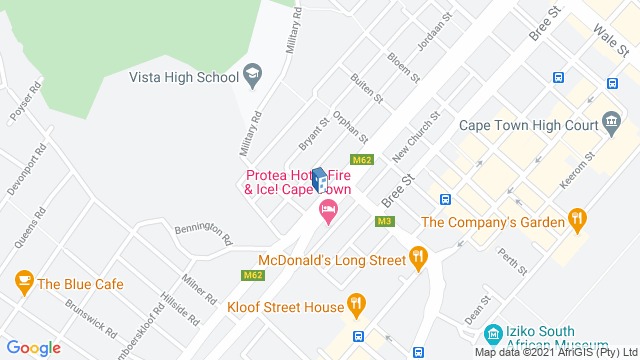 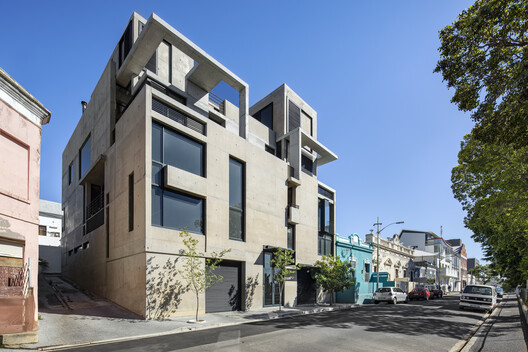