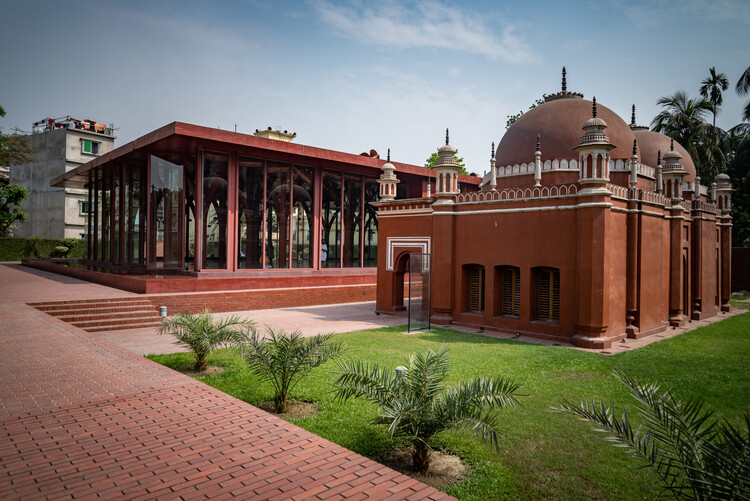 Text description provided by the architects. Inspired by the simplicity of the first mosque in Islam, the mosque in Madina, the Red Mosque takes on a true pavilion form. An array of large six metre tall ‘windows’ let in a welcome breeze, obviating the need for air-conditioning in a climate where summers can get very hot. A shallow body of water encircles the pavilion, separating it from the adjacent garden and plaza while engaging micro-climatic cooling.

The concept of freeness continues to the structure itself: The roof is formed of a series of slabs separated by gaps of light and held in place by columns branching out like trees to hold adjacent sections. In straight perspective, these appear to form arches - a subtle reference to traditional examples, not unlike the old mosque to its west. The slabs rise and bulge at the centre to form an ovoid form, giving a larger central space. Bathed in light, the tall scale of the interior brings in the colors of adjacent greens as well the reddish brown of the older structure.

The mosque owes its success to the sympathetic support of its sponsor, Nasrul Hamid MP. While his brief to the architect was simple - to save the 200 year old mosque on site built by his forefathers - it is his long and unerring support that made it possible to experiment and find appropriate economical structural and construction solutions. Thus was it possible to fabricate the formwork of the ‘tree-like’ columns at site, by local craftsmen using simple manual techniques.

A team led by Prof. Abu Sayeed Ahmed restored the old mosque, documenting each step of the process. Through research, they were able to return the structure to how it would stand two centuries ago.

In an area where there is high levels of pollution, noise and visual chaos, the mosque and its environs are conceived as a sanctuary of peace and simplicity. Palette of materials is limited: Exposed red concrete for the entire structure and local red terrazzo for floors. The open spaces are articulated unambiguously, leaving generous spaces for the gathering of friends or simply for the mind to rest. 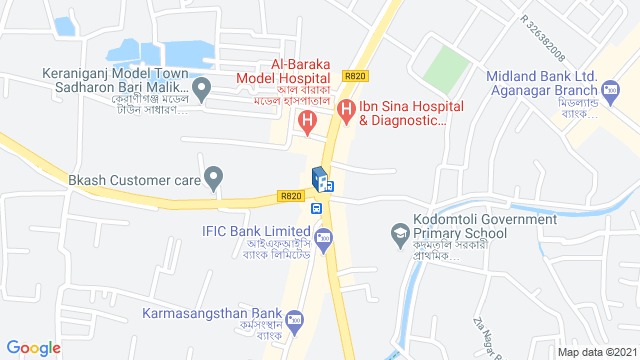 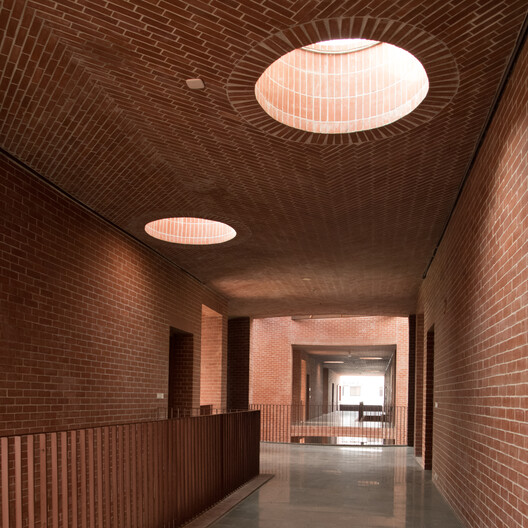 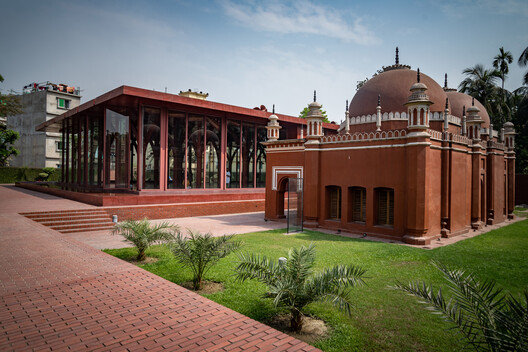