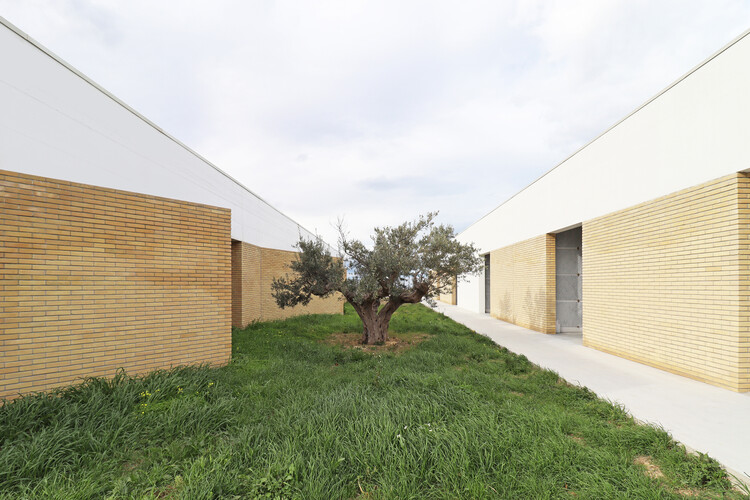 Text description provided by the architects. The extension of the Frisa cemetery is an opportunity to rethink the relationship between sacred spaces and ourselves. In these places we think of our departed loved ones, we walk in silence, perceiving the slightest noises and the most subtle scents, reflecting on our own lives, on the lives of those who have gone before us and those who will come after. Thus, the project intends to amplify these perceptions, creating sober and minimal spaces, open towards the landscape and the horizon. The cemetery is par excellence a closed enclosure, separated from the outside world. A city of the dead that seems to want to hide and be forgotten.

The new extension is conceived as a protected place but conceptually and perceptively open to the outside world, establishing a direct and contemplative relationship with vineyards and olive groves sloping down to the sea. The project is a path. A physical path, leading the visitor from the urban and anthropic space towards the panorama but also suggesting a spiritual path which leads to reflect on the passage from earthly life to death. The complex is based on the creation of an artificial landscape, an architectural space formed by two parallel and opposing fronts on a flat terrain close to a deep valley. In the first building to the west, brick partitions protect and draw shadows over the columbaria portico. These partitions bend to hide the graves from the street view, also creating a triangular patio with a fountain and establishing a spatial tension with the second building characterized by a linear development.

This second block has a completely different typology, divided into smaller areas alternating chapels and columbaria. The brick walls envelop this building too, through a reinterpretation of the typical grids of historic barns. The space created by the two fronts is conceived as a garden freely colonized by local plants, reinforcing the perception of an agricultural landscape that symbolically crosses the project. A large pre-existing olive tree has been relocated on the ground. Unlike the cypress tree, the olive tree is not a typical cemetery plant, but strengthens the relationship between the project and its context, being a faithful companion of the people who has cultivated these hills for thousands of years. The open space is suspended over the landscape.

A system of steps allows the creation of a belvedere and, at the same time, eliminates the need for a parapet that would limit the view of the valley. The project is therefore open, even though respecting the rules of closure and protection of the cemetery from the outside. A place culminating in a white cross, standing out against the blue of the sky and the green of the vineyards. This element "measures" the depth of the space and establishes a limit. It is a reminder of an earlier metal cross that was present in the historic cemetery until the beginning of the 20th century and has been lost. The new extension of the cemetery is not just a place to lay a flower for one's dead, but a place to remember them and listen to the silence, contemplating the land where they lived, aiming the horizon towards the infinite and the transcendent. 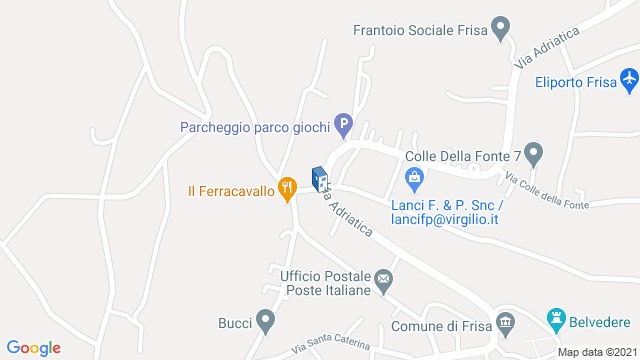 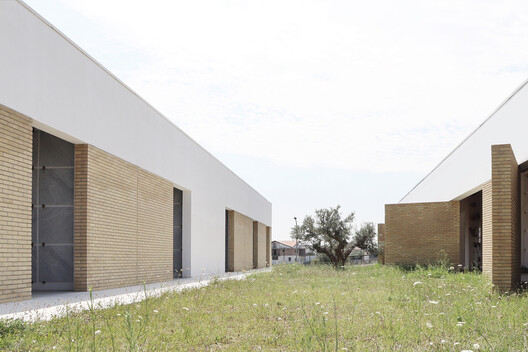