Baca Architects have set out to build the world's largest natural marine observatory in Australia. Taking the form a whale emerging from the water, the project will be built at the end of the Busselton Jetty. Baca was appointed by marine contractor Subcon as Lead Architects for the new project. Called the Australian Underwater Discovery Centre (AUDC), the design will include an underwater trail and dining experience. 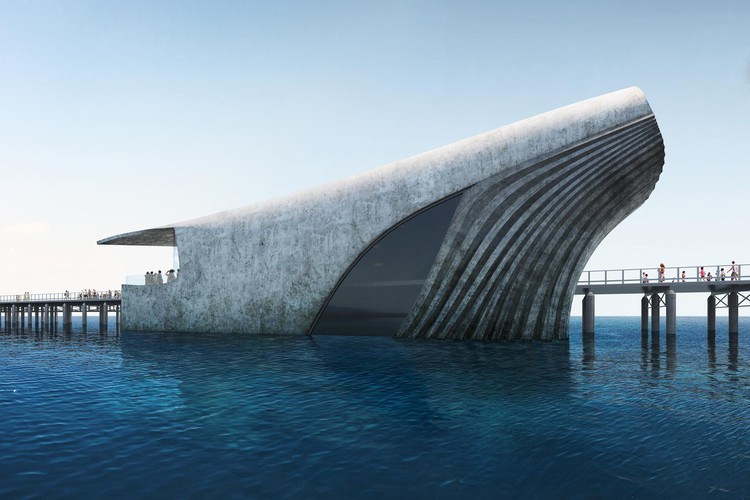 The $30 million project will take guests through a landscaped sequence from their moment of arrival. Bustleton Jetty Chairman Barry House says: “This is as authentic as it gets, because people are in the tank and the fish are looking in. By adding underwater dining, underwater sculptures, marine art and other features, this project will enhance Bustleton Jetty’s 155-year-old experience.”

The marine research center will promote clean oceans and feature public interaction with a research and laboratory to educate people about climate change. Chairman House goes on to say that, "This is an exciting stage of the project, to get feedback on the design that will be a catalyst for drawing people to Western Australia from all over the world, especially those who love the ocean."

Subcon: Blue Solutions is a marine contracting company specializing in building offshore windfarm and artificial reefs, and they are joined by CoreMarine Engineering. Construction for the AUDC aims to start in the middle of next year, with the center open by December 2022. Bustleton Jetty managers are aiming for more than 200,000 new visitors in 2023 bringing the total to more than 900,000. 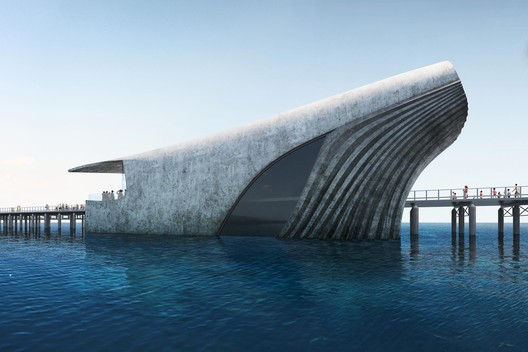