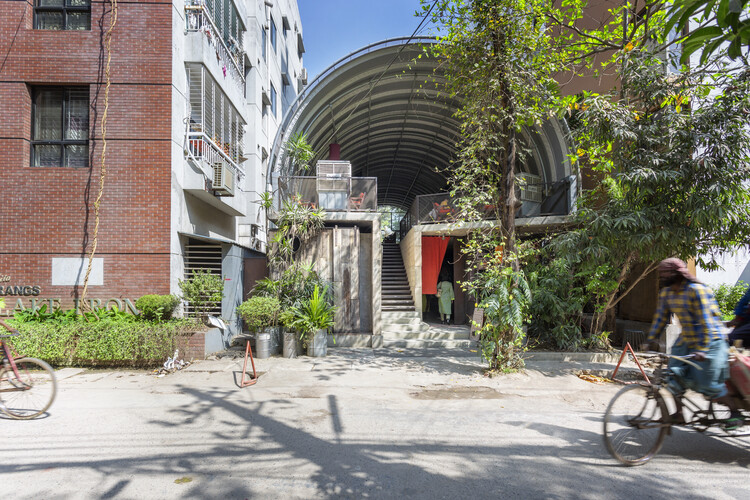 Text description provided by the architects. AJO, in Bangla is often used to describe something old, left out or irrelevant to its time. The word was used by the restaurant’s Founder and ideator Khaled Mahmud, as the idea was to convert a left over space and turn it into a unique cafe near an art gallery. It was a very popular hangout space among people including artist, thinkers and designers. It acted as a platform where any one could meet and talk with artists and intellects.

But as the project was shut down in early 2015 due to property lease expiration, it was difficult to find a similar setting. With a beautiful park connected at its back, they finally found an empty plot of 234sq.m beside a small residential street at Uttara, the northern end of Dhaka. Apart from being a Cafe and restaurant, Ajo’s Owner wanted to create an Eastern place, where people could feel connected and instantly find an attachment to the space subconsciously. ‘WABI SABI’, the Japanese term for art of appreciating imperfection was constantly discussed to generate the essence of the new Ajo.

The challenge was to find out what constituted the memory of the previous restaurant and how it could be recreated in a completely different context. The final Structure has been designed as a pavilion, which resembles traditional character of this region; to have a roof over your head casting shadow while the landscape and wind flows through. With necessary amenities, the only controlled volume was the kitchen.

The dining areas have been placed on top of it and on both sides at ground level. This whole arrangement has been covered with a prefabricated metal vault which allowed free movement of air and light. A void was cut open in the vault to place a large tree inside the dining area. A perforated metal screen has been devised that allows light and air but breaks the heavy rain. From the park‘s end, a frame with fixed glass panel has been placed three feet deep keeping gap with the vaults profile.

This allows air leakage and easy ventilation but protects the loft from driving rain. The details in the interior were done in a very loose manner with modest furniture, to make people feel relaxed around the new space. The top floor has been kept open largely to encourage weekly gathering of community adults/ children for discussion on contemporary topics and cultural ethics. The restaurant works as a creative gathering space where people come to dine, relax and talk about their Ideas. Inspired by the events, this new premise has been named as ‘Ajo Idea space‘. 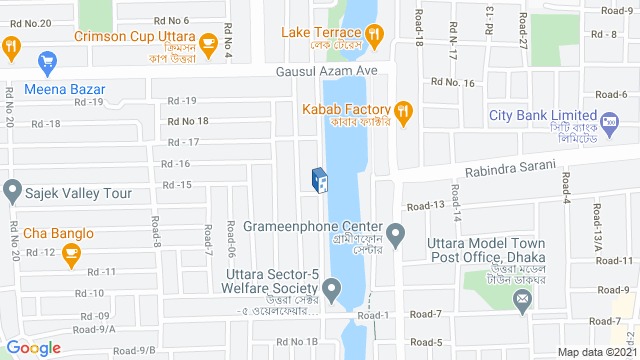 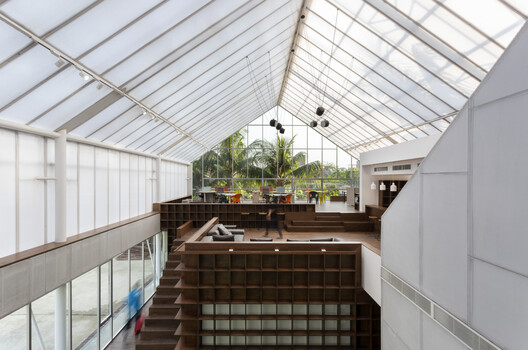 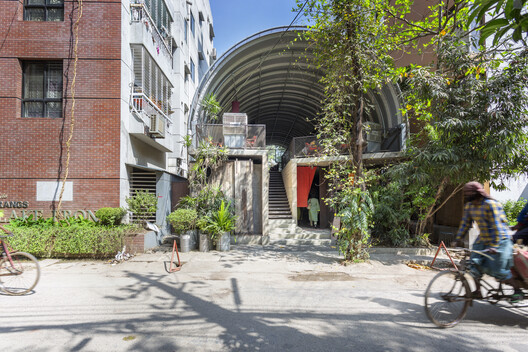