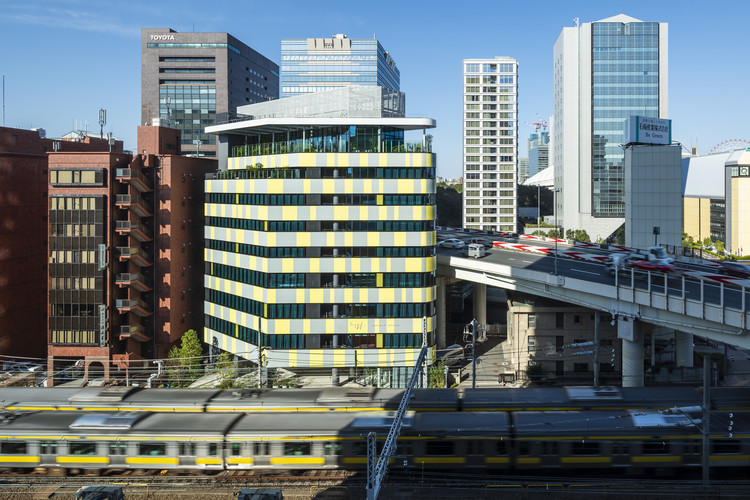 Text description provided by the architects. Toggle Hotel is truly an urban hotel, located in the heart of Tokyo. The triangular site is bound by the Metropolitan Expressway flying over an extension of the historic Imperial moat on one side, while the Chuo Line, the main railway line that crosses Tokyo, runs past on the opposite side.

The building was designed to be a new iconic landmark, which reflected Tokyo’s energy and vitality. So often one passes buildings on a train or in a car and they seem nondescript, so it was important for Toggle Hotel to stand out and become its own advertising. Something to recognize and help locate you in Tokyo's urban jungle.

Responding to the grey monochrome urban setting the architecture and interior of Toggle Hotel is all about movement and colour. The architecture emphasizes the horizontal movement of the cars and trains, with continuous window bands which trace the dynamism of the urban infrastructure and express speed. The fresh yellow and the concrete gray pattern was inspired by the graphic patterns on the expressway. Although the design and colour of the building were approved by the city council almost 2 years ago, KDa were totally on point as the exact grey and yellow are this year's Pantone Colours of the year!

The reception lobby is located on the top floor of the building which also acts as the cafe and main social hub of the hotel. Glazed on 3 sides, generous green terraces give great views of the city and the 50,000 seat Tokyo Dome which is located nearby. Fans for concerts and events will be some of the guests that use this hotel.

The hotel gets its name Toggle from the notion that you can be ON or OFF at the hotel. On for work or off for leisure - or equally off for work and on for leisure. Whether you are staying at the hotel for business, leisure, or just for train spotting, each stay is guaranteed to be colourful, different, and fun! 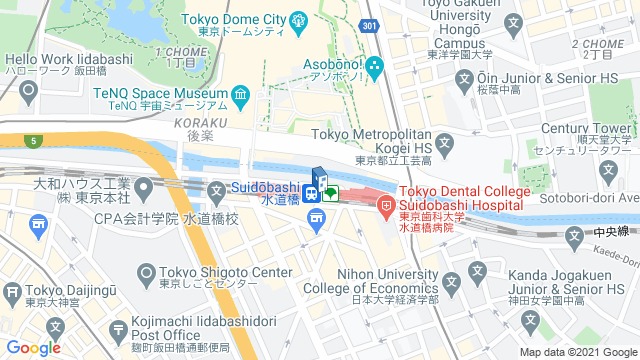 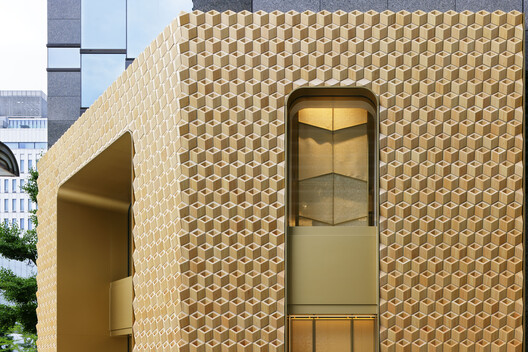