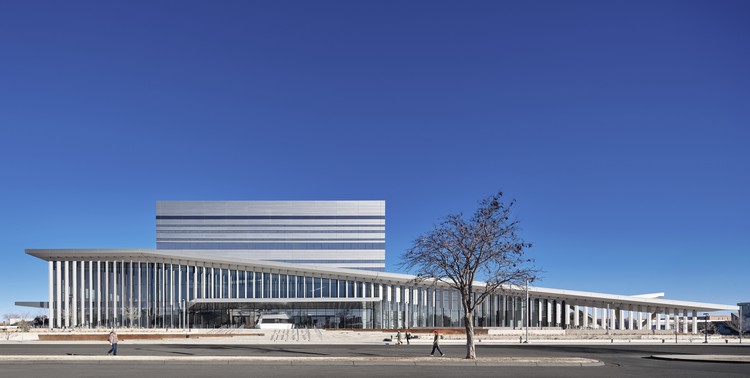 Text description provided by the architects. The Buddy Holly Hall of Performing Arts and Sciences is a new state-of-the-art performance venue in Lubbock, Texas designed by Diamond Schmitt in association with Lubbock architects Parkhill and MWM Architects, built by Lee Lewis construction, and developed by Garfield Public/Private LLC on behalf of the Owner, the Lubbock Entertainment and Performing Arts Association (LEPAA).

Lubbock, the birthplace of the hall’s namesake, is now home to West Texas’ largest dedicated performance venue—bringing under one roof the city’s vibrant performing arts community including the Lubbock Symphony Orchestra and Ballet Lubbock, and the Lubbock Independent School District along with a variety of professional touring music and theater productions. Opening early 2021, The Buddy Holly Hall anchors Lubbock’s arts and culture district and features the grand 2,297-seat Helen DeVitt Jones Theater, the more intimate 415-person Crickets Theater, and other flexible spaces for rehearsal, events, and performance, as well as a restaurant, two multi-purpose rooms, and an outdoor tiered and covered amphitheater. The Buddy Holly Hall is a landmark destination that grew from the community’s needs, inspired by Lubbock’s physical and cultural landscape.

The building’s modern exterior design draws from the prismatic and layered rock formations of Texas canyons. The hall interior’s adaptive layout is tailored to its unique and wide-ranging performance line-up. Targeting LEED Silver, the building’s façades meticulously balance various approaches to creating shade to counter the South Plains Region of Texas’ extreme temperature fluctuations. A long overhang, angled concrete fins, and deep-set ribbon windows all act as architectural drapery to cool the building and filter light without obstructing the views of the wide vistas surrounding the hall.

Dissolving the threshold between indoors and outdoors, the hall’s use of glass at ground-level entrances creates an inviting and seamless transition for visitors entering and exiting the hall. Inside, the building moves from spacious public lobbies to more liminal spaces leading to several intimate studios and finally, The Buddy Holly Hall’s two signature theatres which were designed, in collaboration with partners Jaffe Holden Acoustics and Schuler Shook Theatre Planners, to ensure premier acoustics and optimal theater capabilities no matter the type of performance or sound level.

Both theaters achieve pure and crystalline sound on par with the world’s leading performance halls through extensive acoustic modeling and precisely placed acoustical banners which enhance the clarity, consistency, and constancy of tone in the halls. Additionally, the seating in the Helen DeVitt Jones Theater can be reconfigured to accommodate the hall’s vast range of programming. 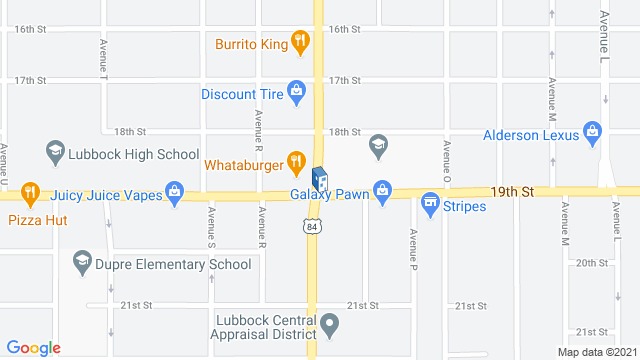 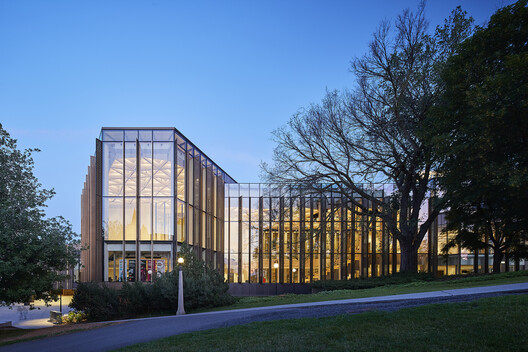 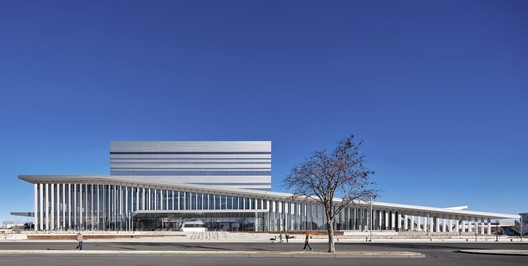