March 9 of last year marked Luis Barragán's 119th birthday and, in celebration of their namesake, the Barragan Foundation announced via their Instagram that they were launching the institution's newly revamped website. This signified two things--one, the absolute effort needed in order to compile every known Barragan work and the value this archive will have in aiding in the study of the architect's work and, two, the sweeping de-mystification of Barragan himself.

At first glance, the website seems scant and difficult to navigate, featuring only a few photos, a tidbit of information here and there, and paragraphs of legal jargon pertaining to the fair use of the material presented. However, except for a few complaints on social media platforms, the website's launch has gone relatively unnoticed and, since this quiet, fanfare-less launch, it has been fed by surprising and eloquent finds.

Coincidentally, or, rather, in the midst of the ongoing pandemic where many libraries have opened their digital archives to viewers stuck at home, this launch coincided with the 25th anniversary of the Barragan Foundation, prompting a much-deserved celebration. At least this was feeling after compiling piece after piece of information, much of which was hidden away in long-forgotten publications and books, old tweets, and obscure anecdotes from past guided tours.

The revamped site has several features indicating the renewed aspirations of the foundation. For one, the site is in English, signaling the expanding audience that it intends to reach.  Secondly, the site is divided into two sections--the first, aptly named Foundation (what could truly be called 'user's manual'), contains the copyrighting and other legal information, the list of materials found within the archive, press kits, contact information, photos of from the Lake Verea duo in Intimate Portraits from the Physical Archive, as well as a compilation of frequently asked questions.

On the other side of the page, visitors will find the Barragan menu, which expands once touched by the mouse. The sub-menu that appears contains three sections: Life, Chronology, and Bibliography. This section contains many glimpses into Barragan's life as a professional equestrian as well as a chronological narrative of the moments that led to his many future collaborations. For example, in the Career section, visitors can see the exact date and moment that Luis Kahn contacted the architect to design the landscaping for the Salk Institute, among other marked occasions in Barragan's colorful and storied career.

It's important to dissect the how and the why of the story that the website attempts to create. On the one hand, we see a biographic narrative that contributes to the myth-building of an architect immersed in his work as well as in his collaborations with colleagues and his dedication to landscapes that often splits him between the intimacy he seeks in his architecture and the commercial demand that it ignites. On the other hand, the Works section highlights the decade of work that Barragan undertook with his associate Raúl Ferrara, a time in his career that has received little attention until now.

The biographic section of the website is by far the most interactive portion: in the Map sub-section we see a list of Barragán's works; however, the only international work listed in the Salk Institute. This is interesting to note because under List of Works, we can see that much of Barragán's work extended beyond his native Mexico, including over a dozen projects in the US, including a collaboration in the 80s with Calvin Klein that included Brooke Shields in its publicity campaign.

The List of Workssection is fundamental in part because the official list of published works was based on the MoMA's exhibition catalogue that only included works up until 1976. The list contained several chronological errors that were never corrected and were repeated through the years with omissions, manipulations, and publications that didn't allow for a thorough study of the architect's work. This section features information on 13 of 170 projects from 5 decades worth of works that include sketches, blueprints, unedited, or unknown, photographs that capture Barragan's processes and his level of involvement in collaborative works.

One of the projects that exemplifies the findings that will continue to add to the website is the landscape design done in collaboration with Juan Sordo Madaleno in the Obrero Popular neighborhood of Mexico City. The photographic register of the work indicates that the gardens have remained true to the original design with little need for maintenance. This could awaken an interest for current residents to replant and revive their green spaces without opening the door for gentrification.

Lastly, the Bibliography section highlights the latest book published by the foundation, Luis Barragán 1990. Historia de una debate(The Story of a Debate)’ compiled by Enrique X de Anda that features an excerpt from Federica Zanco, the director of the Barragan Foundation, criticizing the revision of several debates that ended shortly after the death of the architect and which would be the first subjects of study by experts looking to dispel the Barragán myths. The book, published in 2016 tried to tell us something that was hidden at the time, the same year that the archive was overwhelmed with traffic thanks to the story about Barragán being turned into a diamond.

In 2016, the publication of the book, an exhibition in a New York gallery, and a conference in Mexico City would be foundation's last activities until now. It's because of this that the relaunch of the website has been so significant. It is not a tangible celebration of the content found in the foundation's archive. In the words of its founder: "The value of an archive does not lie in the sum of its individual documents but in the invisible relationship between them." A website as complete and interactive as this one aims to be is the ideal medium to explore Barragan's work. On top of reigniting old conversations with new questions, the archive paints a more complete picture of Barragan as a person and not only an architect. 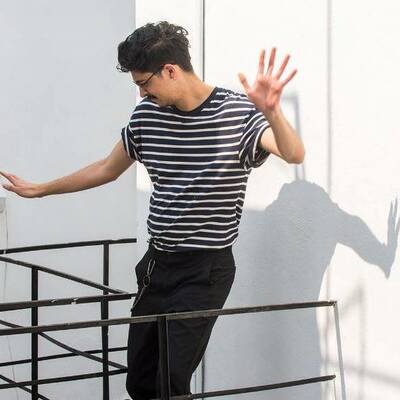